The PlayStation 5 is celebrating its one year old! To celebrate, Sony shares a list of the most played PS5 games since release. What stands out: Only one exclusive title is included. 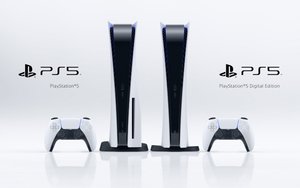 Multiplayer rocks on the PS5

A year has passed since the PlayStation 5 was launched. And to this day it is not sufficiently available that gamers are still hoping for their console in vain. Despite the obvious shortcoming, the PlayStation 5 sold more than 13 million times; Sales of the PS4 were similar in their day. (Source: Daniel Ahmad |)

To celebrate the first birthday of the PlayStation 5, Sony released a list of the most popular games on the PS5, based on the number of hours of play. That Most played game is the multiplayer hit Fortnite, which can be played on almost all other devices in addition to the PlayStation 5. Call of Duty: Black Ops Cold War and FIFA 21. (Source: PlayStation.Blog)

But you also have to consider: The PS5 exclusives are all single player games that logically come to an end. Multiplayer games, on the other hand, are played over a longer period of time and make it into such a list more easily.

25 PS5 games from PlayStation Studios in the works

The list could look very different next year. Because the blog post also shows that currently 25 games for PS5 in development at PlayStation Studios are located.

Games like God of War: Ragnarok or Horizon: Forbidden West will continue to appear for the PlayStation 4.