Today’s special is about graphics cards and the question of which graphics card series you can currently buy in terms of price-performance ratio. The prices for graphics cards not only remain extremely high, but the 3D accelerators are becoming more and more expensive and expensive even in the last few weeks. Nevertheless, we try to give you purchase advice on everything to do with graphics cards. We also look at the price development since the beginning of the graphics card crisis, which we date to September 2020.

The reasons for the prices that have continued to rise since then, which only fell a little around the months of June and July, are diverse. The main reason is that due to a massive increase in global demand for products that require semiconductors and simultaneous production restrictions due to the Covid-19 pandemic, the increased demand cannot be met.

Worldwide, the demand for chips of all kinds has increased massively, as digitization is being pushed forward in many countries and the home office trend also calls for more technology. Consumer electronics are also very much in demand. Apparently there is not even a lack of complex chips, but rather comparatively simple semiconductor components – one could compare it with the fact that building a house does not stall because of a lack of concrete, window frames, power cables or tiles, but because there are not enough nails and screws there.

If a company has not been able to secure sufficient capacities from its suppliers through early contracts or very good relationships or wants to buy costly production windows, it has to get by with the chip shortage. Even car manufacturers have in some cases halted their production for weeks – in some cases there is a lack of magnesium, in some cases and for a long time now there is also a lack of chips that are technically nothing special, but are there for essential functions.

With AMD and Nvidia it looks like they could sell a lot more graphics cards than they are currently producing. It is not the case that AMD and Nvidia have been producing unusually few GPUs since autumn 2020 – rather, for the reasons mentioned above, both companies are not able to ramp up production in order to meet the significantly increased demand. The demand also has to do with the pandemic, and that in several locations. AMD and Nvidia have to and want to fulfill contracts around other things in parallel to the gaming segment, for example Nvidia is also strongly represented in the server business, where there was also an enormous increase in demand. But then there is also increased demand from gamers because of the corona pandemic. Because many people wanted to revive their hobby or even get into gaming from scratch because of various lockdown measures or because they are now spending more time at home because they are worried about being infected. Then there are the gamers who had been waiting for new graphics cards anyway. The Nvidia RTX 3000 series, which has gradually been on the market since September 2020, was already on the radar for many before the crisis. 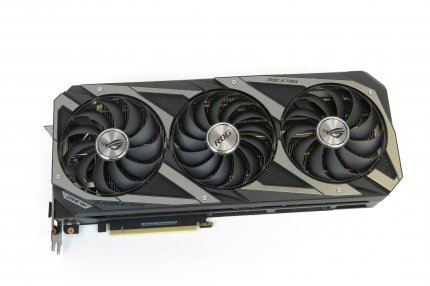 Crypto miners should not be underestimated either. In crypto mining, hardware power is made available to help calculate the amount for crypto currencies such as Bitcoin, for which you are then rewarded in the form of the currency. In the case of graphics cards, the crypto currency Ethereum is mainly an issue, as graphics cards can be particularly efficient here. Because of the global economic uncertainty caused by Corona, more and more people are buying crypto currencies, so that the prices have only just reached new record highs – so things are becoming even more attractive for miners. The fact that miners really influence prices could already be seen in the previous months in the prices of some graphics card series. Because there has already been the case several times that the graphics card series X was significantly more expensive than the graphics card series Y, although Y is clearly faster in games. X is, but shows the better performance when mining, because gaming and mining performance are not necessarily related. Since we do not assume that gamers en masse have the IQ of an amoeba, the reason for the purchase, which is completely overpriced from the gamer’s point of view, can only be that the buyer is either an incorrigible fanboy of the manufacturer or a miner. And just to be clear: We are talking about the prices of graphics cards that have actually been sold and not about utopian prices that nobody commented on.