– The ‘SWC2021’ World Final was successfully completed on the 13th, and Australia’s ‘DILIGENT’ became the world champion.

– At the time of global online live broadcast, the number of views was 1.62 million, and the number of concurrent users reached 255,000, breaking the all-time high.

– Achieved 2.65 million views of live video in one full day after the game ended

The ‘SWC2021’ World Final, which was broadcast live globally on the afternoon of the 13th in Korea time, was held in a fierce battle between eight talented people towards the champion while fans around the world watched. The long journey of about 4 months has been completed.

All matches were held online and were broadcast live through various online channels such as YouTube, Twitch, and Afreeca TV, along with commentary in a total of 15 languages, including Korean, so that fans around the world could watch the game in real time.

The live broadcast of the World Finals recorded 1.62 million views at the time of live, and the maximum number of concurrent users was more than 255,000, exceeding the record of the highest box office of the previous year again. In addition, the broadcast video achieved about 2.65 million views in just one day after the end of the competition, renewing the all-time record once again, confirming the aspect of the global representative mobile e-sports competition.

On this day, about 100 global fans recruited through pre-registration filled the large LED screen and shared the joy of games and e-sports across regions and time lag. Before the match, fans were encouraged to cheer up by revealing cheerleading videos and cheerleaders made by fans. Prior to the full-scale match, a 2vs2 event match was held, where the best players from each region, such as past finalists, team up and fight against each other, heating up the atmosphere.

The World Final was a single-elimination tournament with eight players selected from each regional cup, including Canada’s BIGV and MADREAMDY, Australia’s DILIGENT, Korea’s SECONDBABY and JACK-, China’s TARS, Netherlands’ PINKROID~, and Germany’s ISMOO. . In this year’s SWC, which attracted the largest number of applicants in history and the performances of newcomers were more prominent than any other year, in the World Finals, the first challengers’ reversal play and traditional strong players’ defensive battles took place, drawing a hot response from users.

First, PINKROID of the Netherlands, the first European Cup to advance to the World Finals, and Canada’s BIGV, the first SWC challenger and first place in the America’s Cup, defeated Korea’s JACK- and SECONDBABY, which were expected by domestic fans by advancing together, in the quarterfinals. PINKROID~ won the ticket to the final with an advantageous ban pick in the full set of the semi-finals. DILIGENT, the only experienced and veteran of this year’s World Finals, showed his skillful play in the semifinals against China’s TARS, the first SWC entrant and drew attention as a dark horse, to make it to the finals.

In the final, a match between DILIGENT and PINKROID~ was held. As it was the last match to determine the strongest, there was a tense ban-pick fight, and after losing the first set, DILIGENT took three sets one after another with a calm and meticulous strategy to win the final championship. DILIGENT first appeared in SWC in 2019 and went straight to the World Finals in 2019, a traditional strongman that made a mark on global fans. He won the title of strongest man.

Meanwhile, ‘SWC’ has been held for five consecutive years since its first held in 2017, and has been receiving enthusiastic interest and response from fans around the world every year. Following last year, all games were held online this year, and with explosive enthusiasm, the box office record was again written, proving once again that it is a representative global e-sports competition that the whole world participates in. 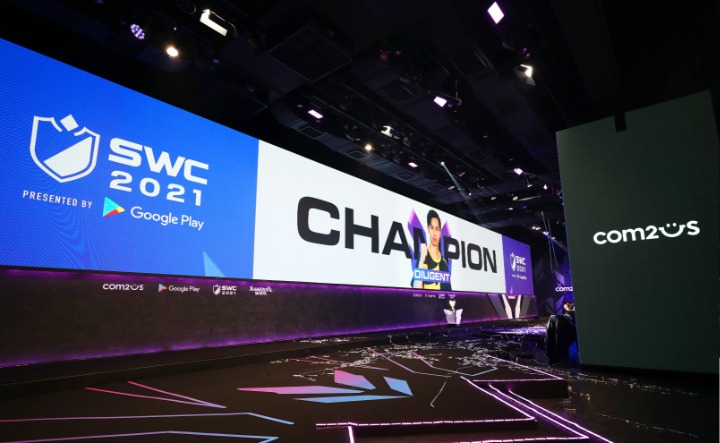