– The game based on the popular animation ‘Teacher Hitman REBORN!’ surpassed 800,000 pre-orders

– Abundant gifts are provided through advance reservations before release

DAMO Games announced on the 15th that the mobile action RPG ‘Teacher Hitman REBORN!’, which is scheduled to be serviced, has surpassed 800,000 pre-registrations.

‘Teacher Hitman REBORN!’ is a mobile RPG based on the animation IP of the same name. It follows the story and worldview of the original, which revolves around middle school student Tsunayoshi Sawada, a middle school student who is timid in everything, and ‘Ribbon,’ a top-notch hitman and tutor who came from Italy one day.

You can easily immerse yourself in the game and enjoy it as you can meet a variety of attractive characters from the original, including ‘Sawada Tsunayoshi’, who is growing with the goal of becoming the next boss of the mafia. Just by following the story in the game, you can see various appearances of characters whose settings and appearance change over time, such as future versions of the main characters and Rambo 10 years from now, and scenes of special moves.

Users can feel the fun of the story that is opened through sympathy as well as the fun of growing based on the nurturing system of such an attractive character. In addition to the story, you can continuously immerse yourself in content such as a rare random BOSS where you can aim for the fun of challenging and the opportunity to acquire rare items, a personal stage that helps character development, and an arena where you can compete.

The official release of ‘Teacher Hitman REBORN!’, which has reached 800,000 pre-registrations with high expectations for its domestic release, is about to be officially released. ‘Teacher Hitman REBORN!’, which is expected by many users and is pre-ordered, has surpassed 800,000 pre-registrations, and in-game items such as gold, random auxiliary cards, costume tickets, energy cards, and SSR Hibari Kyoya are provided to all users.

‘Teacher Hitman REBORN!’ provides 300 diamonds, 2 energy cards, and an in-game profile frame exclusively for Korea to all pre-orders through advance reservations made before release. pay extra

In addition, ‘Teacher Hitman REBORN!’ will give away iPhones and Galaxy Tabs as a gift to those who pre-order when participating in the event on the pre-booking page. give gifts, etc.

An official from Damo Games said, “The game tutor hitman REBORN!, which many people have been waiting for with love for the original, is only a few days away.” said. 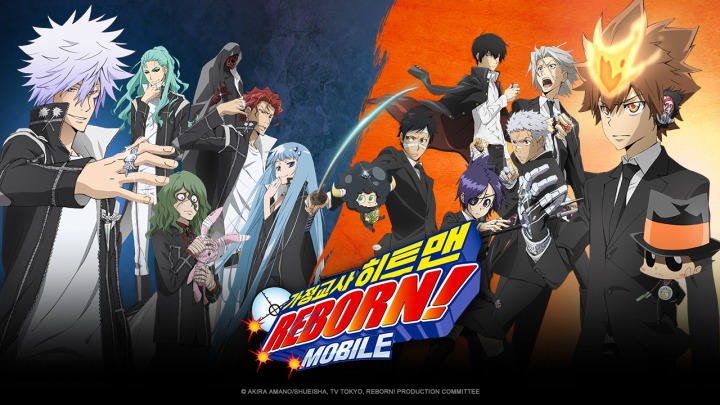