– Riot Games, the final stage of the ‘RiotX Arcane Event’ campaign with an anime arcane theme

– Rich content and items under the theme of ‘Zaun’, the background city of Arcane, will be provided until the 21st.

– LoL, Valorant, and strategic team battle updates were introduced through the ‘Zaun’ event ‘Night of the Underground City’

Riot Games will present ‘Night in the Underground City’, the last stage of the ‘RiotX Arcane Event’ themed on the theme of the animated series ‘Arcane’.

This event runs from today to November 21st. From November 8th to 14th, an event was held with the theme of ‘Progress Day’, the anniversary of ‘Piltover’ among the two cities in the background of Arcane. We present a variety of content. From the 20th to the 2nd day of the release of Arcane’s last story, Act 3 (Episodes 7, 8, and 9), a live-broadcast community event will be held to maximize the festive atmosphere with players from all over the world.

In LoL, through the 2022 pre-season, new items, key runes, target bounties, and two new dragons, the Hextech Dragon and the Hextech Dragon, will appear in the canyon. You can get ‘Arcane by Skin’ by playing the game 3 times or winning 1 time.

Strategic team battle will introduce a new mode ‘Double Up’, in which two players form a team and compete against each other from the 17th. In this mode, the play point is to find the champion ‘Victor’ to complete the ‘Chemical Engineering’ trait combination. As it is a team play mode, you can share your stamina with your teammates, and you can send combination items, gold, and buffs to your teammates at a specific point in time. On the same day, a new watcher agent ‘Chamber’ appears in Valorant. Tattoos engraved on the body had the characteristic of turning into a firearm.

On the 20th and 21st, the finale event to mark the end of the ‘RiotX Arcane Event’ will be broadcast live at the Los Angeles headquarters in the United States. The event is themed under the theme of the ‘Night of the Underground City’ festival with Zaun in the background, and will be broadcast live simultaneously around the world through YouTube and Twitch. You can earn Twitch Drops by watching through Twitch. During the live broadcast, there will be a Q&A session between the arcane crew and the developers of Riot Games.

On the 20th, immersive content, Secret Cinema, ‘Arcane: Entering the Underground City’ will be introduced. This content is designed so that creators from all over the world can directly experience the story unfolding in the world of Arcane. On the 21st, ‘Riot Gauntlet’, a charity tournament between famous streamers and Riot Games’ development and management team, will be broadcast live. The final winner will be able to donate a total prize of US$100,000 in their name to any charitable organization around the world.

Sarah Schutz, Director of Riot Games Experience (XP) said, “I hope that everyone who has been with LoL since the beginning of LoL, as well as those who just discovered Riot Games through Arcane, can enjoy the finale festival.” . 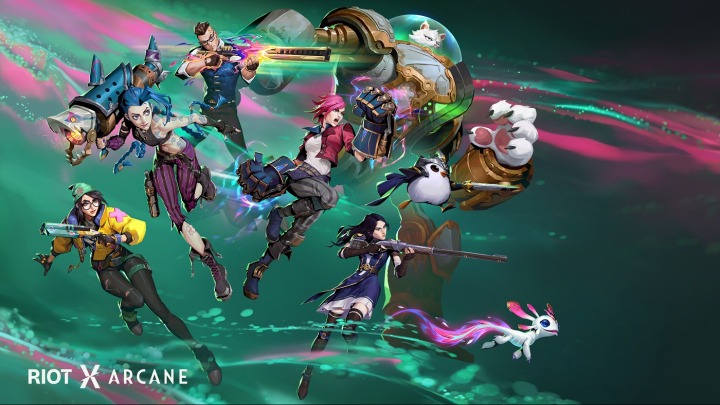