Gravity held a press conference to celebrate the 20th anniversary of Ragnarok Online with two new products in preparation for the G-Star 2021 event held in BEXCO, Busan.

This meeting consisted of explanations about Ragnarok V: Resurrection / Ragnarok Begins / Ragnarok Online celebrating the 20th anniversary and a question-and-answer session. First, each development team sat down to explain the game, and it became a form of asking questions for each game and the development team answering them. The main content and Q&A about the title Gravity is preparing and Ragnarok Online can be found below.

The job composition follows the original, and there are some differences in consideration of some aspects of skill balance. In the continent of Midgard, monsters such as mines and deserts were also planned according to the original. However, considering the fact that there was a natural disaster in terms of the world view, it starts with major regions of the original work such as Alberta and Payon being damaged.

As it is basically a sequel, it inherits the form of the original. However, battle or growth. Some systems, such as the community, have changed. The stalls have become individual stores, and you can choose what kind of story you want to proceed through optional quests. Many things such as NPCs and monsters change depending on the selection, and we wanted to configure it to lead to a different gameplay experience.

PVE reduced the level limit according to the field, and PVP brought light AOS-style combat. The PVP content is composed of small and medium-sized battles with varying levels of difficulty so that both men and women can enjoy it, so we focused on making the controls feel fun. 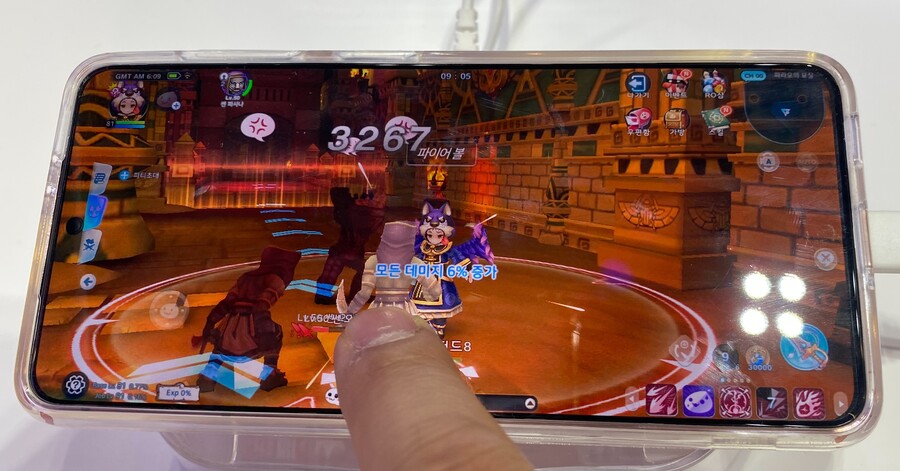 Most areas such as dungeons and fields have geographic triggers. There are various types such as water and bushes, and when entering the area, movement speed decreases or increases. be exhausted Various effects such as recovery are applied to the character. It can be a factor in escaping a crisis situation or defeating the enemy. In addition, the emphasis is on small content such as parties and guilds, such as missions and field bosses.

In addition, various performances have been added. There are only 5,000 story quests, and with the addition of directing, the purpose of reducing boredom and improving understanding of the story is added. In addition, Ragnarok Resurrection is a form in which a large number of NPCs in the original work are active, and it will be presented in a form where you can feel the story after the previous work. 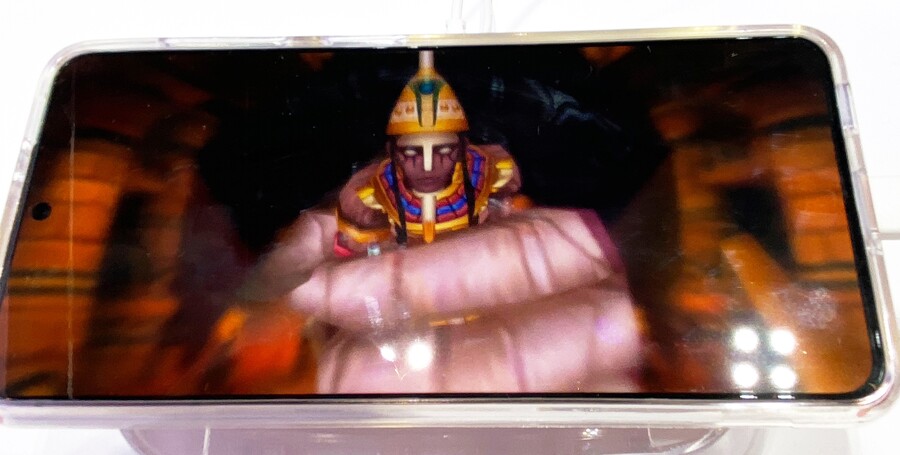 Ragnarok Begins is a cross-platform, side-scrolling new work. This is to make the Ragnarok IP games free from platform dependence and play games without time and space restrictions. Players can play games with players/colleagues on the same game server with one account. Various methods are being considered for the difficulty level between platforms, and it is being designed in a form that does not differentiate the gameplay in the form of a single server.

It is a title in which non-target-type combat is grafted onto the form of MMORPG. Community play is centered around this. The non-target title, Ragnarok Begins, focuses on the pleasure of directly manipulating characters. If the player wants, touch operation using a tablet PC. keyboard. Pad operation will also be supported sequentially.

Interpreting the design features of the existing Ragnarok. I took Beginz’s own setting in one direction. Unlike the existing IP in the side-scrolling play, it succeeded in capturing a new and nostalgic sensibility.

Ragnarok Begins had a CBT in September, and it was successfully completed thanks to your support. After the appearance of Ragnarok Online, it is planned to be introduced to domestic users as a new Ragnarok in the near future. 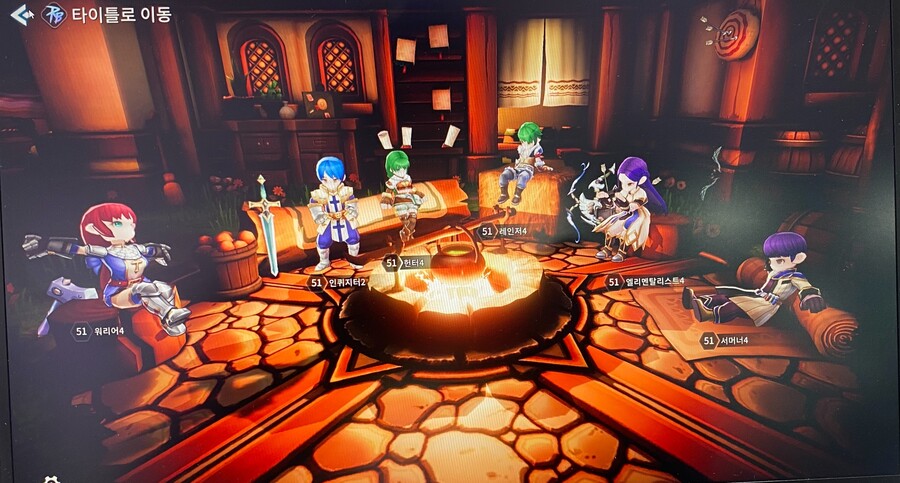 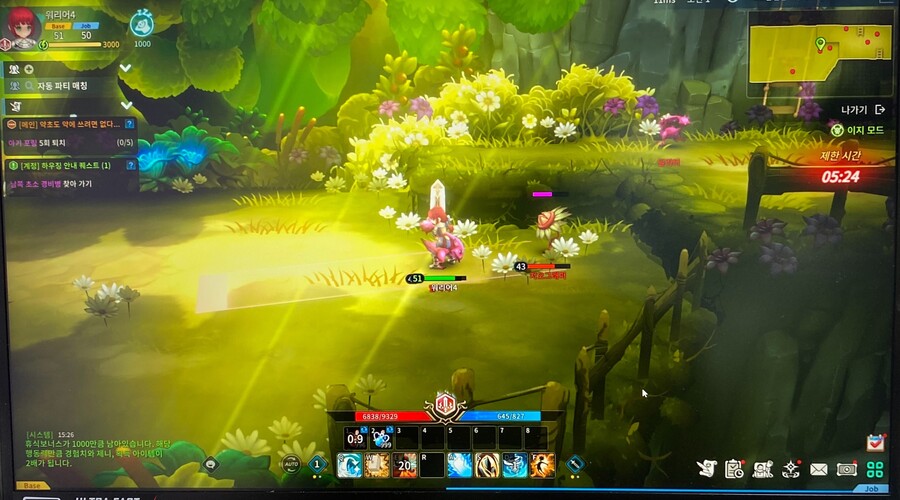 Ragnarok Online, which has been continuously providing updates since the beta service in 2001, will celebrate its 20th anniversary next year, and wanted to deliver the contents of the update to be provided in 2022.

Ragnarok Online is focused on enabling PVP next year. We are aware that it is difficult to use the characters you have developed. Therefore, as part of the purpose of strengthening PVP, we plan to introduce new siege battles and battlefields rather than existing siege battles.

New content created for PVP activation in 2022 is a formula applied to the new PVP. We plan to focus on providing play and fun that is different from the existing content. The current standard is planned as an extension of this form of PVE, but damage inflation occurred as the power of the skill increased along with it, and the result was an easy one-kill in PVP. brought Therefore, in the new PVP, the purpose is to prevent a one-kill situation by creating an exclusive formula separate from the PVE.

In addition, the character’s ability values ​​are also in the plan to introduce a dedicated formula. Compatibility relationships are also being prepared. It was intended to give the fun of PVP according to the compatibility between classes. Even now, classes such as Tank Healer do not clearly show the characteristics, so we focused on adding more interesting elements by introducing antagonism.

In addition, we are planning to update the exclusive items and make sure that the siege and the siege can proceed in a balanced way. The new siege warfare is intended to provide various objects such as trap installation while using a dedicated formula.

The new content, Battlefield, is contemplating about destruction, occupation, and takeover. We pursue the fun of small-scale battles rather than large-scale battles. Destruction Battle is a mini siege mode in which you win by destroying both factions’ Empeliums. Conquest is a Capture the Flag game where you gain points by occupying enemy camps and neutral areas. Takeover is a battlefield where you fight to secure more Empelium. It is being planned in a form in which non-combat personnel can also participate. 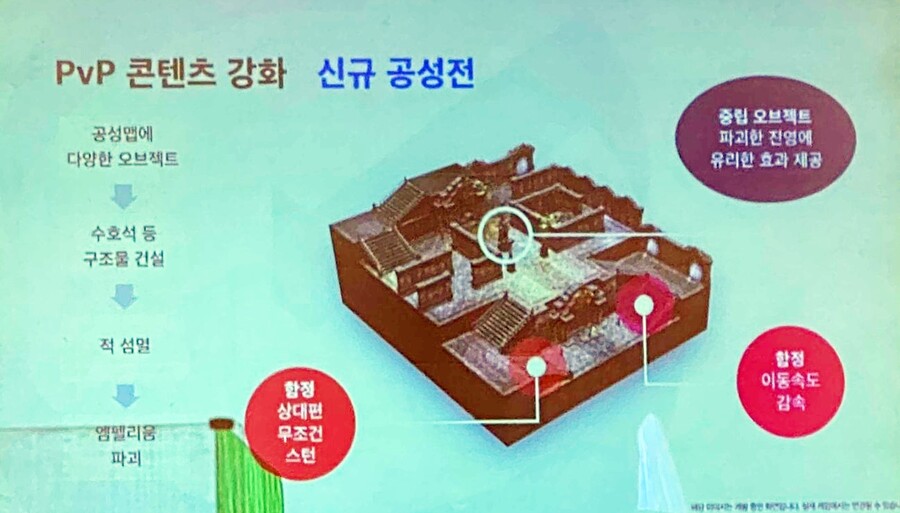 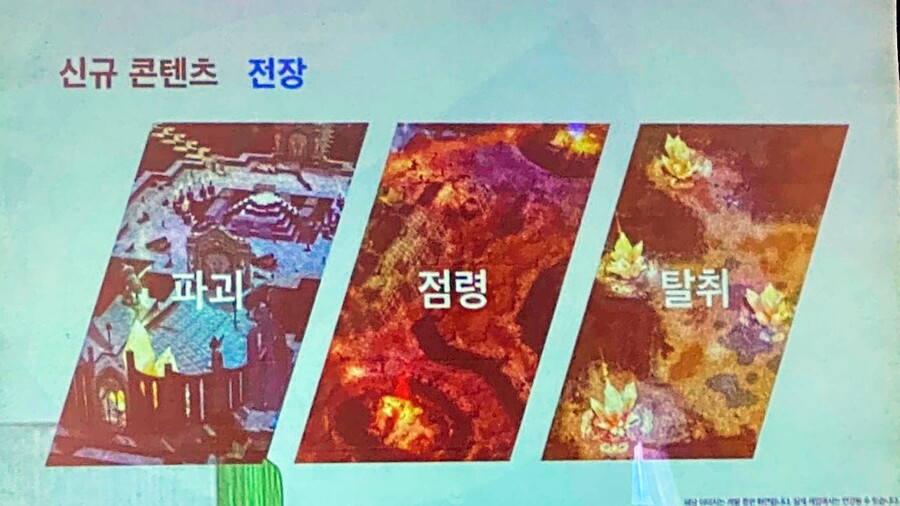 ● Ragnarok V: Resurrection launch time. And what is the regional launch schedule?

= Ragnarok Resurrection is preparing to launch overseas in the first half of next year. The goal is to bring a stable play experience, and Ragnarok V has been communicating with users in Southeast Asia and Oceania.

It is expected that the launch of Oceania will increase the level of perfection of the game. In the first half of next year, it seems that we should focus on services in the Oceania region. When a specific schedule is announced, we will inform you separately.

● There are not many games that make battles in side-scrolling. I’m curious as to why you decided to plan the shape of the game screen with side-scrolling.

= You asked if it was side-scrolling differently from games these days. In the past, games using Ragnarok IP have had many traditional titles. So, I thought about how to differentiate them. I was thinking about making a difference. We decided that it would be difficult to differentiate if we took the same system base. That was the beginning of Begins. Internally, we tested various types of side-scrolling forms. has become its present form. I think that it is being made in a form that is neither too difficult nor too easy.

● In practice, there is a slight gap between normal attacks.

= There was an opinion that it would be nice to have some common hits. This is the part we are concerned about. Since it is a structure in which various skills are used for each job, I am thinking about giving strength to one side. There must be a lot of work before the official launch. Through this process, in a good form. We will try to present it in a form that many users can understand.

● What makes the extended occupation group different from the existing occupation? Is there a possibility that expansion jobs will appear in other games?

= There are currently 8 secondary jobs that have been released. The primary job is a form of transforming the typical job of Ragnarok according to the game as it is in the original. Since the world of Begins was 100 years ago from the original, it was conceived while looking at what the expanded job shown online would look like in the past. For some jobs, the work was carried out while maintaining the shape of the skill. The new job will be considered in the long term, and it will be introduced at the next meeting.

● Cross-platform release. Is there a premium benefit when connecting from a PC room?

= is in the process of being prepared. We can’t tell you exactly, but we will inform you through the official channel when it is ready.

● It was introduced as a PC game in the Begins test, but in G-Star, it was changed to a cross platform. I’m curious as to when you are planning to cross-platform mobile and PC.

= Cross-platform was in mind from the beginning. He gave me a hint that this game might come out on mobile someday. It was a recent decision while we were preparing internally, and only now can I tell you.

● In the last test of Begins, there was an element of obtaining additional stats by engraving the costume. My skill level was high. There are also concerns about P2W. I wonder if there is a possibility of changing the engraving system compared to the time of testing.

= The costume does not include crafting. Basically a beginner’s item. or card. to the costume. Most of the costumes and cards will be set to be obtained in-game. So that it doesn’t look like P2W too. It is structured in such a way that users with no bills or ordinary bills can enjoy it lightly. are thinking

● What kind of particles does Ragnarok Online have for elements such as NFT?

= I think the purpose is to do something that users will like more. NFT is not thinking about it yet because it thinks about stabilizing and packing the service first.

● What do you think is the secret to Ragnarok Online’s longevity?