– Added content such as a fast-forward clock that clears the stage immediately, a view of the snowy kingdom, and a decoration theme with a winter atmosphere

Rumble, a PvP mode, started anew with the second season ‘Rumble: Frostmourne’ set in a snowy field. Grand Rumble is a competitive content that sets up a total of three teams and battles opponents in a relay match method.

In Grand Rumble: Snowfield of Frost, a pet that offers a new combat experience appears. The white snow-covered pets ‘Little Snow Spirit’ and ‘Snow Golem Snow Spirit’ join as pets from both competing teams, and each uses different combat abilities to assist the cookies in battle.

Guild rankings, which form a fierce competition among guilds, have also been added. The Guild Ranking is a new system that determines the ranking among guilds with the sum of the number of trophies in the guild’s Rumble. When the season ends, various season rewards are paid according to the guild ranking. 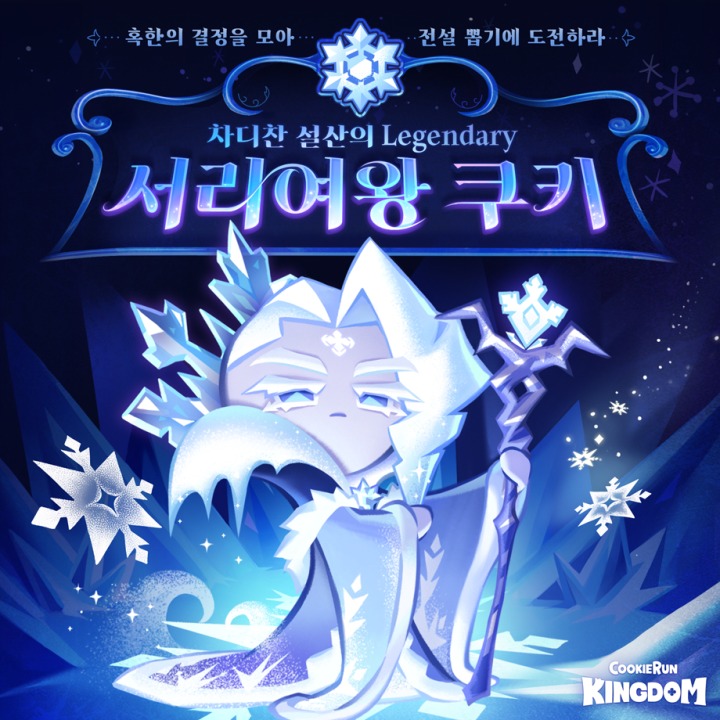 Frost Queen Cookie is a magical cookie that uses the ‘Frost Storm’ skill, causing a frost storm filled with cold energy in front of it, damaging all enemies and freezing enemies hit by the storm. Enemies in frozen state will have their skill reuse cooldown stopped, and take additional damage the moment the freeze duration ends.

Frost Queen Cookies can be obtained through the Legend Draw event, and you can challenge the draw with the ‘Crystal of Cold’ given when you clear various missions. 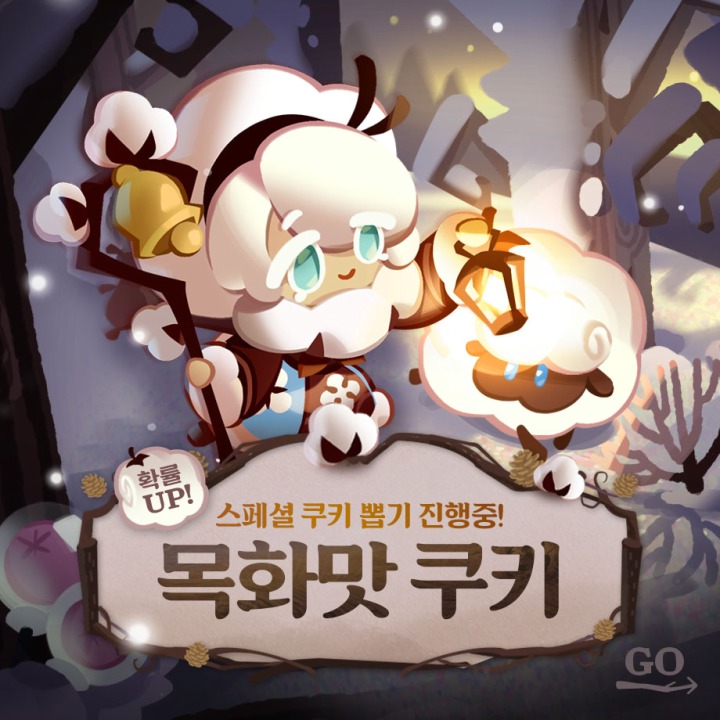 In addition, ‘cotton-flavored cookies’, an epic cookie, have been added. The cotton-flavored cookie, which shepherds sheep with a warm heart, is a support cookie that uses the skill ‘One Warm Lamp’. While the lamp is lit, it restores the health of all allies and summons a sheep that rushes to the enemy camp and inflicts area damage.

In addition, various contents have been added, such as the ‘fast-forward clock’ that allows you to immediately pass the stage you have already cleared and obtain rewards immediately, a snow-covered view that can create a winter atmosphere in the kingdom, and a decoration theme for ‘snow village where the warmth falls’ done.

For more information about Cookie Run: Kingdom and updates, visit the official YouTube (https://www.youtube.com/channel/UCAOTbNctDD0Hg5MG0enQpMQ) and Naver Cafe (https://cafe.naver.com/crkingdom) can be found in