A lot would have to happen that a week without free Epic games. An ice-cold blizzard, for example, that does not allow the admins to enter the data center. Or a huge dungeon into which the assembled Epic troop is thrown. Of course, it would also be conceivable that you listen to Radiohead and forget about the time, because who hasn’t happened to that yet ?!

How do I come up with these three scenarios? Well, because that’s exactly what this week’s free games are about! Because with the heartwarming one Never Alone, the absurdly funny Guild of Dungeoneering and the concept game Kid A Mnesia Exhibition are all very experimental.

The campaign runs from November 18 to 25, 2021. Anyone who strikes during this period can keep all three games permanently. The only requirement: you need an Epic account.

Who are the games for? 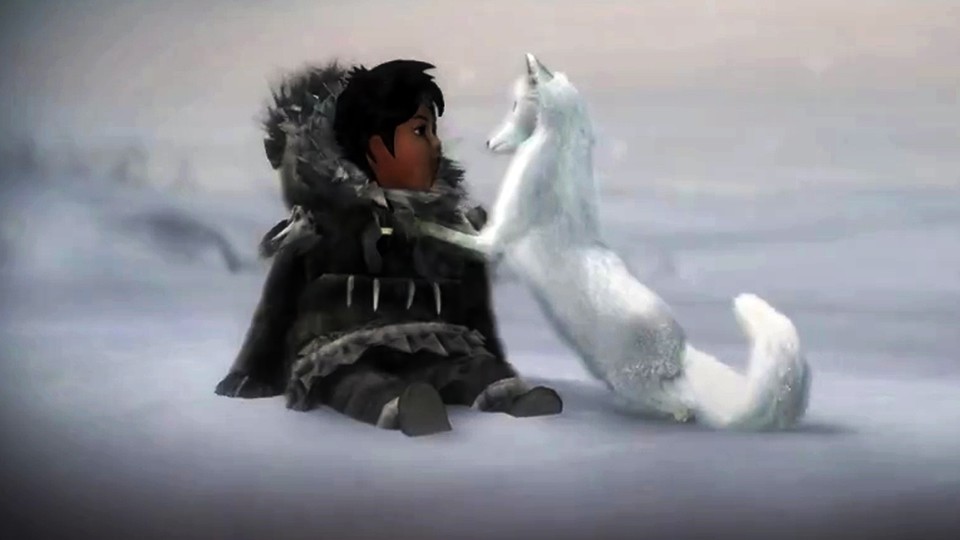 You slip into the skin of Nuna. The courageous girl sets out to search for the cause of an everlasting snow storm and is able to do so in an energetic manner Help an arctic fox counting.

In the single player mode you control both characters and have to endure numerous adventures, explore caves and overcome enemies on your way through the icy tundra. The story of Never Alone was developed in collaboration with the Iñupiat, the indigenous people of Alaska, and is based on their ancient folklore.

on Steam Of over 5,000 players, a whopping 81 percent rate the game positively. The press, on the other hand, rates lower what is on Metacritic is reflected in an average of 72 out of 100 points. And what do we say The best way to find out is through reading our test yourself out.

But it’s best to get your own picture and just follow the link to the Epic website to get the game for free:

Do you like games that one Simply turn the well-known game principle around and thereby create a completely new experience? Then the Guild of Dungeoneering is worthy of your demanding gaze.

Because the turn-based dungeon crawler doesn’t just let you play a run-of-the-mill hero who bravely pulls through the unknown vaults and hits everything that looks like monsters. Much more you control the dungeon yourself and create it around the hero!

You do this with cards in your deck. There are a variety of different maps, such as rooms, monsters, traps and loot – because what would a dungeon be without a worthwhile loot ?! Between the individual games you can then expand your guild, create new adventurers and of course expand your deck of cards.

on Steam is the verdict of almost 1,400 players: Mostly positive. The trade press also endorses this mixed judgment and comes up Metacritic on average to 72 out of 100 points.

Here, too, the following applies: If you are interested, just take a look – or let it stay. The link to the Epic website is here:

The first two games weren’t experimental enough for you? Then the third free title should be something for you at the latest, because here you can hardly speak of a game anymore.

Kid A Mnesia Exhibition is basically a concept album converted into a game. According to the developers, you are roaming through a digital-analog universe that is upside down. So obviously one awaits you musical walking simulator without playful depth. The project was developed in collaboration with Radiohead and provided with original works of art and recordings from the album of the same name, Kid A Mnesia.

Since that game only appears today, there are still no user opinions. Kid A Mnesia Exhibition will not be published on Steam anyway. But hey, the album is coming up Metacritic to a fabulous 97 percent – if you let yourself be exposed to it while playing, it can only be a good time.

If you’re already bobbing your foot and whistling Radiohead classics, you should follow the link to the Epic website:

What is your opinion on this week’s free games on the Epic Store? Could one of the titles arouse your interest, or are you bored and wave your hand and hope for the next week? Write us in the comments!