– In the group stage, we lost to China Dakun Gaming, but placed 2nd in the group.

Rolster Y, who participated in the Horizon Cup, an international League of Legends: Wild Rift international competition as a Korean representative, advanced to the semi-final playoffs with a good record of 3 wins and 1 loss.

Riot Games announced that the Horizon Cup, the first international competition in e-sports history for ‘League of Legends: Wild Rift’, a mobile game using the League of Legends IP, will be held at the Suntec Convention Center in Singapore from the 13th to the 17th. The group stage was conducted, and the final results and rankings of each group, along with the corresponding round of 6 playoffs, were revealed.

Rolster Y, who participated in the Horizon Cup as Korea’s representative, was expected to struggle against the Chinese and Southeast Asian teams, but managed to get the first button well and finished second in the group. Rolster Y, belonging to Group A, started off happily by lightly beating Southeast Asian SBTC esports 2-0, and on the 15th, defeated Brazil’s representative TSM 2-1.

On the 16th, Rolster Y, which had a bout for the first place in the group with Dakun Gaming, the representative of China, who had three wins in three matches, raised expectations by winning the first set, but to Dakun Gaming, who showed a back heart in the second and third sets. They lost in a row and suffered their first defeat in the tournament.

Despite this, Rolster Y, which has been confirmed to advance to the semi-final playoffs, replaced the mid laner Han Seong-geon with ‘Nomel’ Seong-geon against North America’s representative Tribe Gaming on the 17th, and showed a new strategy and operation method, winning 2-0, and placed 2nd in Group A. has been confirmed

As a result of the group stage held for five days from the 13th to the 17th, the Chinese representative took first place in both Groups A and B. In Group A, Dakun Gaming won all four matches, and in Group B, Thunder Talk Gaming recorded a win, showing China’s superpower. Rolster Y took 2nd place in Group A, and 3rd place was taken by STBC eSports, which recorded 2 wins and 2 losses by defeating Brazil and North America representatives despite consecutive losses to China and Korea.

In Group B, Thunder Talk Gaming with 4 wins took the top spot, followed by Secret, the Southeast Asian national team with 3 wins and 1 loss. Sengoku Gaming took 3rd place with 2 wins and 2 losses.

As the group stage was finished and the rankings were confirmed, the playoff bracket was also revealed. Dakun Gaming and Thunder Talk Gaming, who took first place in Groups A and B, went straight to the semifinals, while Rolster Y, representing Korea, will play off against Sengoku Gaming, representing Japan, in the semifinals.

Sengoku Gaming has two Korean players, attracting attention. As Ho-Yeon “Rush” Ho-Yeon played as a jungler and Do-Yeop “Hak” Kim as a mid laner made it to the playoffs, it is expected that the owner of the ticket for the quarterfinals will be decided according to the result of the skill match between Korean players. If Rolster Y wins the ‘Korea-Japan Match’, which will be held on the 19th in a best-of-five system, they will play a quarter-final match against Thunder Talk Gaming, the first place in Group B, on the 20th.

On the other side of the bracket, a civil war between the representatives of Southeast Asia confirmed the match. On the 19th, Team Secret and STBC eSports will play a best-of-five game, and the winning team will face off against China’s representative Dakun Gaming on the 20th. The long-awaited final will be held on the 21st at 9 pm (Korean time) in a best-of-seven system. 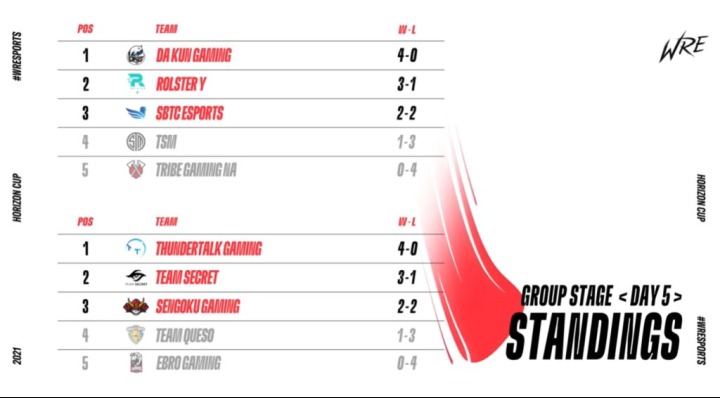 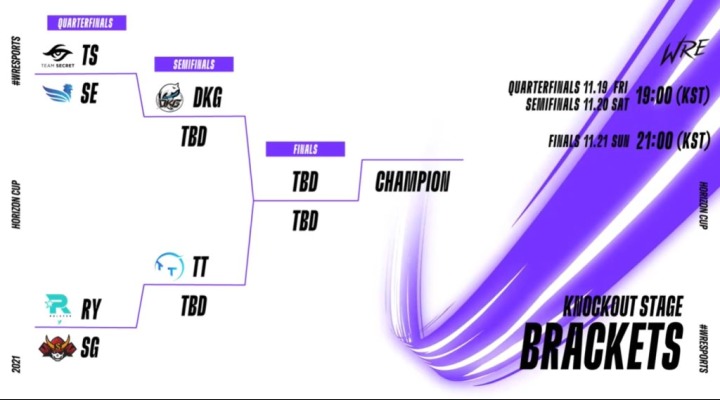