On the 19th, Kakao Games had an interview to introduce ‘Goddess Order’, a mobile side-scrolling action RPG that the company plans to service at the site of G-Star 2021. The event was attended by Bae Jeong-hyun, CEO of RoadComplete, a developer of Goddess’ order, and Jeong Tae-ryong, PD.

Goddess Order is a mobile game that depicts the adventures of a group of protagonists who set out in search of prophecies delivered from the future in order to save the world. It is being developed by Road Complete, which is well known for developing ‘Crusader Quest’, and it is characterized by the developer’s unique 2D dot graphics and action based on manual operation.

The combat system is diverse, from basic attack and defense, to more core methods such as back attack, strike, and break, maximizing the pleasure of action, and focusing on mobile optimization to reduce operational fatigue. In addition, to bring out the joy of adventure, fairy tale-style 2D dot graphics were implemented. In addition to combat, it also provides various modes where you can directly manipulate and experience the scenario situation, so you can enjoy immersive play.

To get a more detailed explanation of the game, we talked to CEO Bae Jeong-hyun and PD Jeong Tae-ryong.

ship: RoadComplete is a 12-year-old mobile developer, and its representative work is ‘Crusader Quest’. It’s been about 7 years since Crusaders Quest was released in 2014, and I’m back with Goddess Order. Thank you.

affection: Goddess Order is a mobile action RPG composed of 2D pixel art. It is a game that emphasizes three things: immersive and exciting battles by direct manipulation, beautiful pixel art, and console-style worldviews and scenarios. The service is targeted for 2022.

● The current development progress is how much

ship: about 70%. The basic look is in place, content is added to improve the level of perfection, and things like BM for service are being considered. 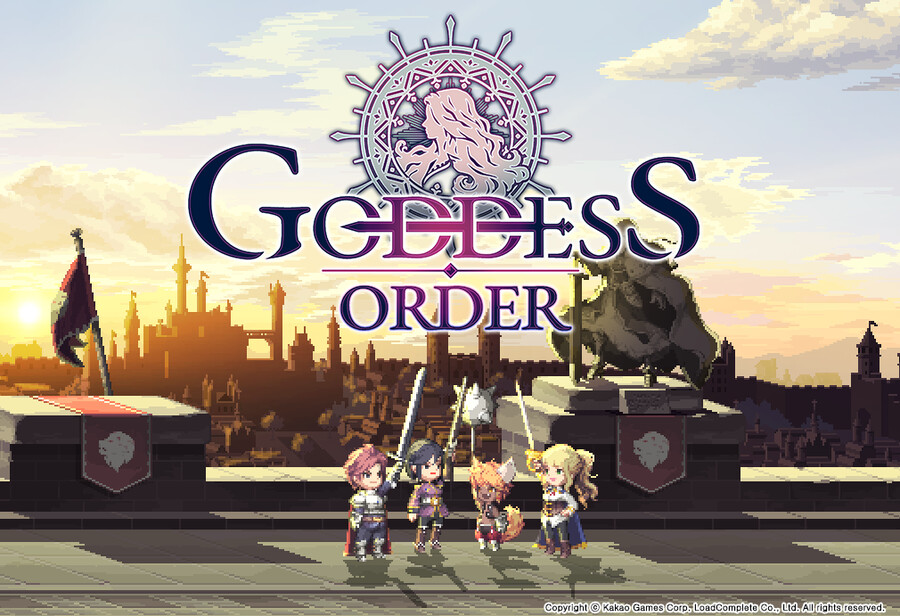 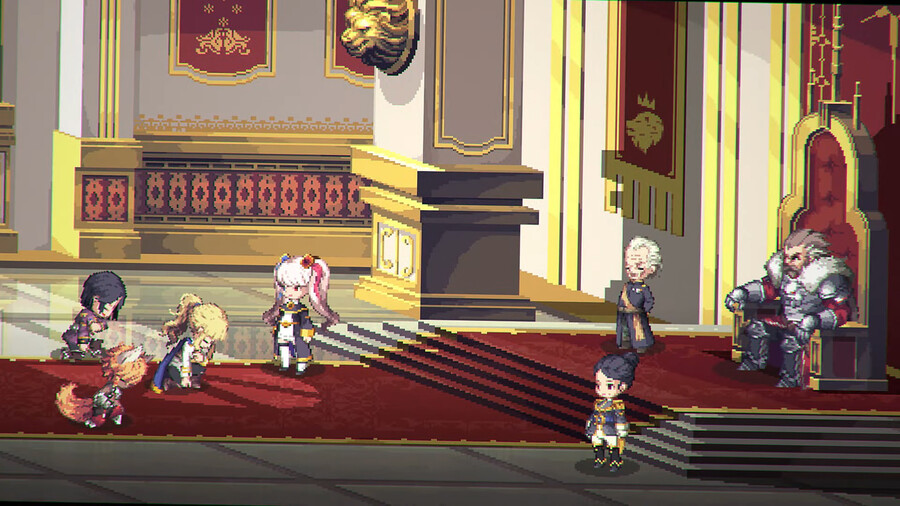 ● The global service is planned in various regions including Korea. In which regions are you expecting a good response?

ship: Although it is not specifically targeting a specific region, it is expected that North America and Europe will respond well.


● Dot graphics stand out. After Crusader Quest, is there any reason why you chose dot graphics once again?

affection: I think there are areas that cannot be achieved without Dot. There are unique romances, dreams and hopes that can be expressed with dots. RoadComplete is really good at making it, and one of the things that users look forward to is the dot graphic, so I chose the dot graphic this time too. 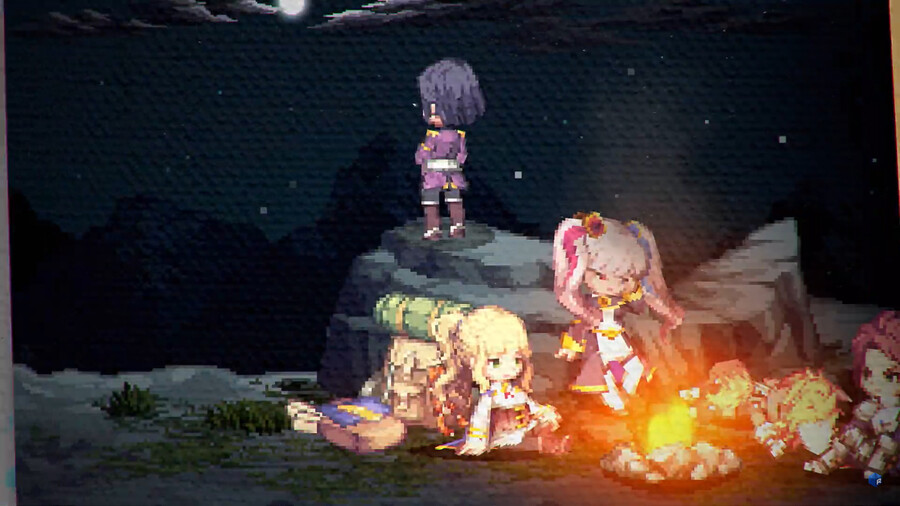 Jeong: Side scrolling can increase the density of battles. Since you only have to deal with the enemies on the horizontal axis, unnecessary manipulation can be reduced, and you can create a workshop where the sum and the sum match. I also considered belt scrolling, the cousin of side scrolling (?). Considering the fatigue of operation that can be felt when playing action games in a mobile environment, I thought that the Y axis should be excluded for more simplified operation. I decided to scroll. 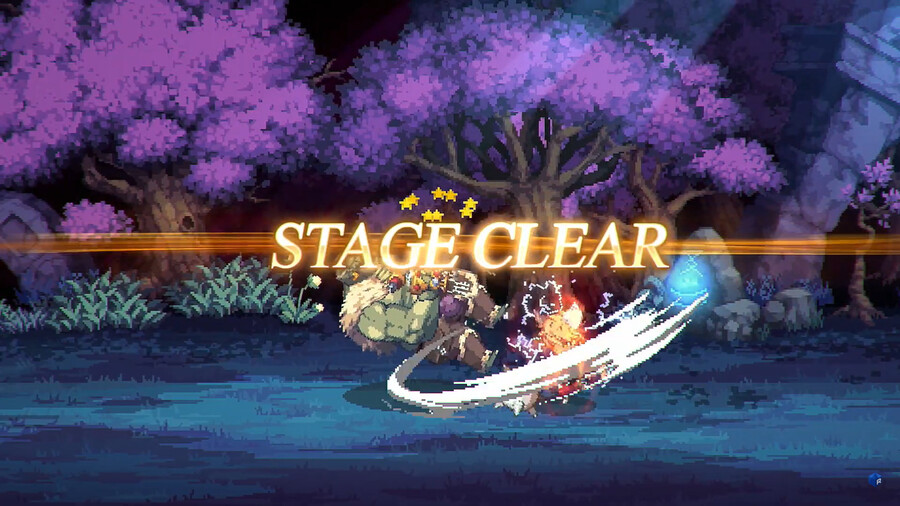 ● I wonder if there is a connection between the worldviews of Goddess Order and Crusader Quest.

ship: Crusaders quest and story do not continue. You can think of it as a completely independent story. Currently, Crusader Quest is doing well in live, so I thought about developing it as an individual IP rather than making a continuation story.

● The emphasis is on manual combat. Is there no automatic at all?

Jeong: Although direct manipulation is oriented, considering that it is a mobile platform with high manipulation fatigue, automatic progress is possible only for some content. You can think of it as a proper balance between manual and automatic. 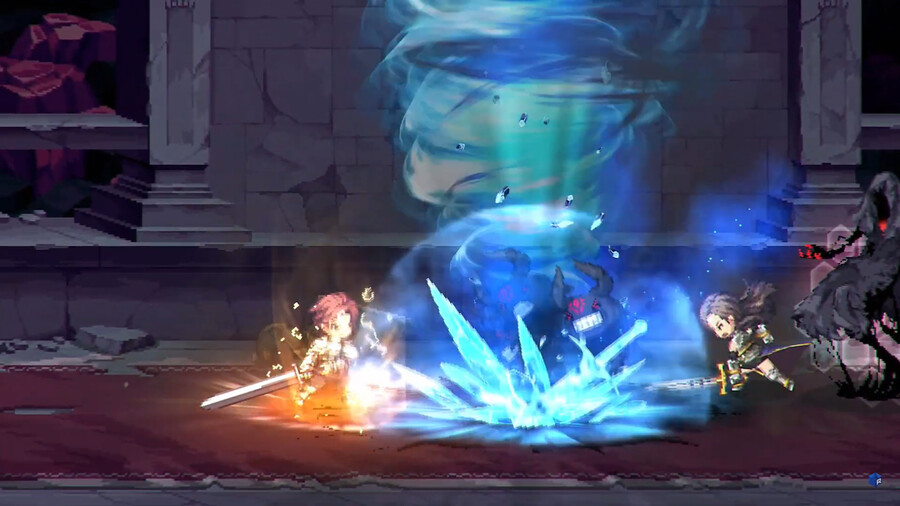 ● I emphasized the feeling of operation, is it possible to support pads?

affection: As it is an action-oriented game, the pad also supports it. I hope you enjoy the feeling of operation.

● It was a pity that we were not able to demonstrate the game at the G-Star 2021 site. when can i see you

ship: Currently, the basic system has been completed, but we are improving the level of perfection by adding content and thinking about BM. Unfortunately, we haven’t been able to reveal much this time, but I think I’ll be able to explain in detail with better news next time. Thank you for your patience. 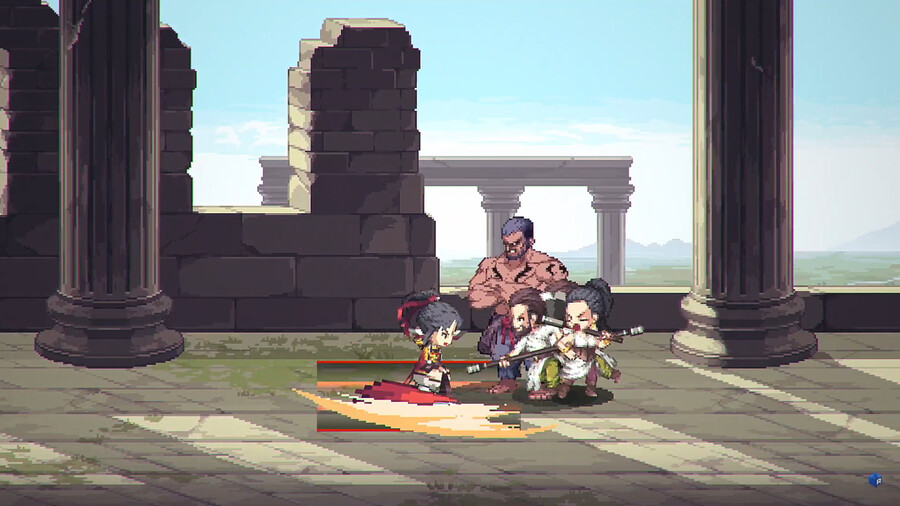 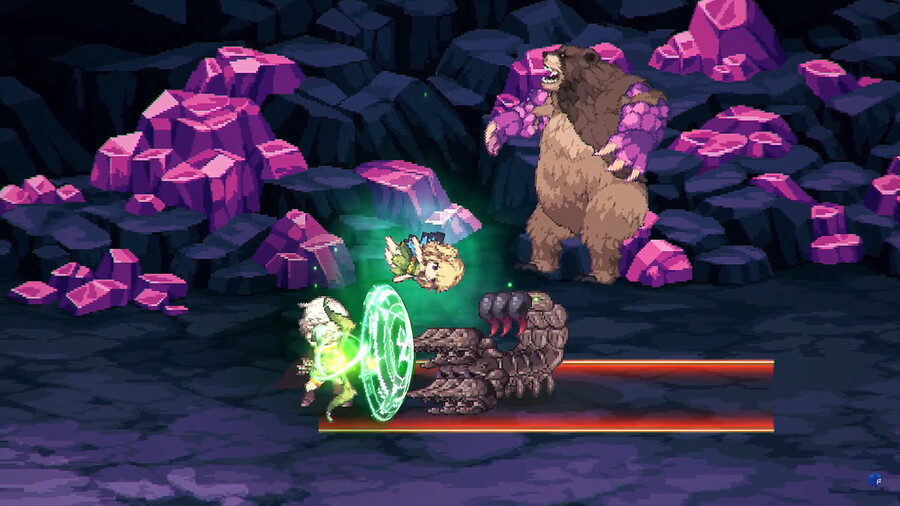 ● Looking at the description of the battle system, words such as workshop, back attack, and slash stand out. Maybe it was inspired by a fighting game?

affection: Should I say that I had to refer to fighting games while making side-scrolling games? I referenced a lot of fighting games of Capcom and SNK series that dominated and shined in the 90s, and although the genres and graphics are different, I also referenced FromSoftware’s Dark Souls series a lot. It helped a lot when making parings. 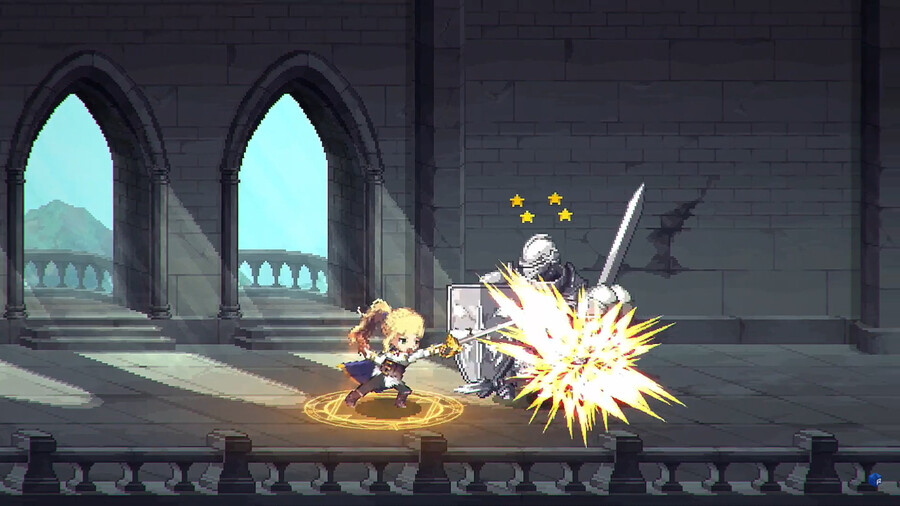 ● In the previous work, Crusader Quest, the ‘goddess’ stands out as a very important existence both in the story and in the game system. It is noteworthy that the name of the goddess is included in the title.

affection: Yes. As expected from the title of the game, the goddess plays an important role. Goddess Order deals with the story of recovering the book ‘Goddess Order’, which contains various skills, knowledge, and magic, in response to the Goddess’s call (Goddess Order).

ship: This time, we will do our best to be a game that delivers a new experience that is not wasting time while having fun. thank you.

affection: I am really happy to be able to deliver this news to users through G-Star. I will work hard to make it and show it to you. thank you. 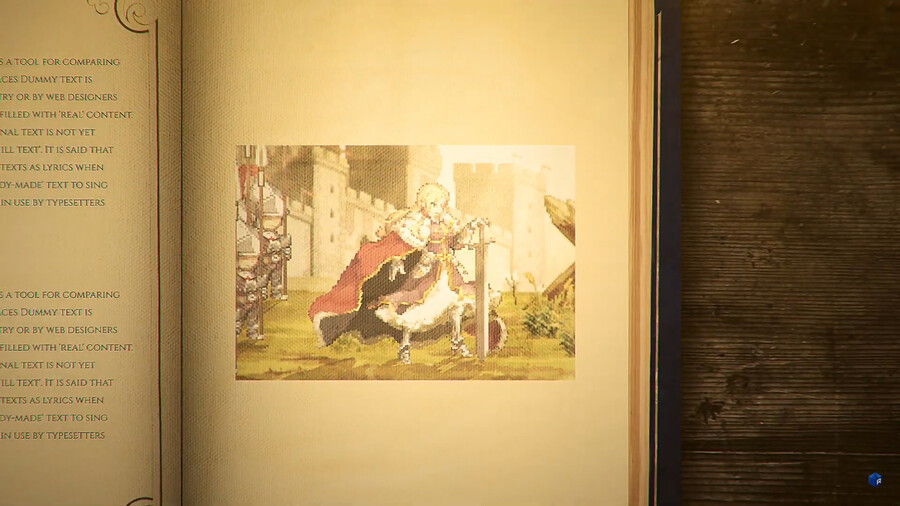 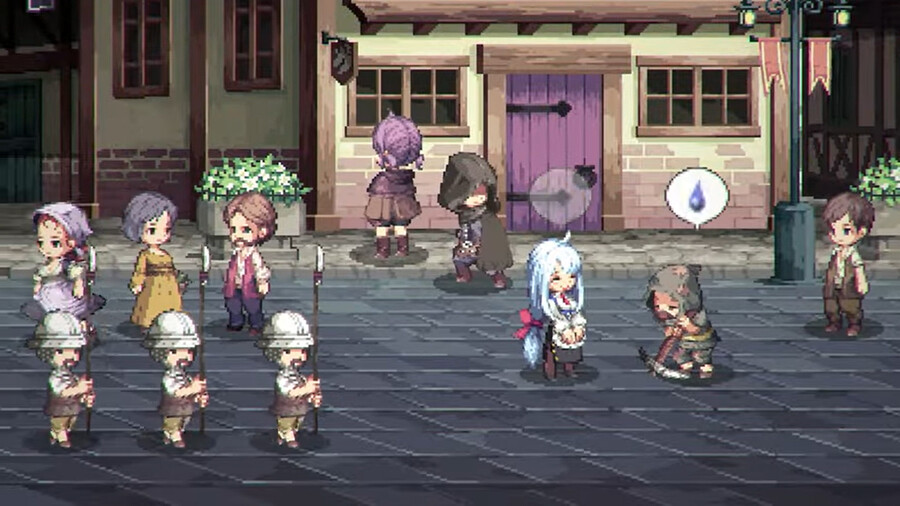