‘Wanderers’, introduced by Angel Games through G-Star 2021, is a work based on the roguelike genre. It is close to a form that takes the play of roguelike as a basis and adds the grammar of other genres to it.

It’s a decision that could erode the flow of play, but nevertheless, Wanderers’ play is solidly built. Considering that it is a title under development, the play base itself is complete.

In Wanderers’ G-Star 2021 demo build, we’ve prepared a few new modes to play, in addition to the basic rogue-like mode. Rogue-like play, PVP, and even boss raids. It was a composition that allowed you to look at the overall play of the game.

First of all, it is worth noting that Wanderers is PC and mobile. The fact is that it runs on both platforms and is a form of title that players on all platforms can play together. Even mobile and PC both have different UIs. For demo builds running on mobile, automatic targeting is also supported for ease of operation.

In light of roguelike play, Wanderers focuses on random play. base this on. You can think of it as a structure that adds grammar of other genres to this. Come to think of it, I think it could have been a bit of a risky decision. It is clear that a certain grammar or play style is revealed to some extent in the process of establishing the play itself of the genre.

Therefore, adding play grammars of different genres may result in colors that do not go well together. In this part, Wanderers has several choices. A methodology for making continuous play, although roguelike. And it is an option that harmonizes different ways of playing by adjusting the frequency of battles.

Wanderers’ adventure mode is centered around rogue-like play. In other words, the player chooses a character. You go through the process of exploring a single dungeon consisting of rooms. The structure of the room was similar from play to play in the demo build, but the contents of the room itself changed, and so on.

For example, a fork in the road appears. And it’s similar until the puzzle comes out. The composition of the puzzle changes. In a platformer-style play, the content will change. The same goes for the part of the battle. It is ultimately the combat aspect that drives the form of rogue-like action. This is because the action and play of the character are differentiated only through battle.

The differentiation of rogue-like action starts with the selection of a weapon. Which weapon do you choose? And depending on what skill you have, the way you play will be different. Wanderers set the type of weapon that can be used for each character, and changed the type of weapon during play, allowing you to see various actions centered on skills. 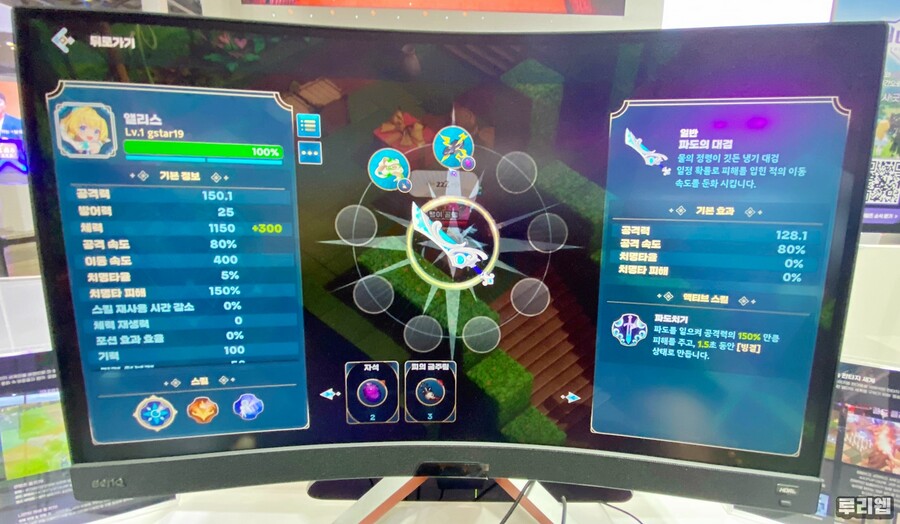 Which weapon you choose determines how you play. A weapon with a skill that can attack a wide range centered on the player character / A weapon with a skill that attacks a narrow but long range / Depending on the weapon that applies a shield, it will have different types of actions and movements. It is designed to show the flow of movement and battle that differs for each character by making each character have their own stats and passives.

The process of mixing roguelike with other genres (puzzle/platformer) is worth paying attention to. In the demonstration, players will have the experience of challenging not only battles but also puzzles.Before the battle. Or at the crossroads you encounter after the first battle. Puzzles are designed to move blocks to a fixed location, and you must solve the puzzle within the time limit to get a reward.

The platformer part also revolves around jumping. It is a structure in which you can obtain a potion only by thinking a little. Getting from the starting point to the ending point isn’t difficult, but you don’t have to follow a set route to get the potion. 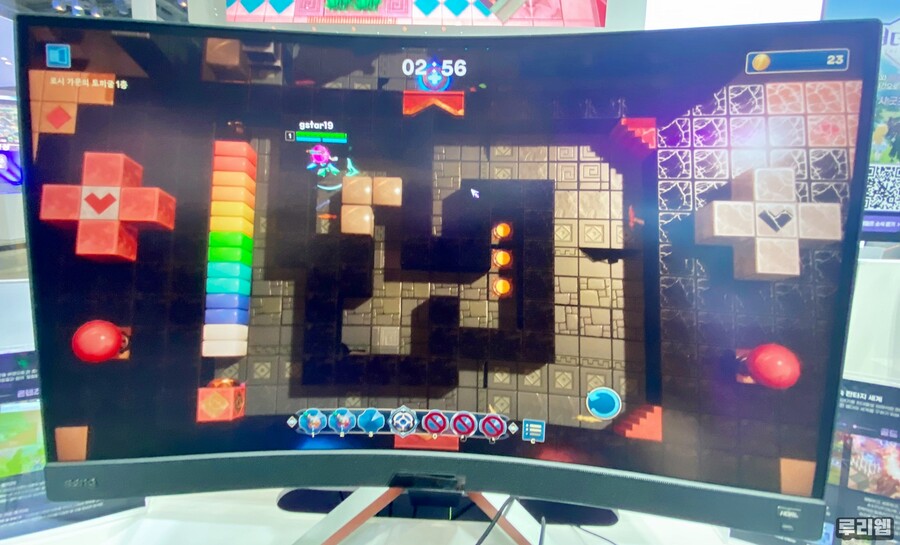 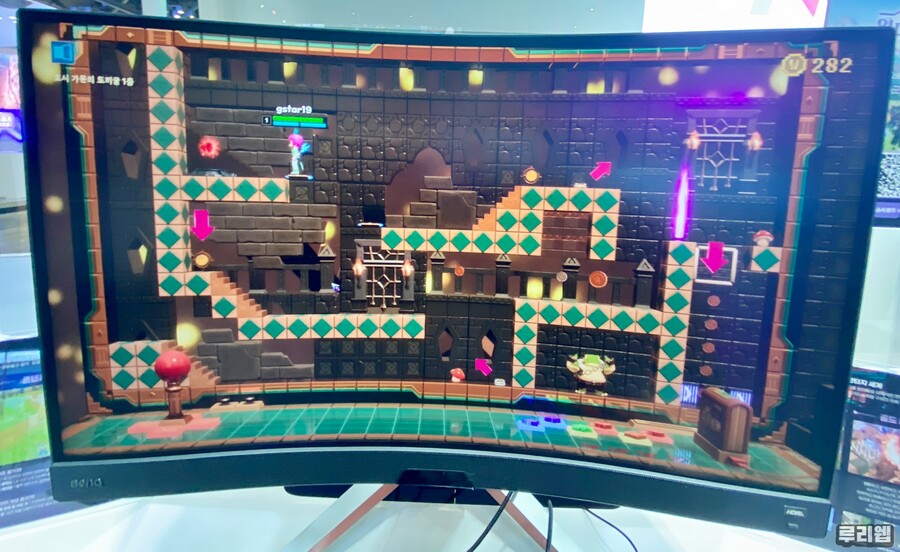 The structure you see in the demo build eventually goes something like this: It has the structure of battle – puzzle – platformer – battle – boss battle. Therefore, it is expressed as a roguelike, but it is closer to a methodology for delivering and composing repetitive play rather than a genre aspect.

Combination with other genres, which could be awkward, is through tempo adjustment. It is delivered in the form of less fatigue. Assuming that it was a form that consisted only of battles, it would have been a form with a high level of fatigue. Puzzle and platformer elements in roughly equal proportions. And as some elements of the adventure are added, the road to the boss battle is natural. And less fatigue. It is closer to a light form of roguelike.

Ah. Of course, boss fights are pretty difficult. Basically, if you can’t properly operate, it’s difficult to clear, and the overwhelming barrage emitted by the boss. Patterns that cover both close and long distances raise the tension in battle. It works as a basis to stimulate the player’s desire to challenge. It may feel light in terms of gameplay, but the idea and effort to create a light form is not light. 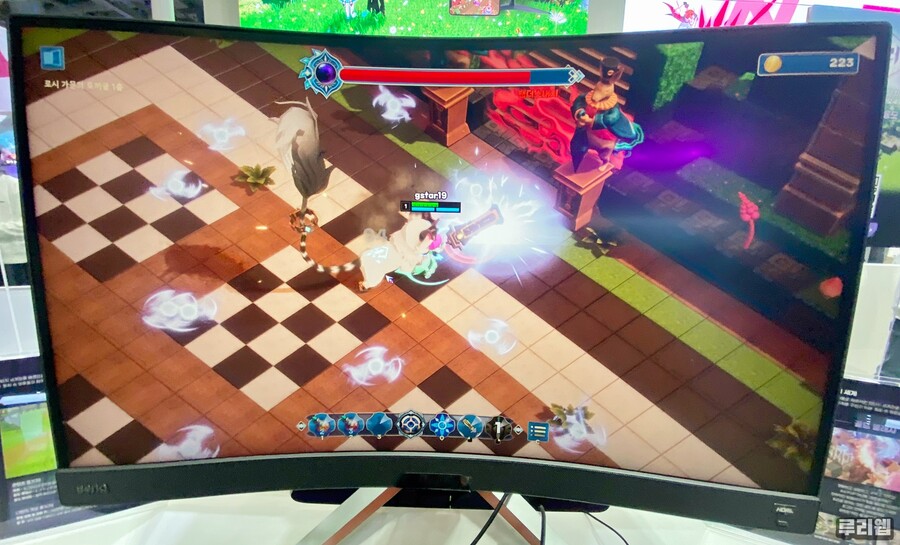 Wanderers is approaching as a concern to deliver play in a form other than combat in the iterative structure of roguelike. It is the same if you look at the process of thinking about the order of battles and puzzles or the results. Assuming that the order and frequency of appearance were adjusted, it would not have become a form that can be enjoyed lightly as it is now. It was not shown in the demo build, but it plays an important role when you think about the later play.

If you look at the flow of the game system, structurally, it has been linked to more contents with a focus on the rogue-like mode. According to what the developer of Angel Games said at the demonstration site, through the process of challenging the adventure mode, players will earn points that can be used in other content.

These points are points where players can gain an advantage in the desired mode. Points are a kind of mastery concept, and play a little more comfortable in the mode where the player plays the main game. Leads to a concept that supports the challenge. 4vs4 PVP mode, not just adventure mode. It is also an investment to support success in future boss raid modes, etc. 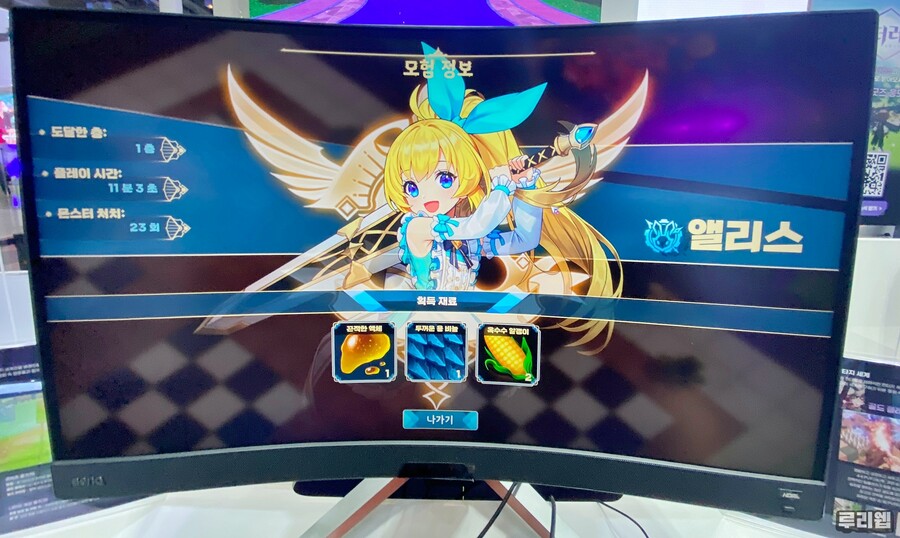 As such, the play structure of Wanderers is light but densely woven. Although it was revealed for the first time at the G-Star 2021 site, it is clear that the development team is putting a lot of thought and effort into it. Although I explained that the focus is on PVP rather than rogue-like, the rogue-like mode alone is worth it.

We couldn’t meet in the demo version, but you can play other mini-games while moving in the village that replaces the lobby screen. Moving to an island in the air to proceed with other content, etc. Not just the battle, but the inside. Externally, we are also struggling.

Wanderers, as mentioned earlier, is playable on both mobile and PC. And we are developing it in a form that can be met by all players regardless of platform. Not only do we take different UIs for mobile and PC, but we also put a lot of effort into making the experience enjoyable on all platforms. The release of Wanderers is scheduled for 2022, and information will continue to be released after the demo build is released. 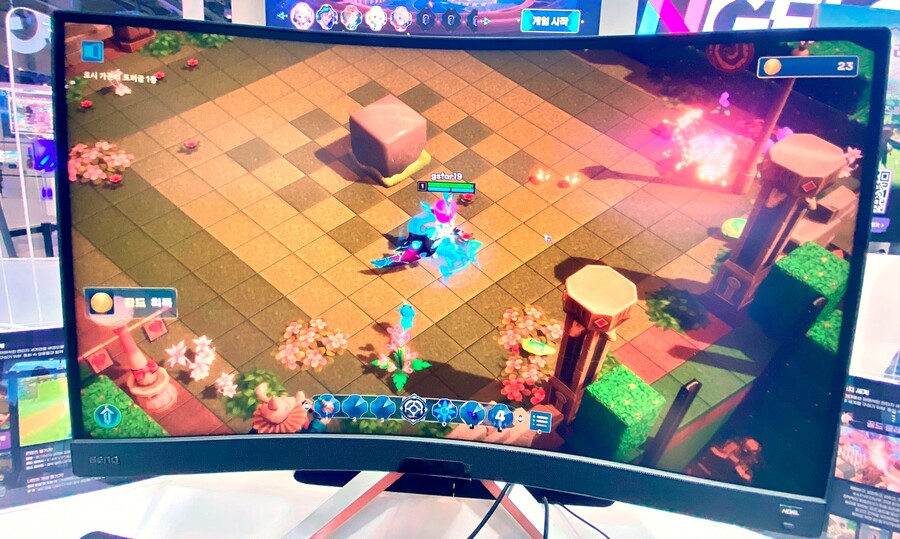 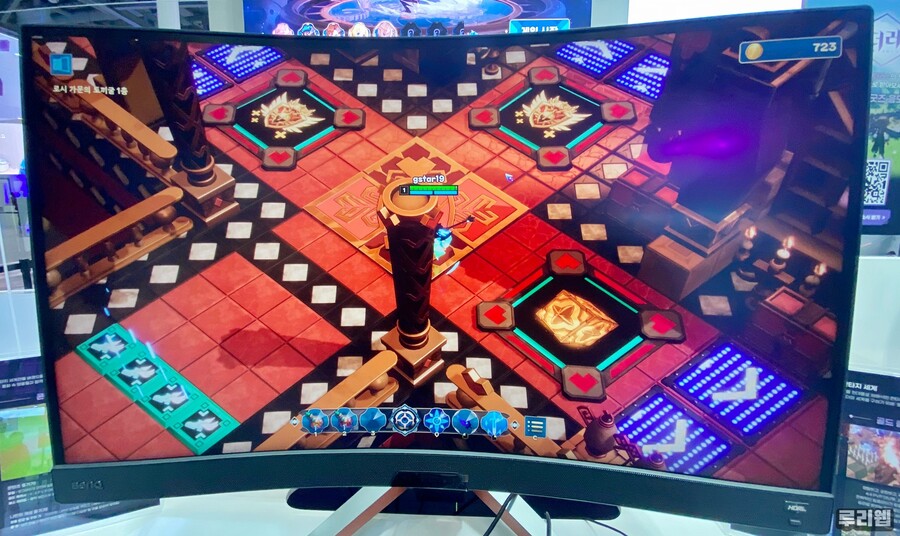 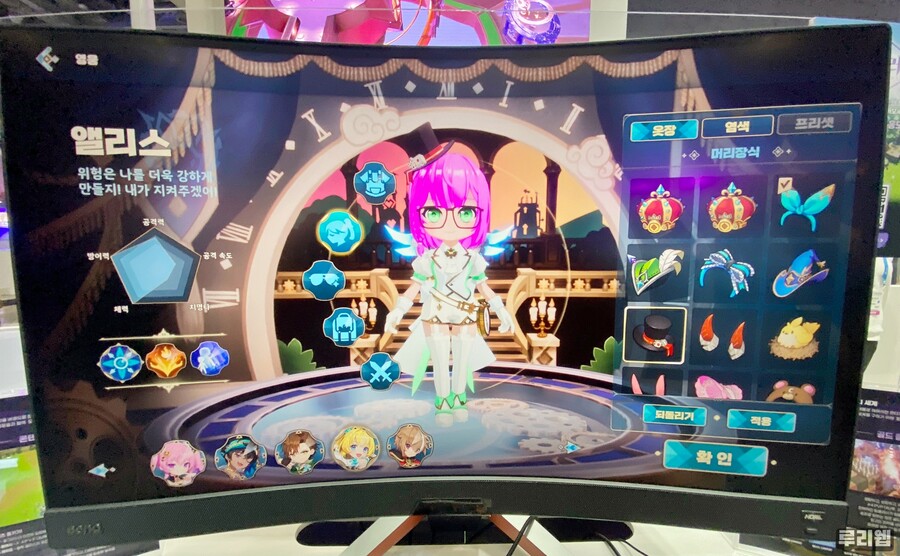