In commemoration of exceeding 1 million downloads, we will present in-game items and original wallpaper images.

Give a gift when you log in to the game 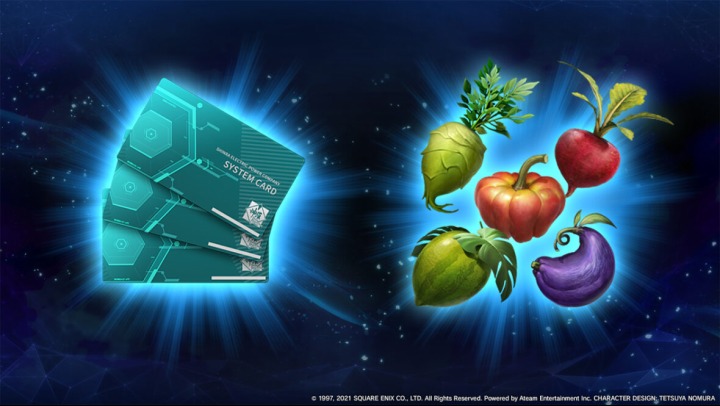 Can be used as a summon ticket. You can get 3 skins or emotes per sheet.

This item is used to foster chocobos. There are 5 types of vegetables, each of which can raise a different status. 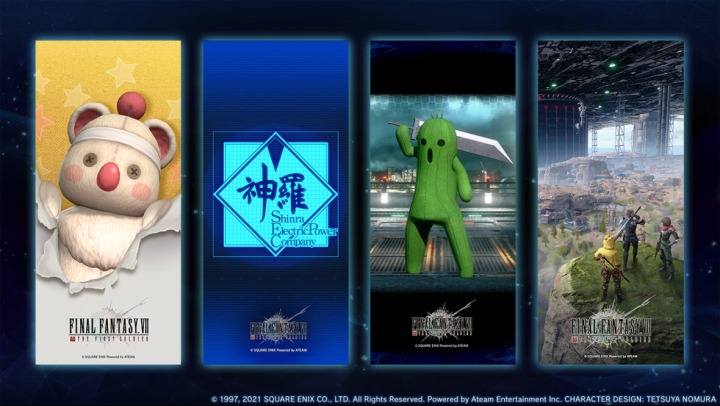 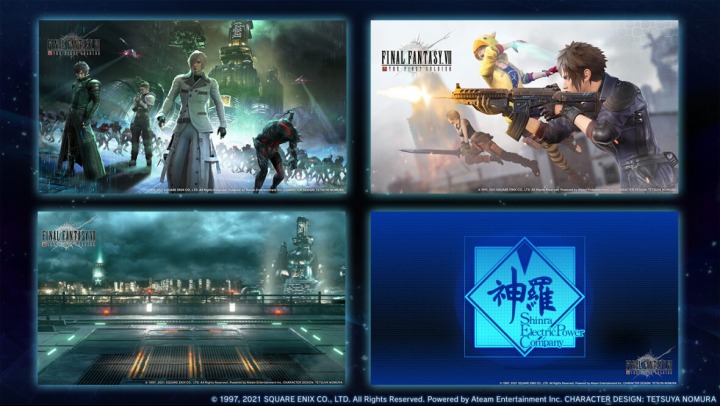 We present the original wallpaper image of this work on the FF7FS official SNS.

■ Under popular service on Google Play

※The start date of the iOS version service in Korea will be announced at a later date.

■ We are disclosing strategy information on social media

The FF7FS official SNS sequentially discloses useful information and the latest information to capture the game. 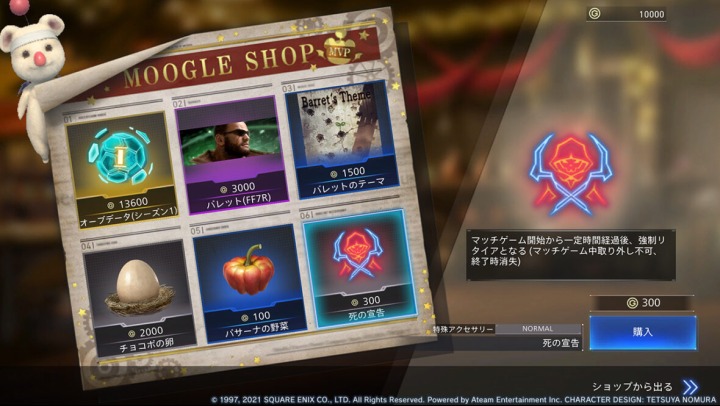 [모그리 상점] Appears when you win 1st place in a match game or acquire Mogri Bell. Special items may appear… ? 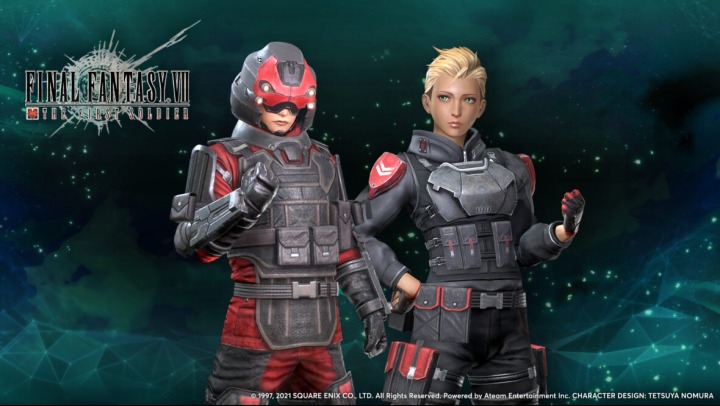 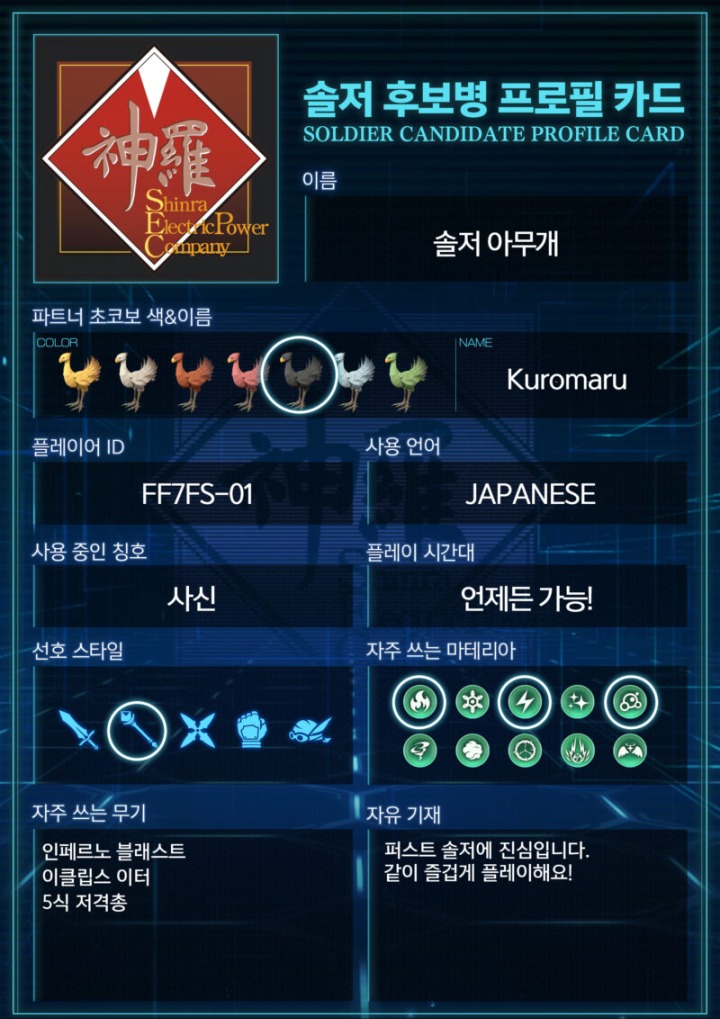 Season 1 has started. Ephemeral City founded by Shilla Company [미드가르]Autumn is the stage of the fight. 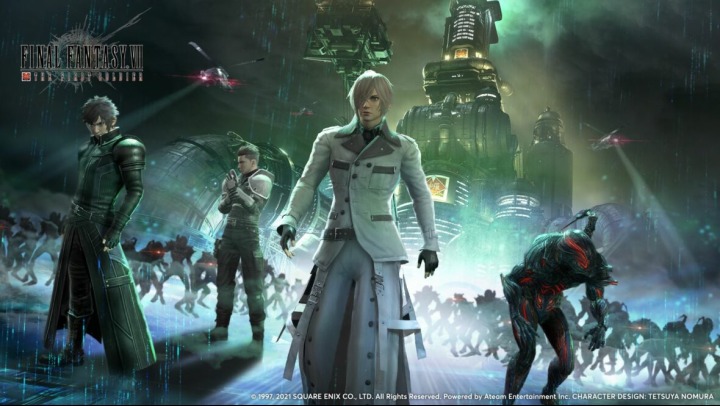 To commemorate the launch of the service, a set with character skins and emotes will appear. [클라우드 세트], [티파 세트], [경비병 세트]appears. 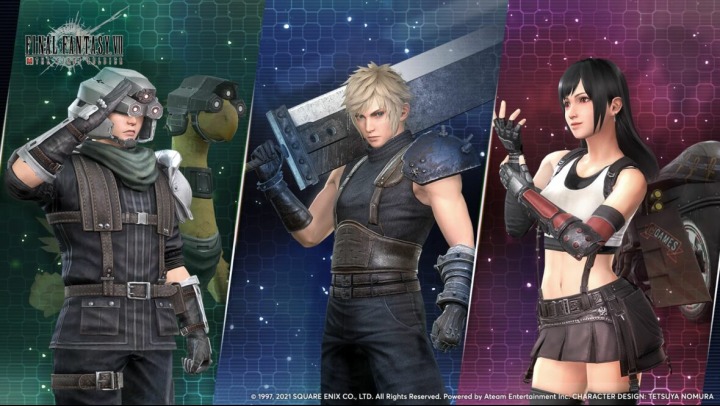 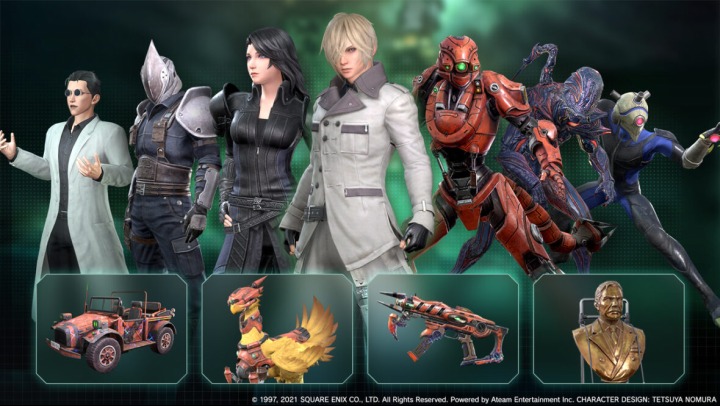 [랭크 매치]is held. In Ranked Match, your rank will fluctuate according to your match game record. At the end, you can obtain limited rewards such as titles according to the final rank. Train hard to become Soldier 1st. 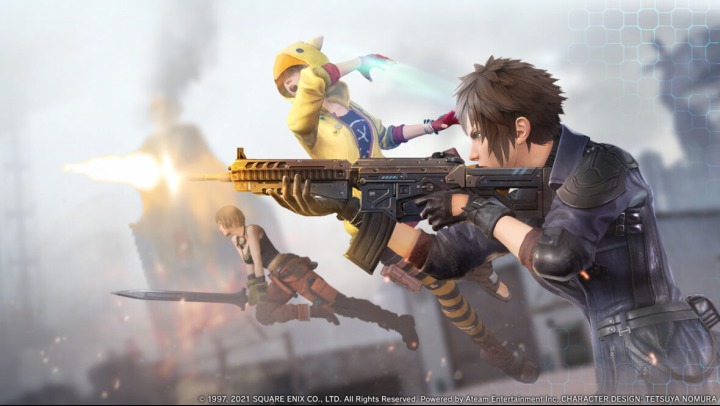 The latest news in the game can be found on the official site (https://www.ffviifs.com/ko/) will guide you in detail.

■ Opening movie is being released

Candidates from all over the world threw themselves into harsh training with the goal of becoming the best soldier.

However, even after making many sacrifices, an ideal soldier could not be created, and many years passed――

The latest information on this work will be announced on the official website, official SNS, and Discord server.

Released in 1997, it has captivated many people with its epic and moving story, charming characters, and videos that made full use of the state-of-the-art technology at the time, and so far more than 13.3 million copies (※) worldwide cumulative sales.

■About the “FINAL FANTASY” series

The 「FINAL FANTASY」 series is a Japanese role-playing game that has been highly praised by players around the world for its cutting-edge video technology, unique worldview, and rich storytelling since its first release in 1987. Actively entering the U.S. and European markets, we have accumulated over 164 million copies worldwide (※) of shipments and downloads were achieved.