Battlefield 2042 doesn’t just want to set new standards in map sizes, that’s why some fans are wondering how many players are possible in a match. In the following we will tell you where the maximum number of players can be and what difference your platform makes. 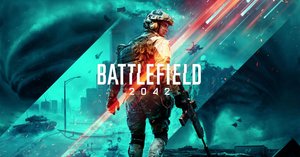 Against this background, many shooter friends ask themselves the question: What about the number of players?

If 128 players are not reached in a lobby, the game is automatically filled with bots so that full matches are still guaranteed. How good or bad the bots are, however, remains to be seen.

The gaming experience on the older consoles should therefore be noticeably different than on the latest generation of consoles or the PC. At least the developers of EA DICE have assured the players that other features, such as “Levolution”, are also integrated on the old consoles. The maps should also create and show constantly changing combat conditions and dynamic events, such as storms or a rocket launch.