※ This article was written based on the test build provided by MS.

※ Spoilers have been minimized in compliance with MS embargo guidelines.

Finally, the chief officer of the XBOX returns. After six years since the previous work, ‘HALO INFINITE’ will be officially released in Korean on December 9th. Multiplayer beta already started on November 16th to celebrate the 20th anniversary of XBOX, and test builds were given to domestic and foreign game media as well. Although it was limited to play only the first 4 hours, it was a good opportunity to see how the open world level design works in ‘Halo Infinite’. However, since this is not an official review, I will refrain from subjective evaluations and focus on confirmed information.

To avoid spoilers, the introduction of the game is as fragmented as known through several teaser videos. After Halo 5: Guardians reached a shocking conclusion, the UNSC Infinity, dispatched to the Zeta Halo to stop Cortana, was sunk by the Covenant remnant, Banished. In the meantime, the Master Chief, who was thrown into space, survived thanks to the life-sustaining function of the Mjölnir combat uniform, and after a long period of coma, is managed by a pelican pilot. The campaign begins at this point, and the Master Chief’s first task is to rescue the batteries for the stopped Pelican. 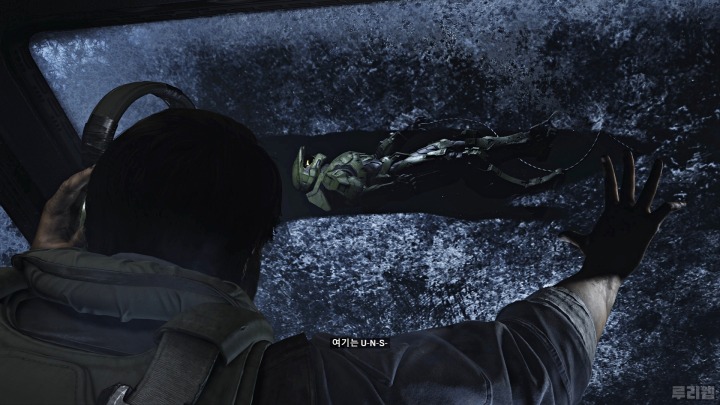 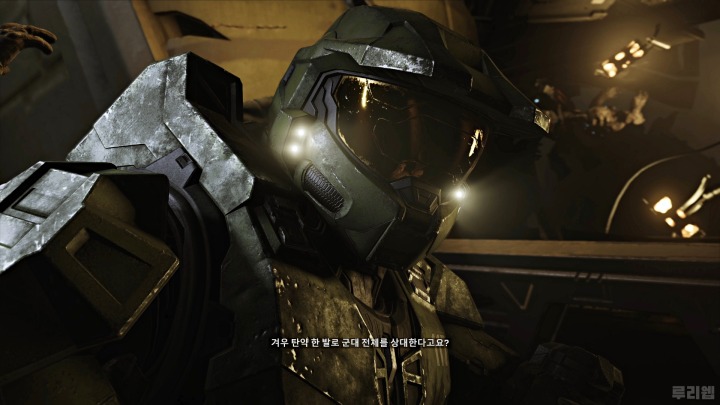 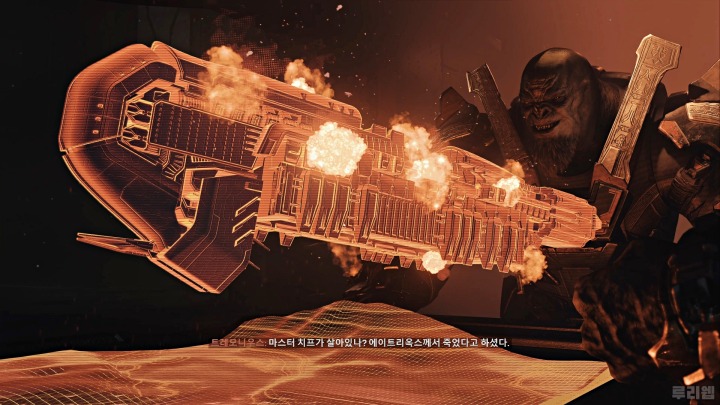 Like 343 Industries’ slogan to restore the image of the master chief, which was somewhat lost in the previous work, it shows the image of a chief executive who has experienced everything from the beginning. The Master Chief, who had been almost dead before, grasped the situation as soon as he came to his senses, and immediately swims through outer space leaving the panicking pilot behind and rushes into the nearby Banished Corvette. From here, the first mission to destroy the corvette and get out of the box is a linear structure like the existing ‘Halo’ series. This section also serves as a tutorial for those new to the game.

The basic shooting sense of ‘Halo Infinite’ is multiplayer, so anyone can check it, so I won’t write it down long. All the movements are extremely smooth, and the sound, hitting feel, and background music when handling the gun are unquestionably top-notch. As 343 Industries declared a Spiritual Reboot, that is, returning to the origin, it is a sense that a more traditional ‘Halo’ comes to mind by minimizing complex special abilities. However, it is not exactly the same, and the way the battle is resolved with the presence of the Grapple Shot has become quite diverse. The Master Chief has a hook gun as standard equipment from the start. 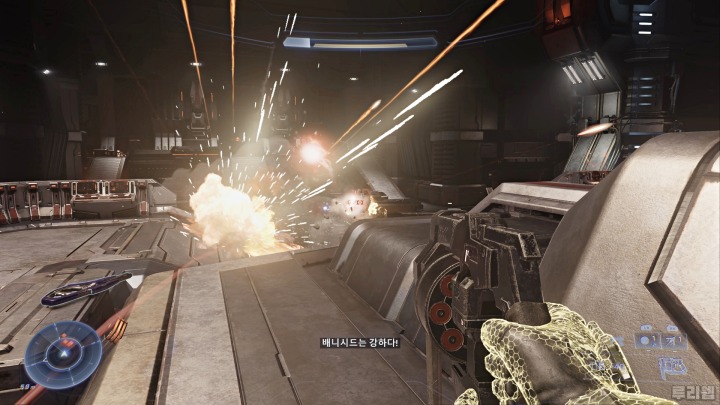 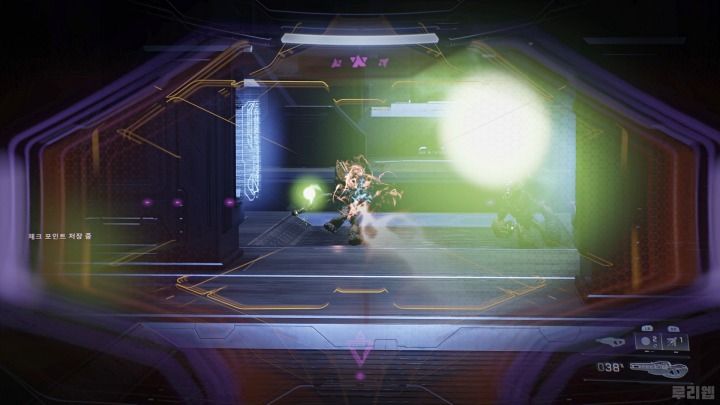 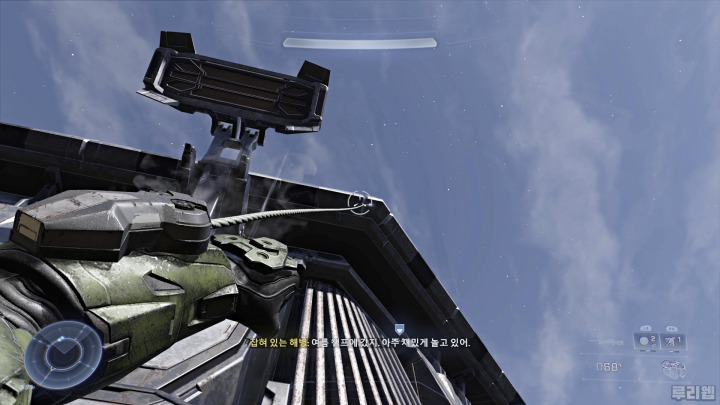 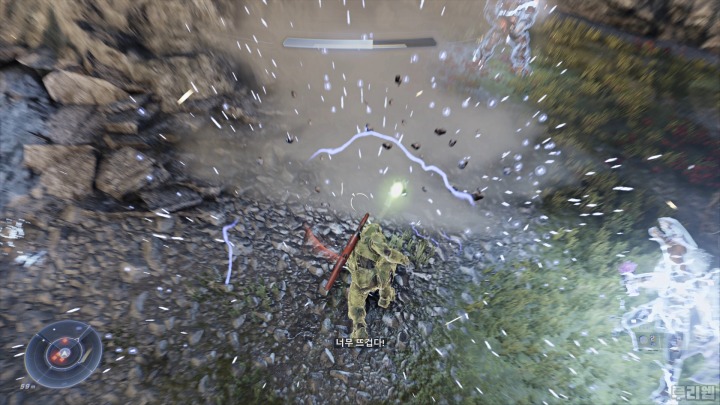 If you press RB on the Xbox controller, a hook gun is fired from the wrist of the left arm. Through this, they can cross a long distance that is difficult to jump over in an instant, climb high or avoid death from falling. A very good physics effect is applied, so it can be used in a variety of applications, such as hitting a high place and bouncing upwards when ascending, and turning in a large circle like Tarzan. Also, it is very useful when you close the distance in an instant after hitting an enemy directly or pick up a weapon or supply that has fallen on the ground. If you shoot a hook gun at a fixed turret or mount, you can board or take it straight away. It is truly an all-rounder equipment.

The revival of the Master Chief, the destruction of the Banished Corvette, followed by the operation of the Pelican to enter the Zeta Halo, and the early section of waking the AI ​​weapon at the ancestor’s facility is a linear structure. As with the traditional ‘Halo’ campaign, you’ll enjoy well-thought-out level designs and cinematic cinematic cutscenes. For reference, the AI ​​weapon is a clone designed to capture Cortana, and although she looks the same as her, she speaks and behaves much younger. As the master chief’s new partner (at least until the section confirmed in the test build), there are individual differences as to whether or not it can fill Cortana’s vacancy, but I found it very cute. 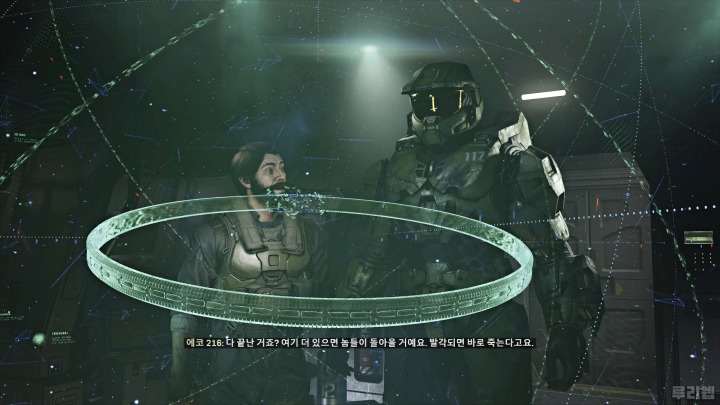 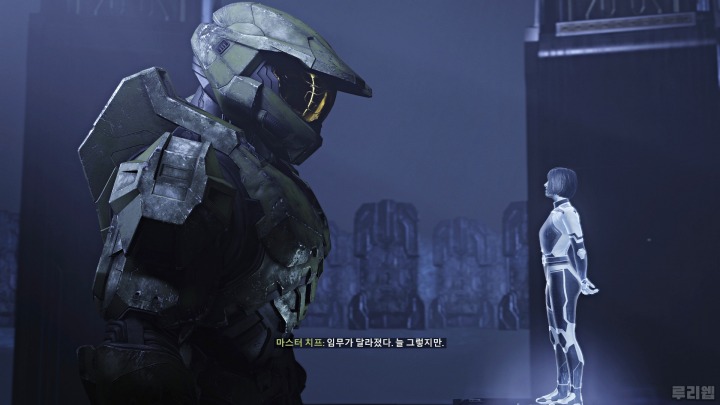 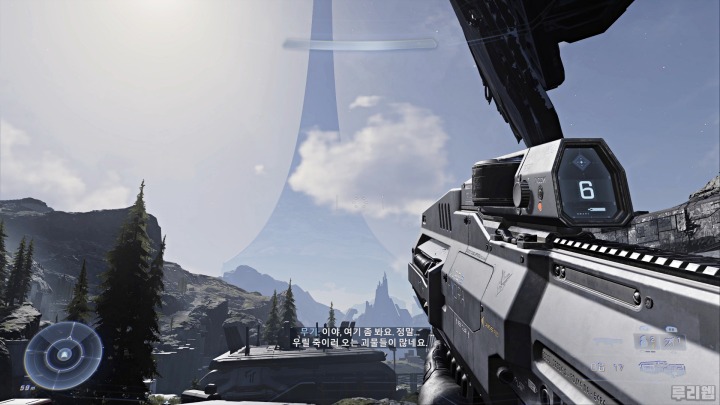 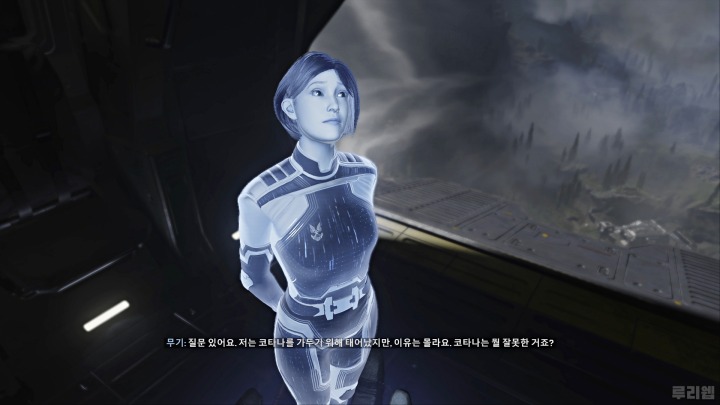 After that, when you come to the surface of the Zeta Halo with an AI weapon and a pelican pilot, the unique open world of ‘Halo Infinite’ unfolds. 343 Industries has mentioned that this game is not a complete open world game, and although the first area is actually very large, it doesn’t seem like a stage for the whole game. The elements that make up the open world are Forward Operation Bases (FOBs), Banishid Outposts, Critical Objects, UNSC Squadron, Spartan Core, and Mjolnir Armory. A group of Banishids roam around the map, and sometimes a transport plane flies in to target the Master Chief.

Let’s take a look one by one. The Forward Operation Base is the base of the Master Chief and the starting point of the open world expedition. You’ll need to capture it first for the other elements to appear on the tactical map (you can of course just visit it). Here you can move quickly and freely take out weapons and mounts. UNSC squads keep coming. Next, the Banishid Outpost is the target to be smashed. It is guarded by a high barrier and a vanished army, and you are given a sub-quest to break through the defense and destroy a specific structure or annihilate the enemy. Some of the outposts you stop by as the story progresses are much larger and set the stage for the main quest. 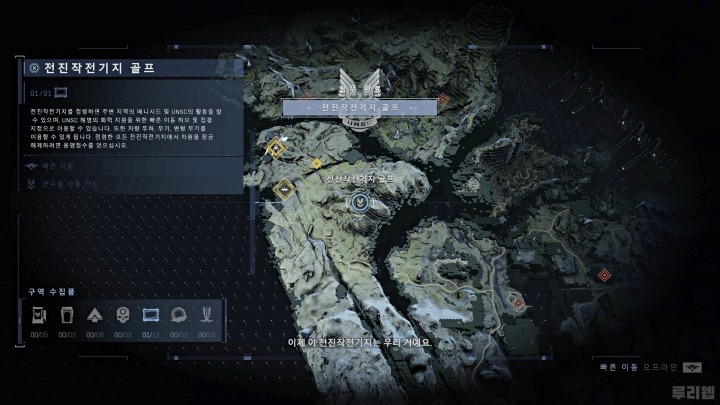 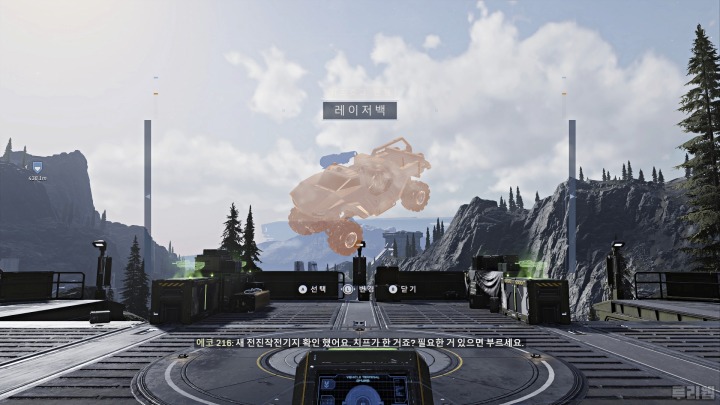 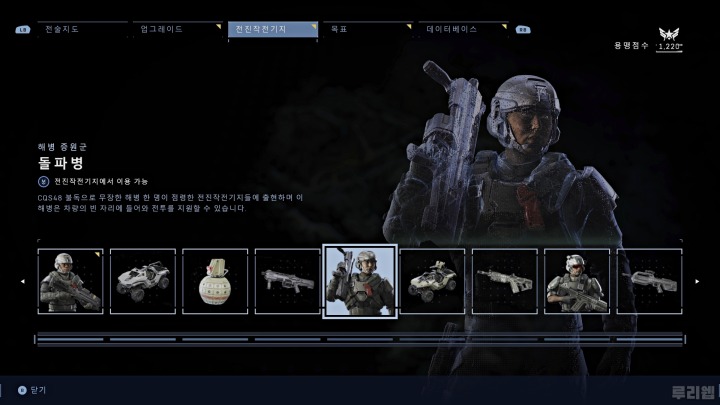 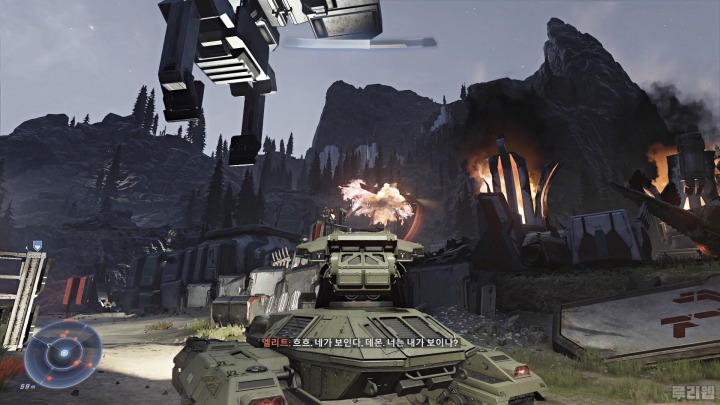 The main target is the field boss, so to speak. Apart from the outpost, it exists all over the open world, and it looks just like any other Banished, but it’s much more powerful. In some cases, they also have special abilities, for example, the named Sangheili elite, Orkro Bagadun, maintains cloaking almost indefinitely. If you defeat it, you can get the modified weapon he was using. This is a performance enhancement version of a normal weapon. And the UNSC squad is the ones who were sunk by Infinity and isolated on the Zeta Halo. When the master chief arrives at that point, the vanished will begin to flock, so he attacks like a kind of defense mode.

Lastly, the Spartan Core is an important resource for upgrading the Master Chief’s equipment, and the Mjölnir Armory provides skins and emotes for multiplayer. Master Chief’s equipment refers to special abilities that are activated by RB, such as hook guns, threat detectors, and throwing barriers. At first, there are only hook guns and shields, but they are unlocked one by one as the story progresses. Upgrades basically reduce cooldowns and sometimes add new features. For example, there are many people who regret the loss of the ground-founding skill of the previous work, but the third upgrade of the hook gun has the same effect. 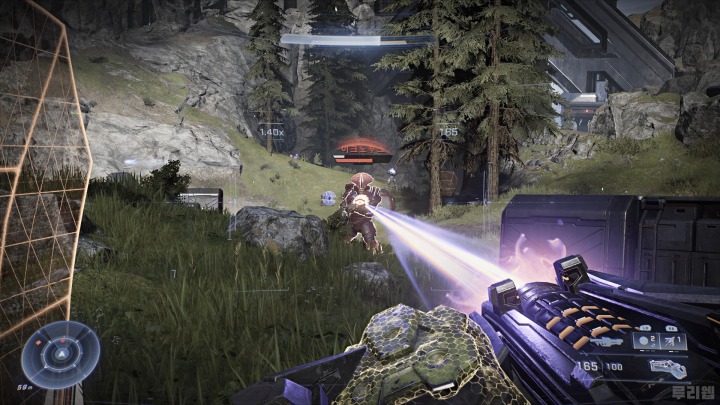 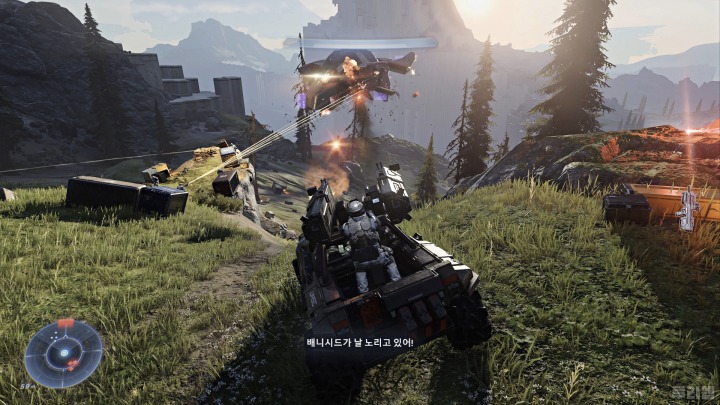 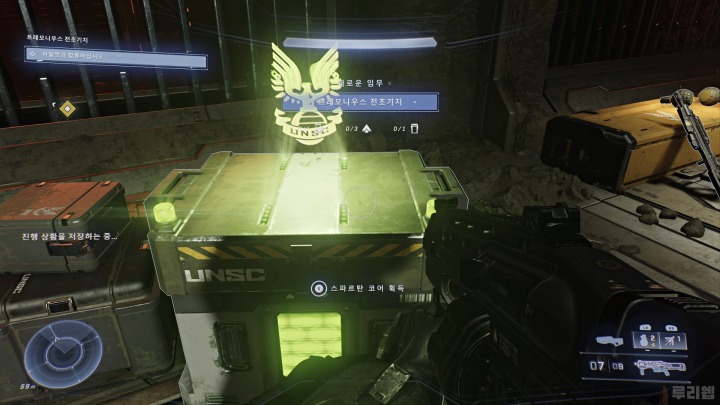 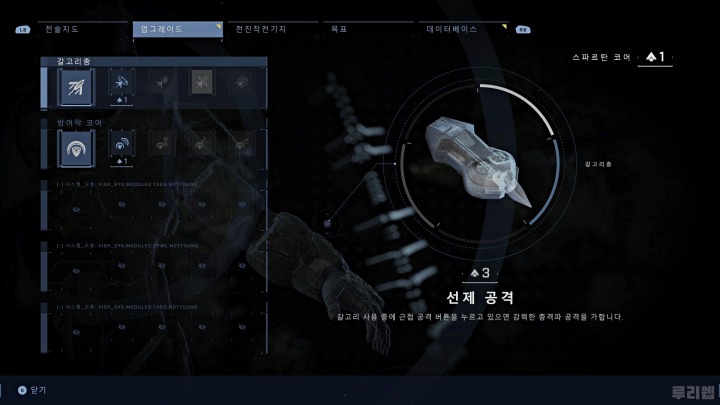 Additionally, robbing a Banishid outpost or rescuing a UNSC squad earns Valor points. This is used to unlock the deployment of weapons, vehicles, and marines in the Forward Operations Center. In the early part of my experience, I was able to get at least a mongoose and a warthog, but if you keep collecting valor points, a Scorpion tank or a Wasp attack machine would not be a dream. The way to enjoy the open world of ‘Halo: Infinite’ is to perform sub-quests around the base of the forward operation or go straight to the main quest. Apart from its completeness, it is structurally similar to Ubisoft’s ‘Far Cry’.

As already proven by the multiplayer beta, the graphics and performance of ‘Halo: Infinite’ are flawless. I played with the XSX, and the beautiful scenery spreads all the way through the screen, and there are no frame drops or pop-ins at all. It felt incredibly natural, especially when it came from gameplay to cutscenes and back to cutscenes to gameplay. There was a bug where the Master Chief crashed through the ground very occasionally, but considering it’s a test build, it’s understandable. Anyway, Brute with a warm impression, his neighbor, Uncle Craig, has now become a moment to remember with a smile. 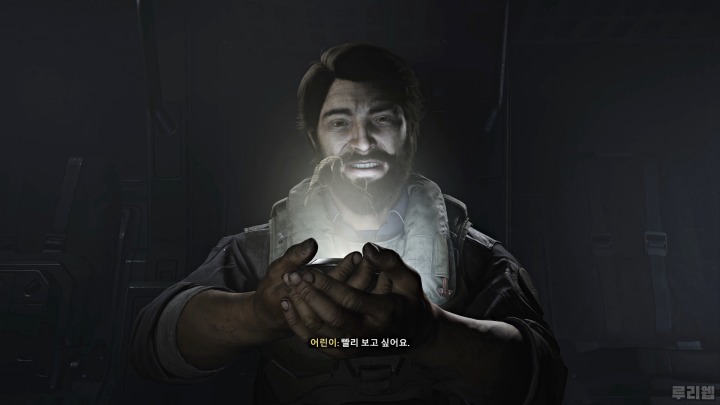 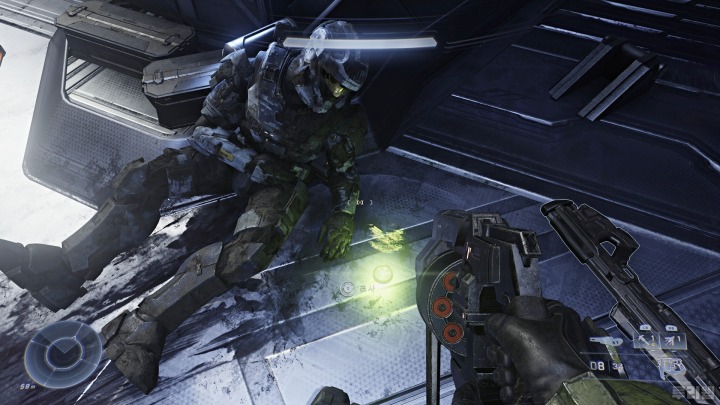 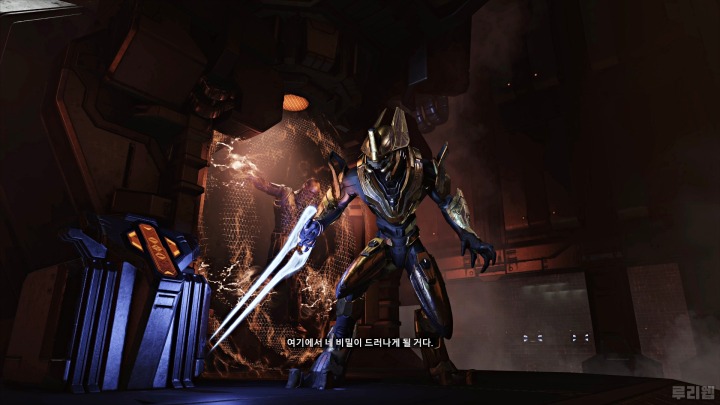 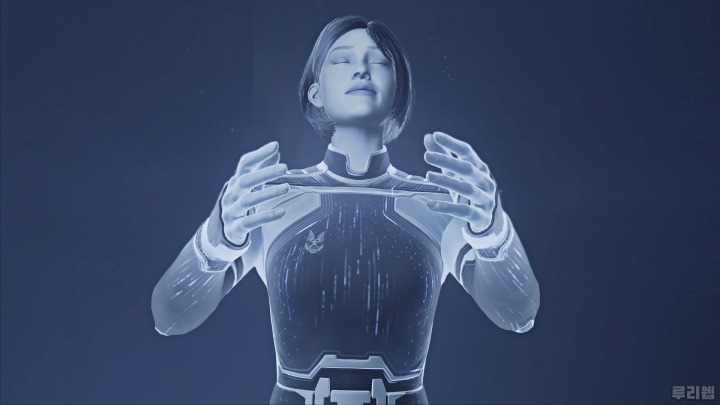 Lastly, about Korean language. The overall translation quality is decent, but there are some awkward parts. For example, the original text would probably be “No” or “Negative” in the military way, but in context, you should answer “No”, but say “No”. Looking back on my previous interviews with localization industry people, I think I may not have seen the entire script or didn’t have enough time to review it. Since the dubbing has been completed, it seems difficult to edit. Still, it’s not too annoying, and don’t worry too much, as the eternal Korean master chief Lee Jung-gu’s voice actor shines brighter than that.

Again, this experience was written based on a four-hour test build. It only delivers that much information, and a proper evaluation of the fun and completeness of the game will only be made after seeing the ending. Halo Infinite’s smooth shooting sense, improved graphics, and the way it solved the open world were revealed to some extent. Some of these can be found in the publicly accessible multiplayer beta. We hope you will find out what the secret behind Zeta Halo is and where the fate of Master Chief and Cortana will go from December 9th. Then I will return to the official review. 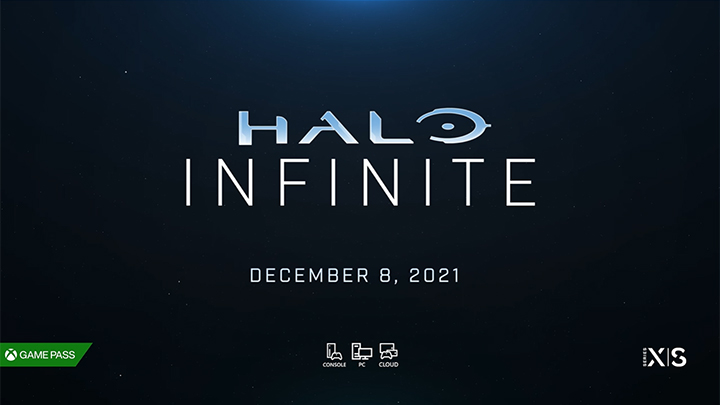 – The main characters in the beginning are the master chief, the pelican pilot, and the AI ​​weapon. More may be added later as the story progresses.

– The Master Chief has a hook gun from the start. It is used as an RB based on the Xbox controller. Very useful in both combat and exploration. It can be used interchangeably with other equipment acquired as the story progresses in real time.

– The forward operation base is hacked and occupied by AI weapons after clearing the enemy. Afterwards, it becomes a fast moving base, where weapons and mounts are supplied. When captured, the surrounding elements are displayed on the tactical map.

– The Banishid Outpost is a sub-quest place to annihilate enemies or destroy specific structures. once attacked [완료]pops up with As the story progresses, a larger outpost will appear, and this will be the stage for the main quest.

– The main target is a kind of field boss. A modified weapon is given when defeated with a Named Banished, which is much more powerful than a normal soldier. This is a reinforced version of a normal weapon.

– The UNSC squad is a sub-quest to find isolated marines and protect them from the attack of Banishid.

– Spartan cores are used to upgrade equipment such as hook guns, and multiplayer skins and emotes are available in the Mjolnir Armory.

– Most of the sub-quests give Valor points upon completion. This is used to unlock weapons, mounts, and marine deployments in Forward Operations Centers.

– The game is automatically saved every tens of seconds, so even if you die, you can start over from just before. However, it is not saved when you are in the middle of a battle with an enemy.

– Based on XSX, the graphics are flawless and the performance is very stable. It’s surprisingly natural when it comes to cutscenes and actual gameplay.

– The Korean version has some awkward parts, but overall it is decent. The dubbing with Lee Jung-gu’s voice actor, as always, is excellent and greatly enhances the sense of immersion.