– TOTAL WAR: To the world of Nurgle in WARHAMMER III

Welcome to the world of plague-bearing demons, poisonous beasts, and corrupt monsters. 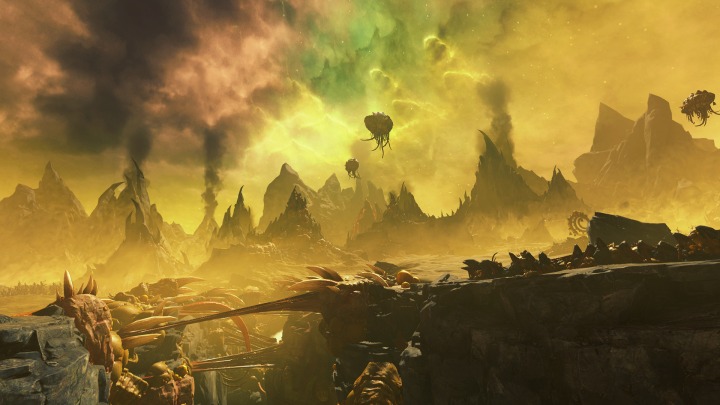 Nurgle, commonly known as the Plague God, is the Chaos God of disease, corruption, death and resurrection.

The corrupt smallpox-causing agent, Plaguefather Kugas, is Nurgle’s most beloved favorite. Always eager to incubate new diseases, Kugas is constantly advancing into the mortal battlefields to test new diseases, hoping that one day he will create the perfect plague that even the gods can infect. 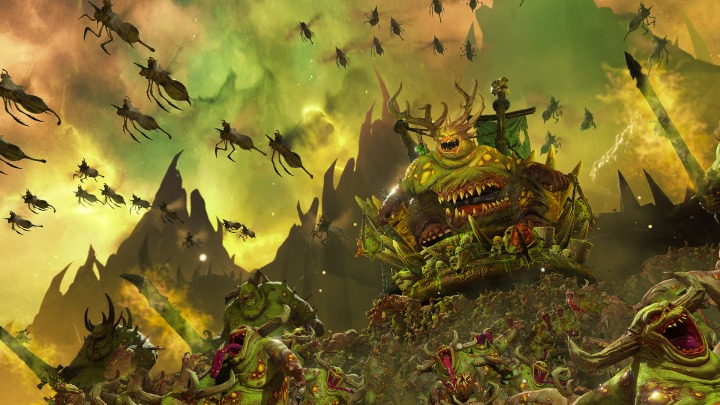 This rotting breeder rides on a gigantic kiln carried by countless Nurglings, pouring out herds of infected Nurglings into the middle of the enemy’s battle lines to test the countless and horrific plagues they have created. Contrary to his bloated and disease-stricken appearance, Plaguefather Kugas exhibits a combat power that rivals that of a god when it comes to absorbing damage and injuring opponents, whether in close combat or when using Nurgle’s magic.

Nurgle’s Legion is the incarnation of the plague god they worship, and they crush the enemies with various toxic attacks and strategic consumption damage while holding onto their opponents in close combat with their skin that is afflicted with disease but has high resilience. These plague-infested warriors enjoy stronger combat bonuses the more damage they absorb in battle, and can use abilities like ‘Corruption, Corruption Glorious’ to spread powerful diseases across the enemy lines.

Even in the campaign, Nurgle is eager to deliver his poisonous gifts everywhere he gets the chance. Nurgle’s faction can create and spread various plagues, and its unfortunate victims will receive various harmful effects, but allies will enjoy all kinds of bonuses. In addition, Nurgle’s buildings go through a cycle of growth and death periodically, and the Legion can be recruited by immediately summoning units in a damaged state. 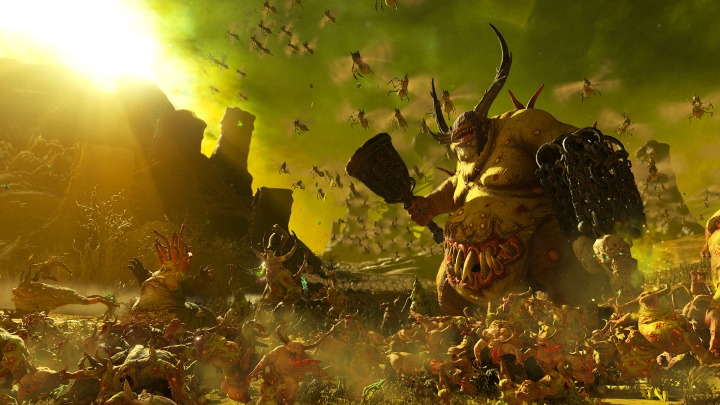 The Nurgle Legion consists of:

The demons of Nurgle have truly disgusting looks and looks that make your eyes hurt just by looking at them. At the heart of the Corrupt Legion is the devastating melee capabilities of Warbeasts and high demons as devastating as the Beasts of Uncleanness, the Plague Toads, and the Beasts of Nurgle, with strong front-line infantry like the Plaguekeeper or the lovable pack of Nurglings. and magic support.