Charming nine-tailed fox Ari, cute scout Timo, pink… Valoran’s Shield Taric, etc. Riot Games MOBA ‘League of Legends’ has grown into a super-large IP with numerous popular characters. TVA ‘ARCANE’, which was recently released on Netflix, drew enthusiastic responses from the public and critics, as the worldview renewal and media mix strategy that had been in progress for several years came to fruition. In addition, Riot Forge, which intends to expand the ‘League of Legends’ IP in collaboration with a third-party game company, released two new games on the 17th. Now, ‘League of Legends’ is no longer a term referring to a single game.

The two new works of Riot Forge, which were officially released in Korean on the 17th, are ‘Rined King’ and ‘Hextech Mayhem’. It was developed by Airship Syndicate, well-known as ‘Battle Chaser’, and Choice Provision, known for its ‘Bit.Trip’, respectively. It’s Riot Forge’s way of reaching out to these talented studios and fusing their DNA with the League of Legends. How was the collaboration process, and are the results satisfactory? I spoke with three directors: Riot Forge Rowan Parker, Airship Syndicate Steve Madureira and Choice Provisioning Alex Noyce.

● Riot Forge works seem to be released without much publicity or marketing.

Rowan: We decided that now is the right time for TVA ‘Arcane’ to be released on Netflix. Marketing from a week before the release is not bad, and we plan to continue promoting it in the future. However, this does not mean that we will adopt this strategy for all works. For each work, consider a suitable marketing strategy.

● Is there any special reason for releasing two works with very different atmospheres at the same time?

Rowan: I think that putting together works with different moods like this helps to draw our worldview. In the future, more diverse genres with different difficulty levels and different target groups will be presented. It can be a game that explores the world in depth over tens of hours, or it can be a fun game that is sometimes simply enjoyed. What matters is our worldview, characters, and story.

Alex: I saw on the Internet that when they got tired of playing ‘The Fallen King’, they temporarily moved to ‘Hextech Mayhem’ to cool their heads. If ‘Magic Engineering Mayhem’ can be enjoyed relatively easily and lightly, ‘The Fallen King’ provides an experience that immerses you in a deeper narrative. The two games are like looking into ‘League of Legends’ through different lenses. 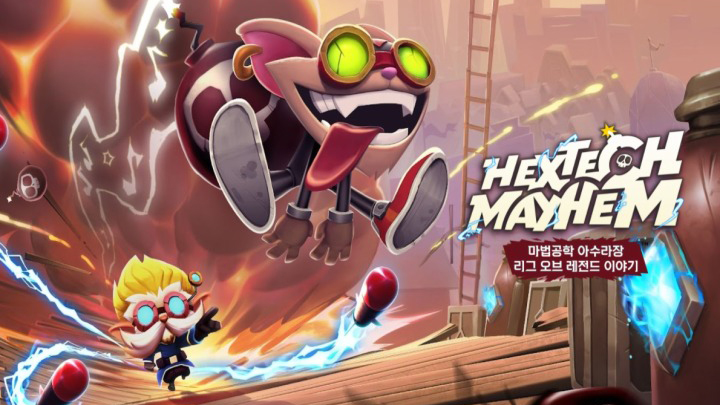 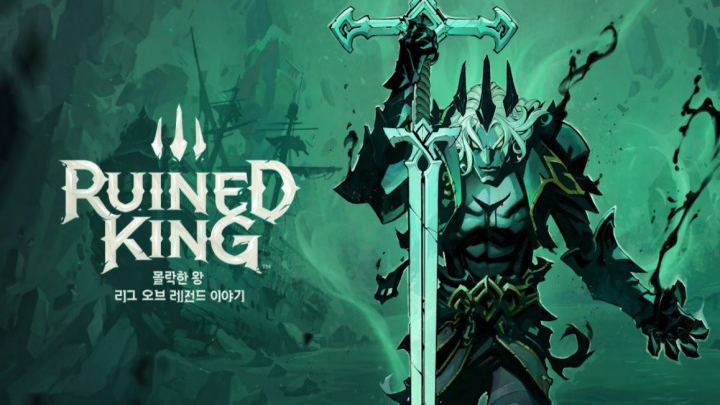 Alex: ‘Hextech Mayhem’ is a small, cute and fun game. I wanted it to be easily accessible to everyone, so I think $9-10 is a reasonable price.

Steve: To agree. We want many people to enjoy our game. However, ‘The Fallen King’ itself is a large-scale game that can be played many times. I think it provides a reasonable value for the current price.

● What are the results of the release of the two works? I’d love to hear how you self-refer internally.

Rowan: It is not us who hold the key to success. It is the gamers who decide whether a work is successful or not. Fortunately, there are a lot of good responses so far.

Steve: After the release of ‘The Fallen King’, I enjoyed watching the streamers play on Twitch. It was nice to see the process of understanding the new combat system, and I was especially happy that many people liked the story. And in the case of the PC Steam platform, 84-85% were positively received. It’s really exciting and exciting to see people play our games. 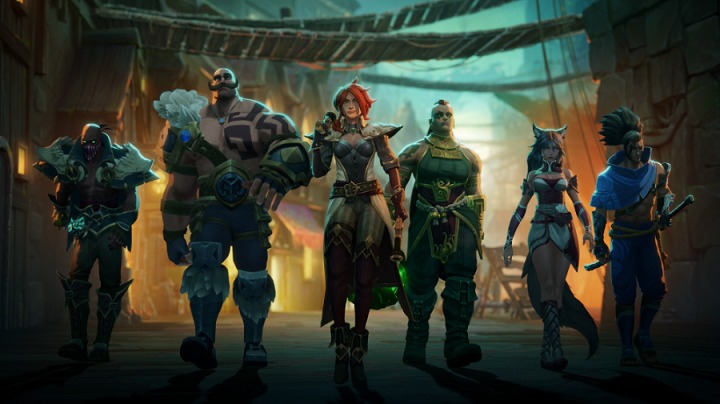 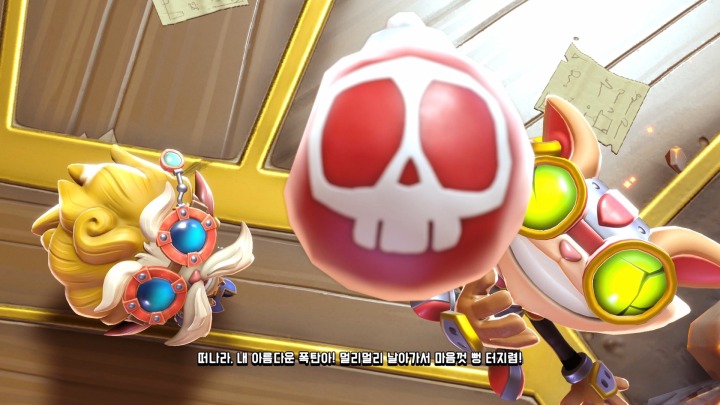 ● In ‘League of Legends’, Viego’s narrative progressed first, and ‘The Fallen King’ became a prequel.

Steve: Originally, it was intended to deal with the story after ‘Bilgewater: Burning Tides’. That was already 3 years ago, but almost a year was wasted due to the pandemic. We knew Viego would be released as a future champion, so we wanted to expand his narrative even further.

● UI/UX is somewhat inconvenient to enjoy ‘The Fallen King’. I wish the minimap was always supported.

Steve: We are constantly checking feedback. We listen to your voice to see if there are any problems with UI/UX and fix bugs. However, the minimap does not have a high priority for work.

● The company’s previous work ‘Battle Chaser’ was also difficult, but ‘The Fallen King’ is even more difficult.

Steve: Unlike ‘Battle Chaser’, ‘The Fallen King’ provides various difficulty levels. If the game is too difficult, select Story Mode or Normal Mode. In the case of the story mode, you can skip the battle altogether and focus on the game’s narrative. 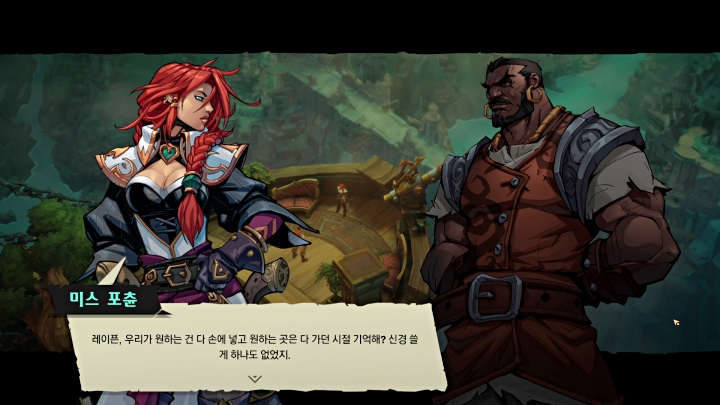 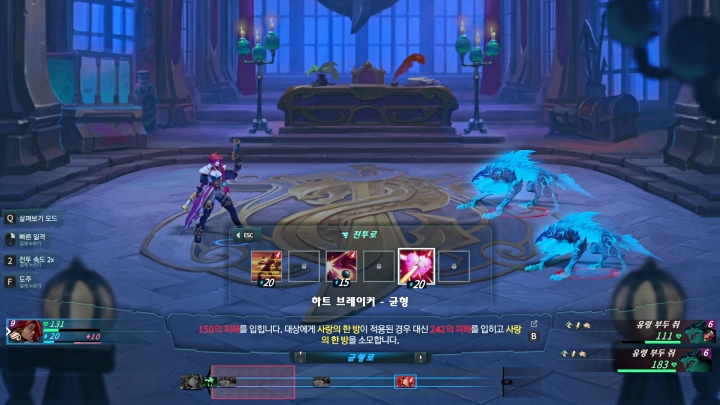 ● What kind of gameplay were intended with the lane switching system, and any tips?

Steve: Each battle is difficult, but we wanted it to give you a sense of accomplishment. Instead of attacking the enemy without thinking, I wanted to give them something to think about as if solving a puzzle. A game in which every attack has a unique function and there is a best-case scenario in a particular situation. The lane switching system can be a bit difficult, but responding to the constantly changing situation is the beauty of the Fallen King.

● It was surprising that the skill and play style in ‘League of Legends’ were faithfully reproduced in RPG.

Steve: That’s a good question. The process of reinterpreting the skills and play styles of various characters in ‘League of Legends’ into a turn-based RPG was very interesting. I also wanted to give a new role while reflecting the abilities of the original. For example, Illaoi, who is used as a tank or a bruiser in the original work, becomes a healer.

● I enjoyed the comic book-like cutscenes. How did you build this art style?

Steve: Another head of the Airship Syndicate, Joe Matherare, is a very well-known, top-notch comic book artist. He always draws great characters, so it’s a pleasure to work with him. Actually, Joe is also my older brother (laughs). They’ve been helping each other for nearly 15 years.

Rowan: We are also happy to collaborate with Joe. Because you can see the world in ‘League of Legends’ from the perspective of such a great artist. It was really fun to see Ari, Yasuo, Viego, etc. drawn by Joe, and I think gamers will too. That’s why Riot Forge is asking talented studios like Airship Syndicate and Choice Provisions to reinterpret League of Legends in their own style. 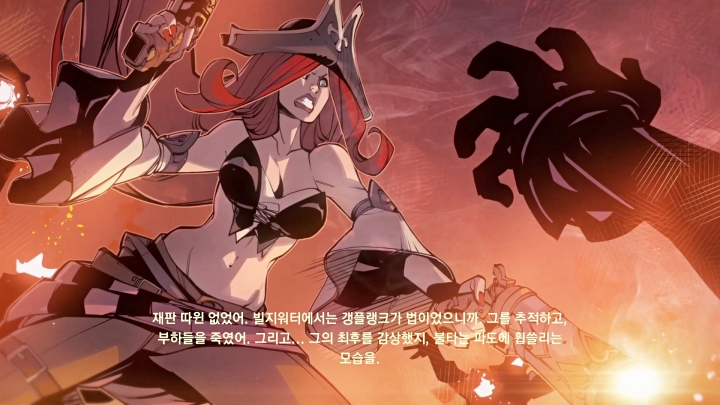 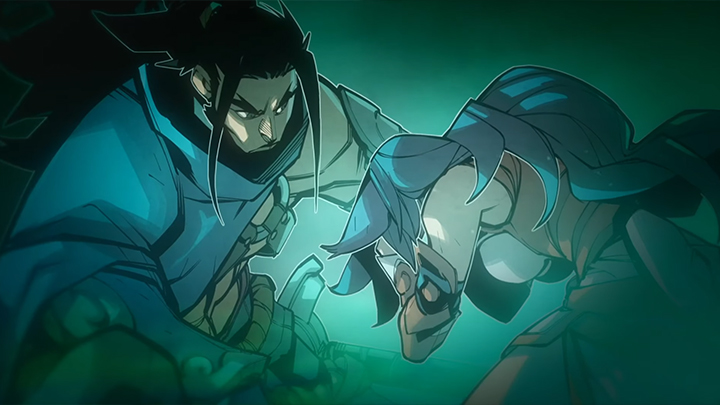 ● ‘Magic Engineering Mayhem’ was also released as a Netflix mobile app. It’s a rather unfamiliar platform.

Rowan: We wanted as many gamers as possible to experience our game. I think the timing is right because Netflix has released a mobile platform.

● How did you come up with the idea of ​​unraveling the narratives of Ziggs and Heimerdinger with rhythmic action?

Alex: If you’ve heard of our studio, you’ll also know the ‘Bit.Trip’ series. When we got an offer from Riot Forge on that basis, we immediately thought of Ziggs. Aren’t Ziggs so cute and explosive? Explosions can be a bit on their own. So, we thought of a rhythm action game in which we ran explosively very naturally.

● The screen is very distracting while playing. it looks like fireworks

Alex: I hope that ‘Hextech Mayhem’ feels like a moving wall made of explosions. I’m so flashy and crazy, isn’t this a bit off-putting? I want to give you an experience that jumps right up to that point. So it’s a situation where you can keep your mind and enjoy the game as much as possible. Also, by making Piltover into a chaos, we tried to reveal the personality of the character called Ziggs. Although Ziggs is very small, its personality fills the screen. In the end, frenzy + individuality is what we were after. 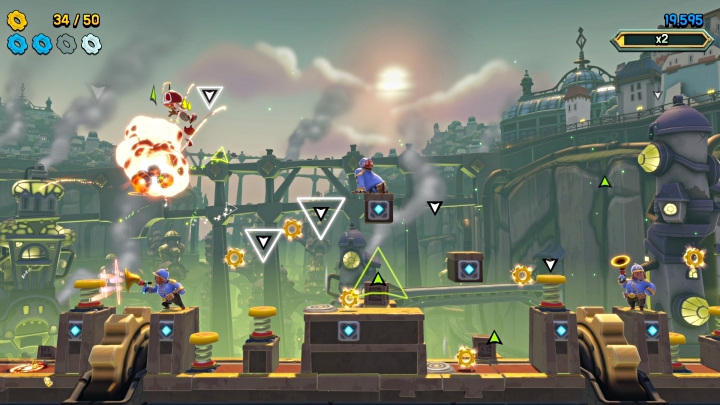 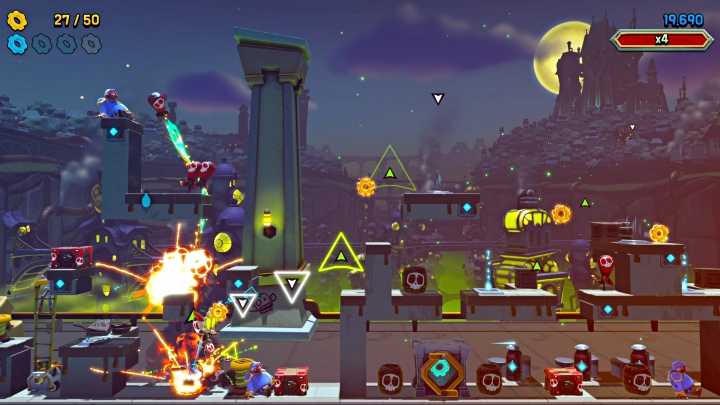 ● It looks easy at first glance, but it requires very fast and precise manipulation to achieve a high score.

Alex: Exactly. At first glance, ‘magic engineering mayhem’ seems easy. An arrow-shaped prompt pops up on the screen. But if you’re aiming for a high score to brag about to your real friends, the hidden interaction element between the prompts is important. You have to listen carefully to the music, follow the movements of the Ziggs, and judge when and what action to take. It will be very difficult, but you will feel a great sense of achievement.

● It looks like a streamer will enjoy the show by looking at the subtle difficulty level and the flashy screen.

Alex: This is actually the effect we expected. It’s really cool to see streamers playing Hextech Mayhem. He was just screaming and excited and enjoying the game. We hope to see them rise to the challenger rank in Impossible Mode, which is unlocked after the ending.

● Many people complain about the lack of support for key mapping while claiming to be a rhythm game.

Alex: Thanks for asking. Improvements are already underway on that issue. The schedule has not been confirmed yet, but it will be updated in the near future. If you have any other inconvenience, please let us know at any time. 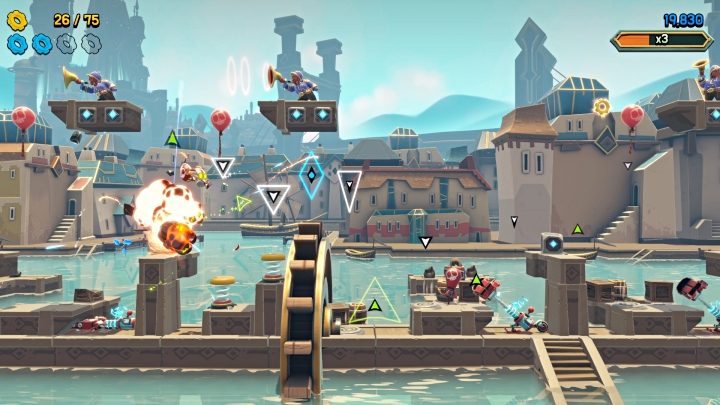 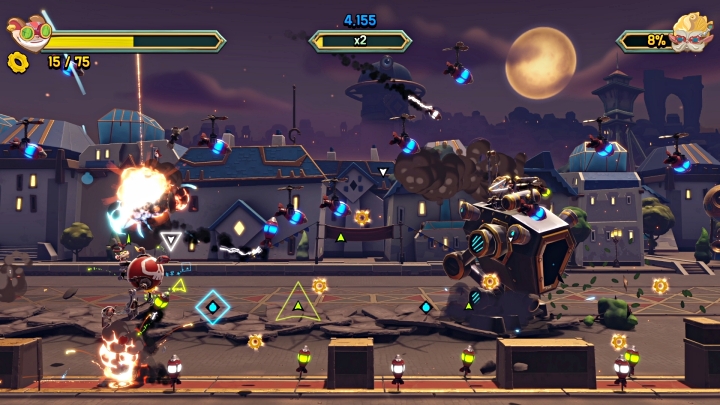 ● Please let me know if you have any plans to release additional content such as DLC for both works.

Steve: Right now, we are focusing on fixing the bugs reported by gamers. Improvements are still in progress at this moment. That is our focus.

● I am curious about the collaboration process between Riot Forge and game companies such as Choice Provisioning and Airship Syndicate.

Rowan: I am not contacting you with a specific blueprint. The first thing we ask is ‘what do we want to make?’ Because all of our partners are already successful game buyers. Choice Provision developed ‘Bit.Trip’ and Airship Syndicate developed ‘Darksiders Genesis’ and ‘Battle Chaser’. So we just ask what our favorite elements of ‘League of Legends’ are, and we think together about a good story and suitable characters.

● If so, will we be able to see more of Riot Forge’s work in the future?

Rowan: If you watched the Nintendo special a few days ago, you would know that two works have already been released. Furthermore, we plan to show more works in the future, and our goal is to introduce various characters through more diverse genres.

● Lastly, if you would like to say hello to Korean gamers who have been waiting for Riot Forge’s two works

Rowan: “I would like to express my deepest gratitude to the fans in Korea. We’ve been together for over 10 years now. ‘League of Legends’ has supported us from the very beginning. People change their tastes as the years go by, but the ‘League of Legends’ characters still live in a worldview and create new stories. Riot Forge can deliver these different narratives to you. It’s no longer an online game, it’s a single-player game. Through this, we hope to experience the ‘League of Legends’ more colorfully.” 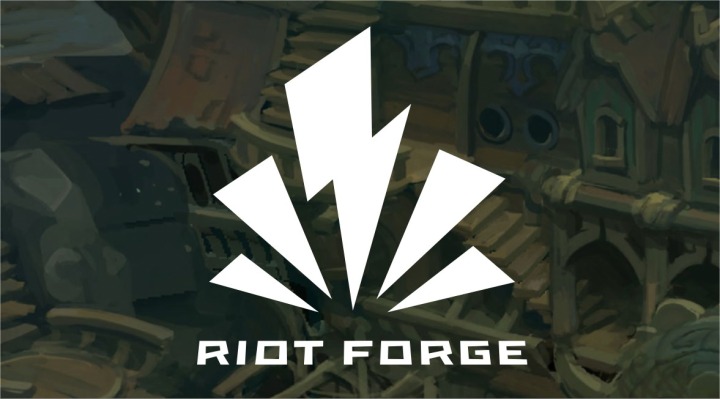