New Player Experience (or NPE for short) is the name of the new intro tutorial that was released for EVE Online in September. And that was urgently needed, because since the Free2Play game was published in 2003, thanks to tons of patches and of course updates, it has become increasingly difficult for new players to gain a foothold in New Eden, the game world (or rather the game worlds).

One might think that the NPE is just in time. Here all gameplay elements are explained in theory, players slowly introduced to the game mechanics and finally released into the galaxy, perfectly prepared. And in practice? Oh well.

A galaxy far, far away


EVE Online: How Beginner-Friendly is the Space MMO Today? (1)

But first: what is EVE Online (buy now 29.95 €)at all? The answer to that is not that easy. Is it a simulation? Is it an RPG? Or something completely different? Somehow it’s all at the same time. It takes place in space. That’s already clear. And that you are not alone, too.

Because EVE Online is also an MMO. And what one. Since its release, the title has earned a reputation as a particularly complex and, for newcomers, almost impossible to understand game. And here I am – newbie. “Play in” they said. Pfff.

In EVE you play a capsule pilot. These are people who belong to one of four factions and fly through space in spaceships. So far, so easy. These parties are sometimes very different from one another. The Amarr, for example: they are slave traders who see themselves as the race chosen by God.

However, they have heavily armored spaceships with laser weapons. Or you can opt for the patriotic and democratic Gallente with their ships armed with drones. Or is it the Minmatar that were once suppressed by the Amarr?

These factions are constantly at war with each other (otherwise it would be boring), which is why you often get involved in battles with AI opponents and of course other players, MMOs. And they can be quite demanding.

Especially when, as a beginner, I am fighting a veteran pilot with my inferior ship. Fortunately, in the event of defeat, I do not float forever as a lifeless body in the vastness of space, because as a capsule pilot I have the privilege of being cloned after every death.

Also interesting: EVE Online appears studio boss in a dream and wants to rule the world 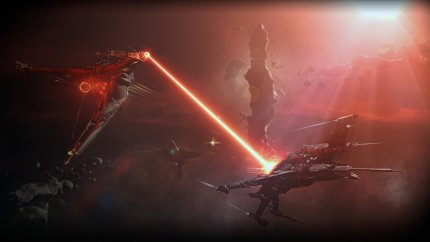 EVE Online: How Beginner-Friendly is the Space MMO Today? (2)

However, it gets annoying later in the game when I lose valuable spaceships. And not only in the virtual universe, because the boats are also of some value in real life. In 2017, spaceships worth $ 13,000 were destroyed in battle during an in-game event. For one battle, the game received two entries in the Guinness Book of Records.

First of all, I create a character for myself. To start with, I choose one of the groups mentioned above and a class. The former determine the appearance of my initial spaceship. My choice has no influence on the course of the game, because in EVE I can become anything I want. Then it goes to the character editor to create the game character. And it beginns.

I don’t have to look for a server, because all the players are together in a huge playground. That means: almost 7,500 planetary systems and in 2013 around 65,000 players playing at the same time. These are big numbers for a big game and we (plural majestatis) are right in the middle of it.

The fact that EVE Online is also a simulation can be seen in many places in the game. Because all economic and political matters are up to the players. You shape the world and its rules.

Powerful groups of players set the market prices for resources and other things, others are feared for attacks on unsuspecting players. CCP Games does not intervene in the event of fraud or theft, but leaves it to the players to judge and punish. 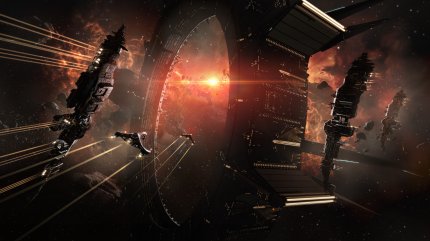 EVE Online: How Beginner-Friendly is the Space MMO Today? (3)

Since the hustle and bustle has been taking place on the same server for around 18 years, some pilots have achieved a certain reputation and level of awareness up to legendary status. There is a real war going on over control of the lawless “zero-zero” territory, and if you want to defend yourself to a different group of players, you have to prepare yourself for your origins, previous allies and enemies and crimes committed to be checked (ingame of course).

This can even take up to a couple of weeks. The players create their own virtual world to an extent that I have rarely or never seen in other games. The tremendous freedom is clearly the greatest strength of EVE Online.

Because not only the galaxy can be designed. My character can also take on important roles and carry out a wide variety of activities. So you can decide whether I want to pursue a scientific career such as exploration, become an industrialist and mine on asteroids, or pursue warlike activities such as hunting pirates or, conversely, pirate hunters, to name just a few examples.

It’s all so complex and multi-layered that as a new player you will be put off right away. This is exactly what the new New Player Experience is supposed to counteract. But is that even possible?

It continues on page 2 with the answer to the question: Can you play EVE Online thanks to the update without having studied for it beforehand?