However, the ability to display objects in more than two dimensions required some technical development.

When the video game industry was still in its infancy, options were limited to two-dimensional pixels that were pieced together to form figures.

But even then, there was a great desire to develop games that were as realistic as possible. So various tricks were often used to program the pixels in such a way that they simulate a three-dimensional space.

Every beginning is two-dimensional

In some racing games, for example, they have been arranged in such a way that they come closer and closer together in the distance, which should give the player the feeling of really being on a racetrack. However, that was still a long way from real 3D.

With the jump from 8-bit to 16-bit and finally to 32-bit consoles, the technical possibilities expanded. The first developers started using polygons, i.e. polygons, to create their 3D models.

Triangular shapes are mainly used here, as these are the easiest to calculate for the consoles and many other shapes can be created from them.


Kratos appears razor-sharp in the God of War games. Thanks to a lot of polygons.

The greater the number of polygons that make up an object, the better its graphical representation and the more hardware power it takes to render it.

For comparison: the starting area in Super Mario 64 with Peach’s castle and the surrounding area consists of a total of 871 polygons, while Kratos from God of War for the Playstation 4 is composed of around 80,000 of them.

The first 3D games that were created with the help of polygons were not nearly as realistic as today’s standard and therefore usually look unattractive and badly aged from today’s perspective. 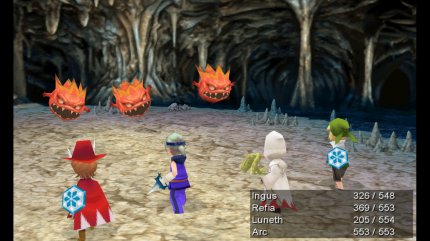 For the video game market at that time, however, games like the aforementioned Super Mario 64 or Final Fantasy were a huge revolution, as there were no games before that came even close to reality.

However, there was also a problem with the jump from 2D to 3D, which different series of games solved sometimes more, sometimes less well. Namely adapting the gameplay to the new possibilities.

For the Zelda series, for example, that wasn’t a big problem, as it had been designed for a 3D engine since the first offshoot on the NES. You could already move there in all directions, but only with a two-dimensional map.

In this case, the change to three-dimensionality was only positive, as it not only improved the gameplay, but also made the story much more realistic and captivating. You can see that in the great first two 3D Zelda parts Ocarina of Time and Majora’s Mask. 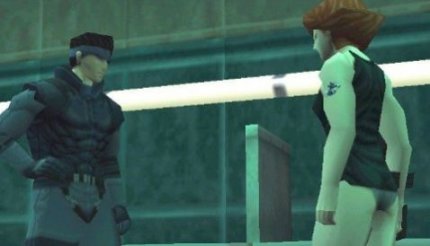 Cut scenes like in Metal Gear Solid benefit from the development to 3D.

In general, games that focus on the story have largely benefited from development. These could now also integrate realistic cutscenes that were significantly more cinematic than their two-dimensional predecessors.

Game series like Sonic, however, had a much harder time jumping on the 3D train. Due to the very fast gameplay, a change to three-dimensional world and level design was a great challenge.

Most attempts to bring the blue hedgehog into the third dimension were unsuccessful, as the developers did not manage to maintain the essence and charm of the games based on the fast and action-packed gameplay. This is also reflected in the reviews of games like Sonic Unleashed and Sonic Forces.

Nonetheless, the move towards 3D has had great benefits for the video game industry, largely because of the wider range of possibilities it now offers. And everyone can decide whether they prefer to experience nostalgic 2D Jump & Runs or realistic story worlds. 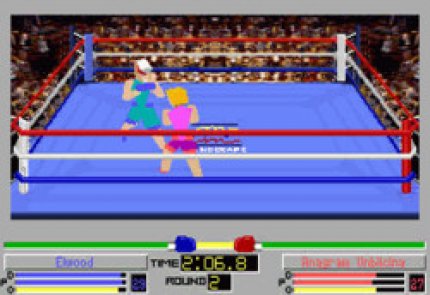 4D boxing has nothing to do with real 4D.

Does this mean that the limit of what games can be has been reached, and if not, how far can gaming still go? The first steps towards expanding the third dimension have already been taken with the development of virtual reality. But is it possible that four- or even more-dimensional games will be developed in the future?

No. The problem here is that everything that lies beyond our three dimensions is not tangible and understandable for us. So it is difficult to say how gaming would work in the fourth dimension, since we have no way of knowing what the fourth dimension looks like. Ask us again in 1000 years, maybe the human mind will have developed accordingly by then.

In fact, there have been games that advertised the ability to display 4D, for example 4D car races or 4D boxes. And you may know these virtual roller coasters in amusement arcades where the seat moves under you – according to the manufacturers 4D!

In these cases, however, this is nothing more than advertising, since “4D” in the title simply sounds tempting. Of course, this has nothing to do with the actual representation of the fourth dimension.

So let’s stay realistic and focus on 3D. That’s not bad, because gaming is constantly developing within this corset, just in a different way, and we will hopefully never get enough of it.

Crazy game ideas: These video games are far from normal

Video games are a dime a dozen. Some try to stand out with graphics, others with thick licenses. But there is another way …

Surfshark VPN: Black Friday deal with an 83 percent discount on the 2-year subscription

Black Friday at Surfshark VPN: 83 percent discount on the 2-year subscription – surf securely with all devices for only € 1.91 per month #advertising