By now it should be clear to everyone that Halo Infinite will not be a fire-and-forget release. The multiplayer mode with Free2Play model was simply released without warning, the single player campaign starts on December 8th and new seasons, a co-op mode and an editor have already been announced for next year. The latter in particular are eagerly awaited by many fans, but appear later than planned: The co-op mode for the story campaign was originally supposed to be released during the second season. As reported by Eurogamer, 343 Industries is extending the first season until May 2022 in order to make further improvements to the game during that time. The start of the second season is postponed by about three months and that means: That too Co-op mode will appear later, you shouldn’t expect it before May 2022.

The “Forge” or “Schmiede” (Halo’s extensive editor) was originally scheduled for the third season, which is also postponed due to the new schedule. on exact dates for editor and co-op they don’t want to commit themselves at 343 Industries at the moment, because they are busy responding to player requests and feedback.


Strong gunplay and a slow TKK (Time To Kill) characterize the multiplayer.

While the gameplay in the free multiplayer mode has already received a lot of player praise, the sluggish Battlepass progression system still stands in criticism. For many players, the level up does not go fast enough, as the XP gain was initially only linked to certain challenges. Since then, the developers have made some improvements and are now pouring 50 experience points for each match. Even so, the level ascents are still extremely slow. However, not all players are bothered by it, since it is in Halo Infinite (buy now ) currently only unlock unspectacular cosmetic upgrades anyway. There are no game advantages or weapon upgrades, in the multiplayer games of Halo Infinite everyone starts with the same requirements and the same equipment. 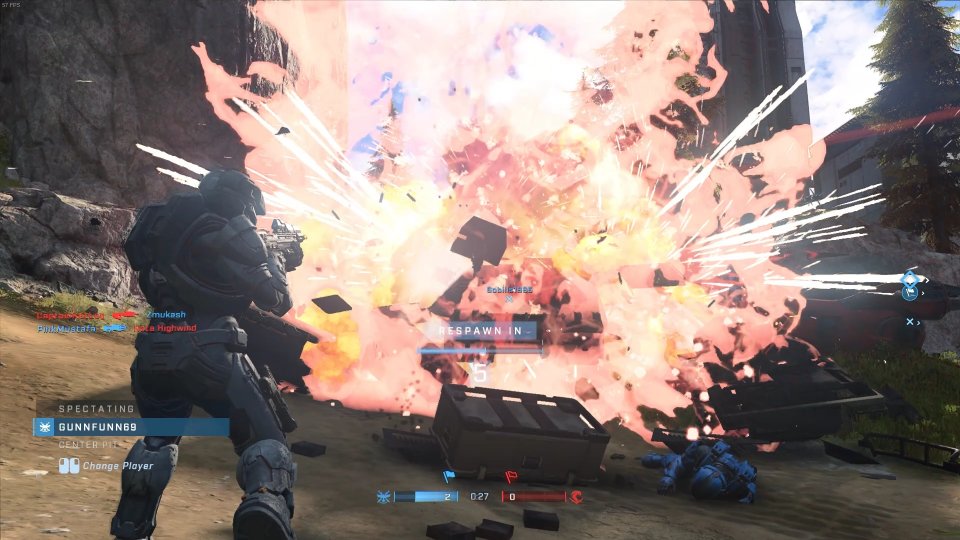 Wonderful chaos breaks out, especially in the Big Team Battles.

In addition to the extremely successful multiplayer, Halo Infinite will also offer a large-scale single-player campaign that will be much more extensive than all previous Halo parts. For the first time in the series you will explore a semi-open game world, plus there are unlockable upgrades, bonus goals and brand new gadgets that make your Master Chief much more agile than in previous games. But is that still a halo? In our hands-on preview with video, David explains why Halo Infinite feels great, but the open world of all things could be a problem.

In theater mode you can watch your multiplayer games again. [Quelle: PC Games]

10:45
Halo Infinite | PREVIEW | The campaign in the final check before release