Fans will have to wait at least a few more years for a Star Wars: Battlefront 3.

You can call it a shaking of power: Despite persistent rumors and the 2021 comeback of the second part, EA and DICE are supposedly planning no Star Wars: Battlefront 3. According to a well-known insider, the sequel, which has now been planned, is off the table because Electronic Arts allegedly does not want to make the money for the Star Wars license.

We would have even thought hard about what Star Wars: Battlefront 3 would look like and what it would have to deliver. Take a look at wannabe Jedi Dimi’s wish list:

Why you shouldn’t expect Battlefront 3

What is the current status? The established industry insider Tom Henderson recently shared alleged information about the development of Star Wars: Battlefront 3. Henderson claims to have learned that EA had considered a sequel to the shooter series, but ultimately rejected it.

One of the main reasons for this are the license costs that EA would have had to shell out for the Star Wars brand. According to Henderson’s information, the publisher would have with Battlefront 3 20 percent more income have to generate in order to achieve the same profit.

In addition, many of the main responsible Battlefront developers are no longer employed by EA or DICE – such as Dennis Brännvall – which also stood in the way of the potential project. It cannot be ruled out that DICE and EA will eventually realize a Star Wars: Battlefront 3 – but that should take a few more years.

Small consolation for fans: According to Henderson, EA and DICE are not working on a new Battlefront, instead a new Battlefield after 2042 is much more likely. But there are at least two more Star Wars games in development at EA – one of which is almost certainly Jedi: Fallen Order 2 by Titanfall developer Respawn Entertainment.

A whole range of new Star Wars games should await us in the coming years anyway, after all the license is no longer exclusive to Electronic Arts. For example, Ubisoft is working on an open world title, a remake of Kotor 2 is in the making and there are rumors about games for The High Republic and The Mandalorian. You can get an overview in this article:

How credible is the info? Tom Henderson is now one of the most reliable sources in the gaming industry and regularly provides information on major shooter brands such as Call of Duty or Battlefield – but also GTA 6 – which usually come true later. Henderson is considered to be trustworthy and his prognosis for the future of Battlefront is anything but absurd.

After all, DICE announced in an interview with PCGamesNthat despite the continued popularity of Battlefront 2, there would be no plans for a sequel at the time. In the meantime, EA Vancouver and Criterion Games were even working on a spin-off in the style of Jedi: Fallen Order, which was discontinued. There was another Star Wars title with Squadrons from Motive Studios.

Das Battlefront-Comeback 2021: After a mixed and controversial launch due to questionable lootbox mechanics, Battlefront 2 developed into a real multiplayer highlight in the following years. In 2021, a free promotion in the Epic Games Store ensured a real comeback of the shooter – which not only delighted Dimi. You can find out more about this in our video on the topic: 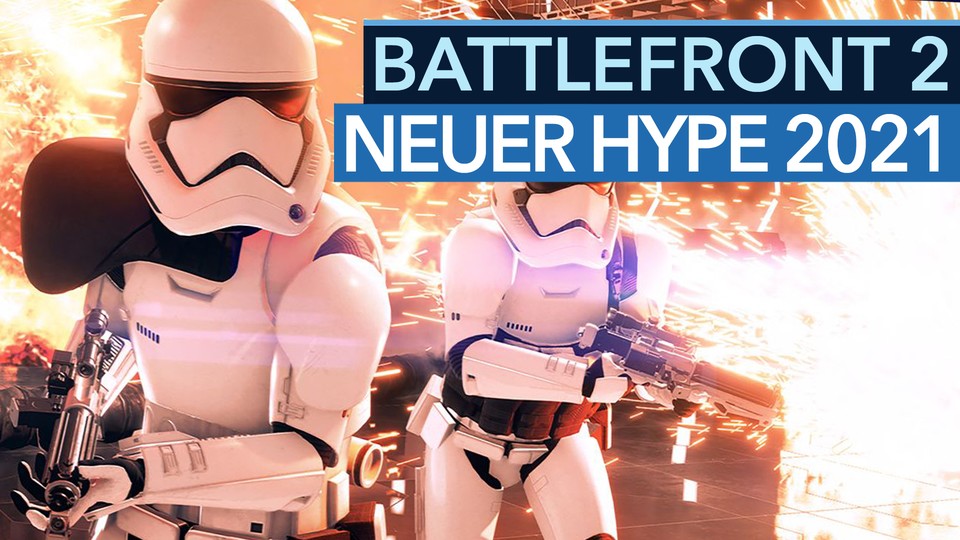 
Battlefront 2 delivers in 2021 what all other shooters are snoring

How do you feel about the insights behind the scenes at EA and DICE: Would you have been happy about a Star Wars: Battlefront 3? Or can you do without it without any problems?