Rolster Y, who participated in the Horizon Cup as Korea’s representative, played a full set match against China’s representative Thunder Talk Gaming, but unfortunately lost and ended their journey in the semifinals.

Riot Games, which develops and services Wild Rift, a mobile game using the League of Legends IP, hosted the Horizon Cup, the first international e-sports competition in the history of Wild Rift, held at the Suntec Convention Center in Singapore from the 13th to the 21st at Dakun Gaming, representing China. It was concluded with the victory, and Rolster Y, the representative of Korea, said that they performed impressively as they advanced to the quarterfinals.

Dakun Gaming was selected as a contender for the title even before the Horizon Cup was held. It was because he was able to get a place in the competition through a huge competition rate. In the group stage, which consisted of 5 teams and played as a single round robin group, Dakun Gaming, which belonged to Group A, gave only one set to Rolster Y and shut out all the other three teams 2-0. Dakun Gaming, which went straight to the semifinals, advanced to the final by defeating Southeast Asia’s representative STBC eSports 3-1.

In the final, where the Chinese representatives played a best-of-seven game for the throne, it was expected that Dakun Gaming would easily win the championship by winning the first and second sets. However, as Thunder Talk Gaming’s organizational power began to revive, Dakun Gaming, who gave up 3 and 4 sets, drove their opponents to the 5th and 6th sets from the beginning, winning the title of the first Horizon Cup winning team with a final score of 4-2.

◆ Rolster Y, which has grown rapidly in a short period of time

Rolster Y, who founded the Wild Lift team in June of this year, showed competitiveness in the Korea-China match held in August and then won the Wild Lift Champions Korea (WCK) held in September without losing a single set and qualified for the Horizon Cup.

In the first international competition in Wild Rift esports history, the Rolster Y outperformed expectations. China and Southeast Asia, which are regarded as powerhouses in mobile e-sports, participated in two teams, and Rolster Y played in a group with Dakun Gaming (China), STBC Esports (Southeast Asia), TSM (Brazil), and Tribe Gaming (North America) on the group stage. competed with

Rolster Y cruised by defeating their first opponent, STBC Esports 2-0, and defeated TSM 2-1 to advance to the semi-final playoffs. Rolster Y, who had a 1-0 lead against China’s representative Dakun Gaming, lost 2 and 3 sets, but defeated Tribe Gaming and placed 2nd in Group A with 3 wins and 1 loss.

Rolster Y played against Korea and Japan in the semi-final playoff held on the 19th. Rolster Y, who faced Sengoku Gaming, the representative of Japan with two Korean players, showed concentration in the second half of each set and won a 3-0 victory.

In the quarterfinals held on the 20th, Rolster Y played a full set match against Thunder Talk Gaming, who ranked first in Group B of the group stage, but unfortunately lost 2-1. Rolster Y, who lost in vain while failing to block Thunder Talk Gaming’s mid laner in the 1st and 2nd sets, won the 3rd and 4th sets by showing a unique backseat. Rolster Y, who had the upper hand by winning a kill in the early 5th set, lost twice in a row in the Dragon Zone Battle and was frustrated from advancing to the finals.

The fact that Rolster Y’s Horizon Cup journey ended in the semi-finals, but only lost to the Chinese team is worthy of praise. China, where mobile Multiplayer Online Battle Arena (MOBA) esports are active, is already a competitive region with over 100 Wild Rift teams.

On the other hand, in Korea, Rolster Y, operated by KT Rolster, and only T1 and Reeve Sandbox are operating the Wild Rift Pro team. Although the investment was weak and the player pool was not wide enough, Rolster Y proved that Korea’s infrastructure has international competitiveness by performing well in this Horizon Cup.

As Rolster Y performed well in the Horizon Cup, it gave hope that the Wild Lift team, made up of Korean players, could also create a success story. It showed that if professional game teams form a wild lift team and operate it stably, there are conditions for players to explode their potential and they can rise to a level that can compete with their shoulders in international competitions.

In the future, it is possible for Wild Lift players and coaches to advance to the international stage. In the case of Sengoku Gaming, a Japanese team, two of their five main players were Korean players as mercenaries and they advanced to the semi-finals playoffs. Thunder Talk Gaming, who took the runner-up, is coached by Korean leader Min-seok Seo, who will compete in the 2020 League of Legends World Championship. After leading the PSG Talon, he changed the sport to the wild lift in 2021 and produced meaningful results. 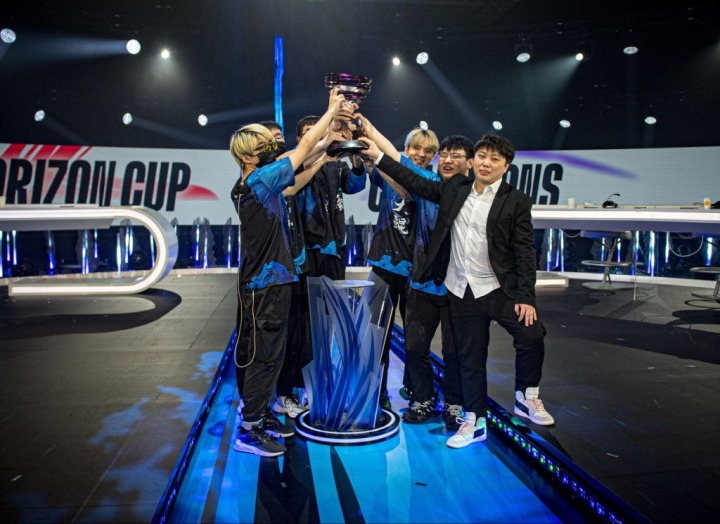