First of all, he apologized for delaying the broadcast twice, which was scheduled for November 9, and started introducing new content while celebrating the release of ‘The Idolmaster Starlet Season’, which was released on October 14. 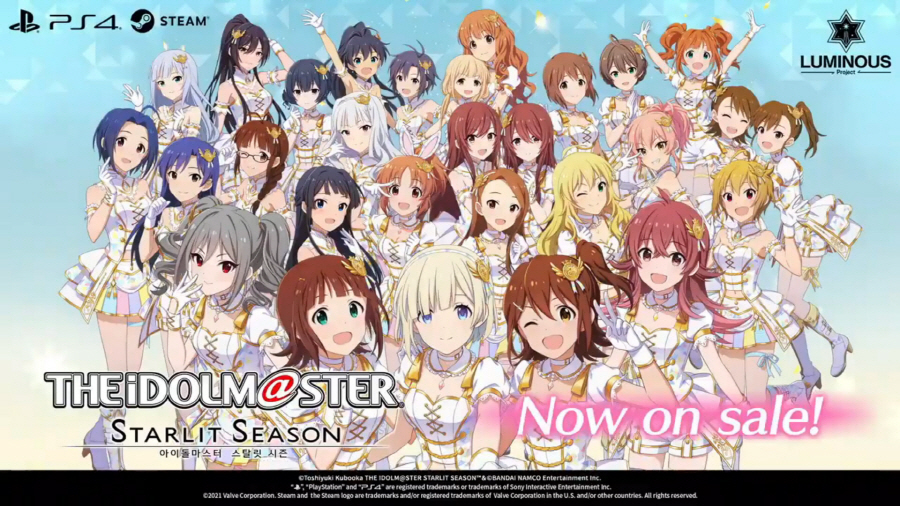 The first was ‘Smile Festa Edition’, the second part of the DLC catalog, a paid download content to be released on November 25th. This DLC, which deals with the story after the end of Project Luminous activities, can only be played by clearing the main story. 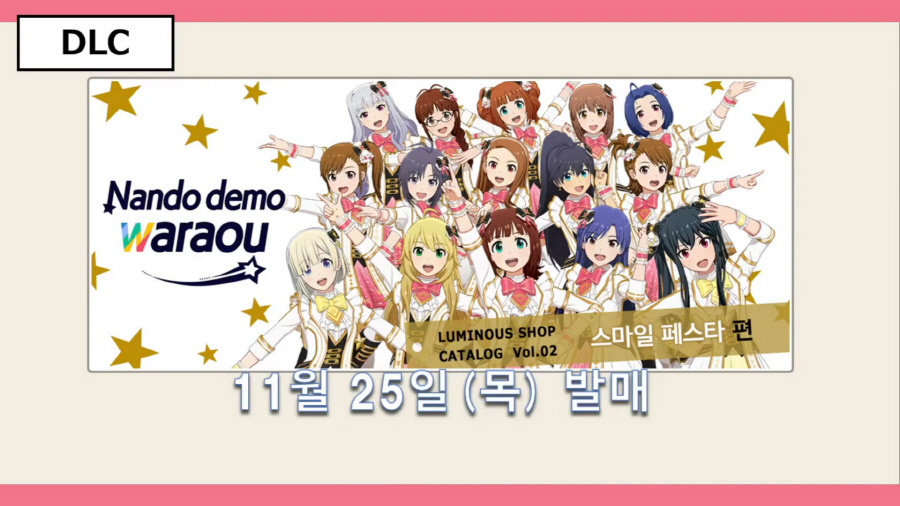 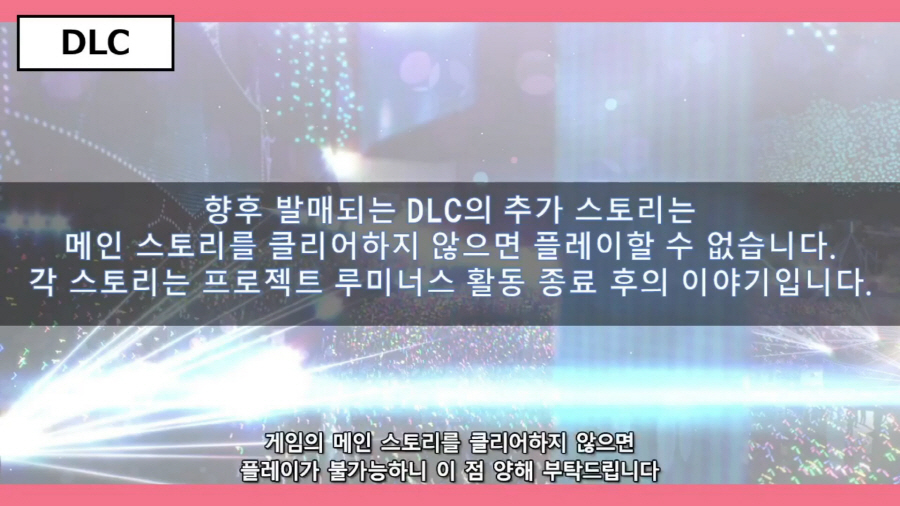 Smile Festa is the story of idols participating in ‘Smile Festa’, a preceding event of ‘Master of Idol World!!’ Under the theme, he will be in charge of producing 765 Pro All Stars, Kohaku, and Aya. The additional song ‘Nando demo waraou’ (Let’s laugh again and again) has 15 singing members including Haruka and 13 other 765 pros, including Kohaku and Aya. 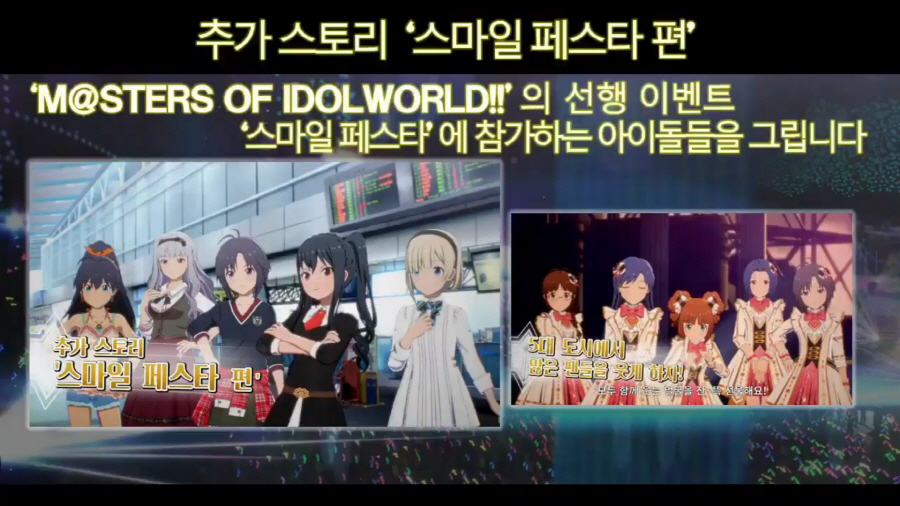 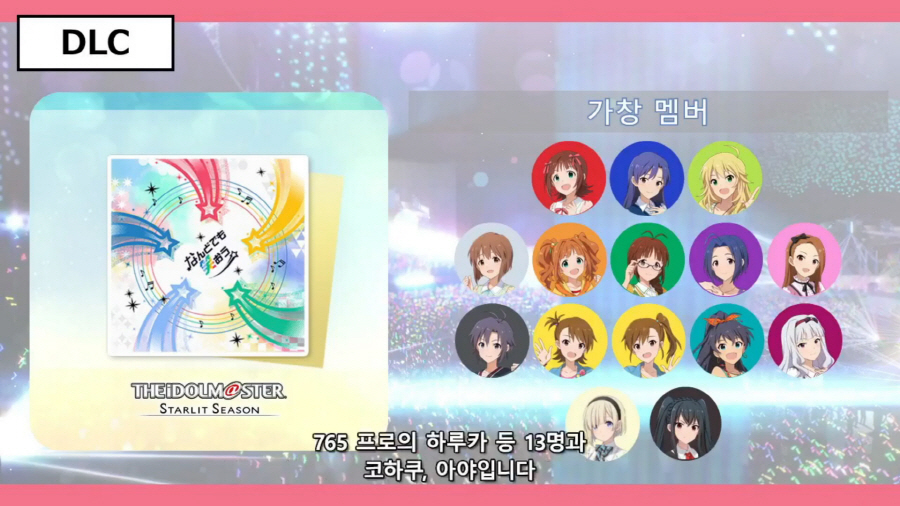 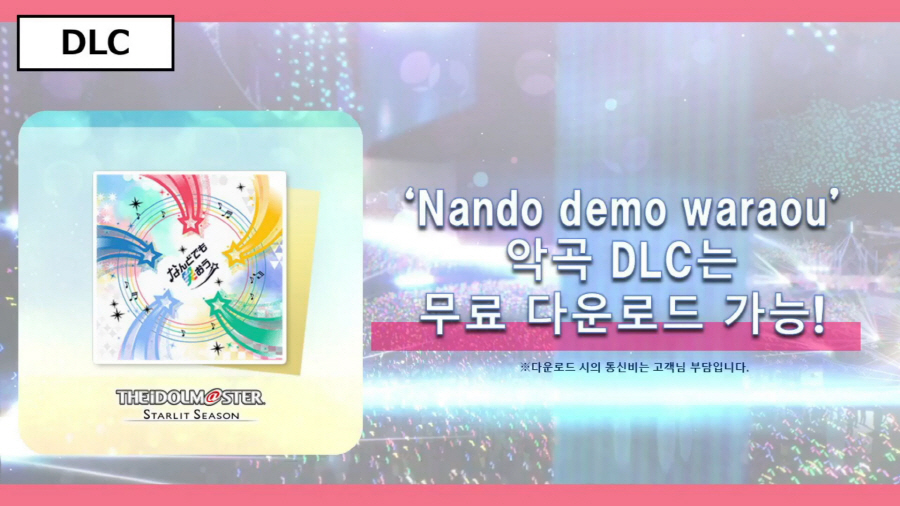 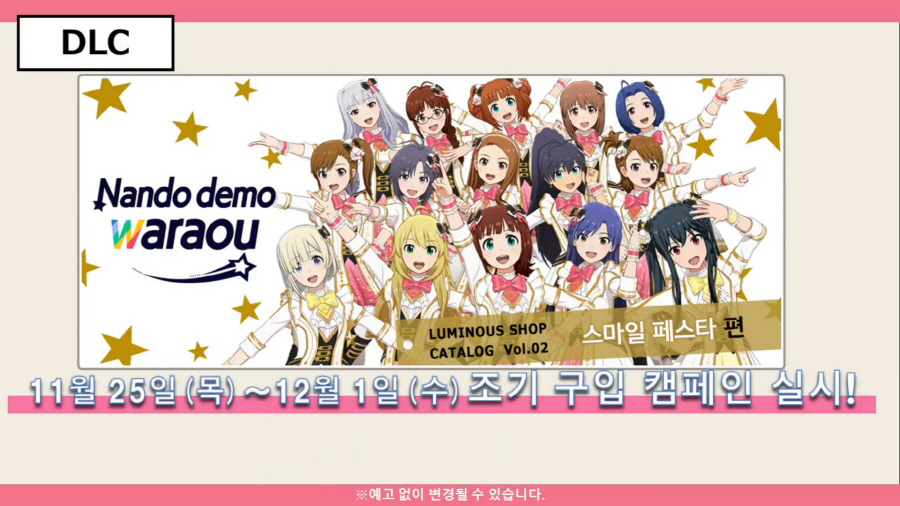 The additional costume ‘Starry Futures’ is a costume made for this Nando demo waraou. In addition, the ‘Ace Combat 7 Original Costume Set’ released by TGS was released, and the special commu ‘Secret Message’ included in the Digital Deluxe Edition. ‘, ‘Masterpiece’, ‘Star Piece Memories’ (clothes), and ‘Pure White Swimsuit’ (clothes) will be sold as individual DLCs at this time. A new costume and special item set called ‘Twilight Lavender’ will also be released here. 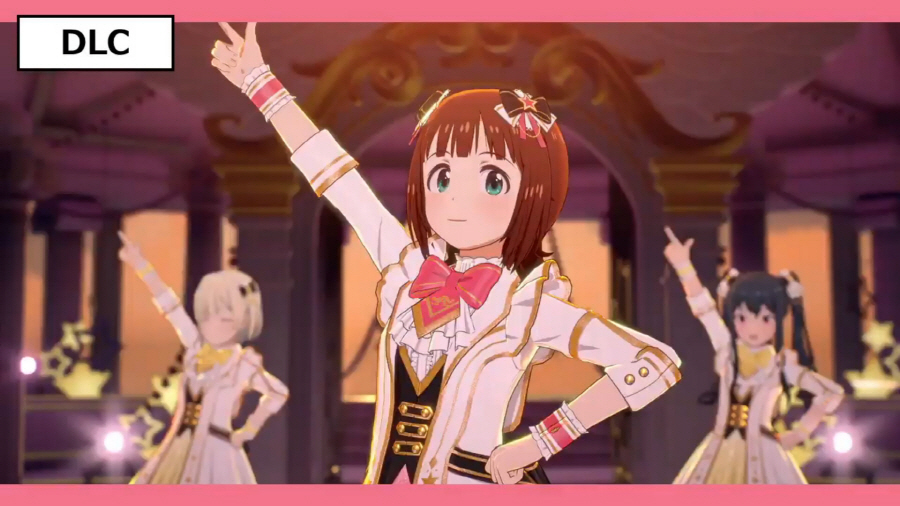 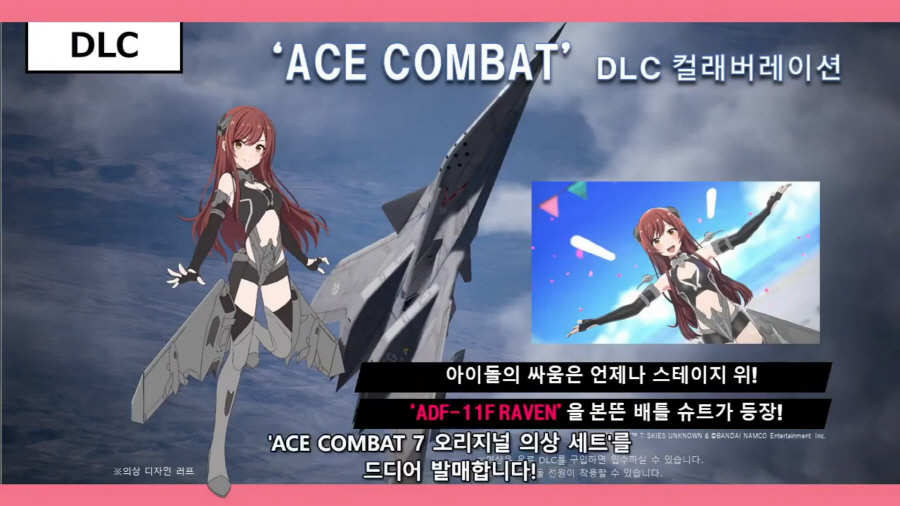 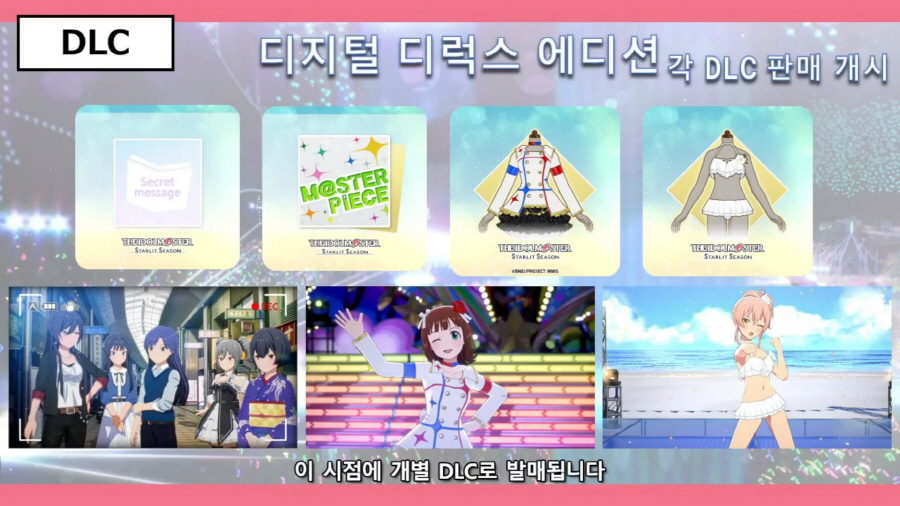 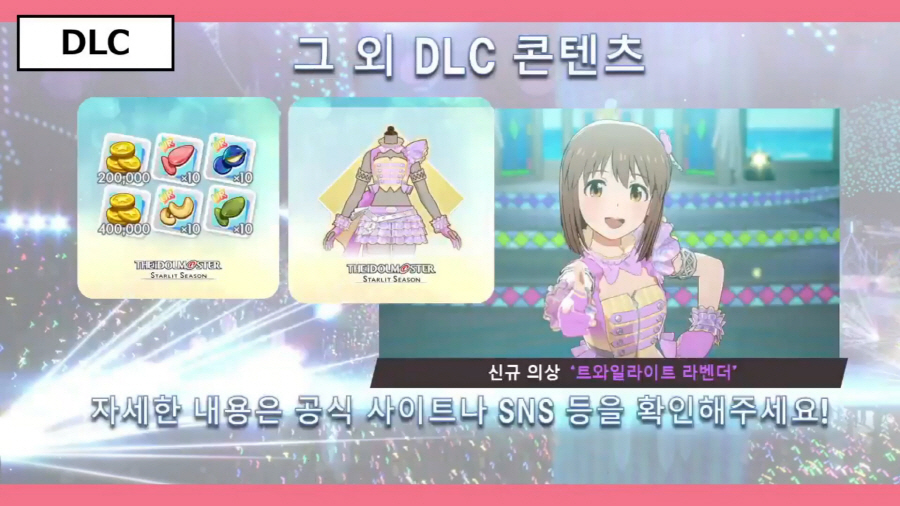 On the other hand, from this time on, free updates will be distributed according to the timing of the DLC release, and the first is ‘Luminous Japan 47’, a mode that can be enjoyed after clearing the main story. The content of the challenge unfolds. 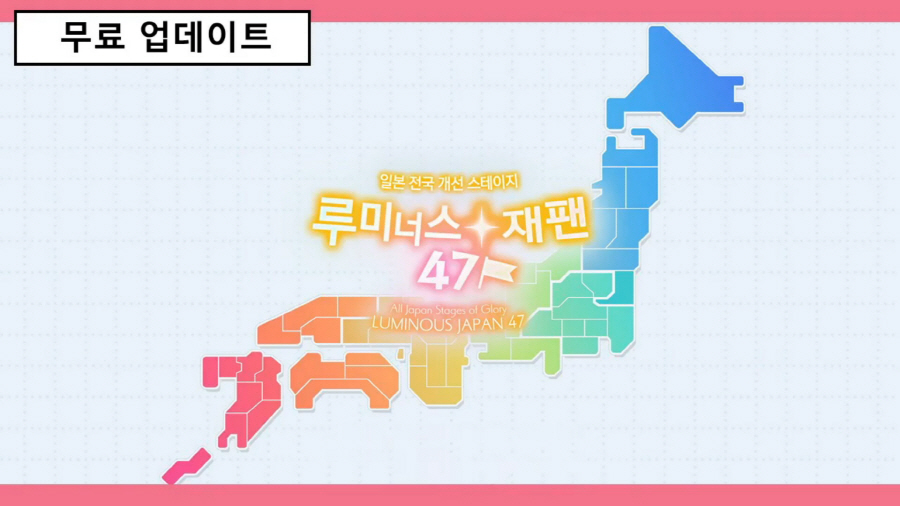 The whole of Japan is divided into 6 regions and distributed one by one sequentially. Clearing all stages within the region clears the region. The skill combination is important, there are idols in each region, and it is a mode that challenges the stage without lessons or sales, but it contains a lot of communication about each region. The first to be opened is the Northeast area. 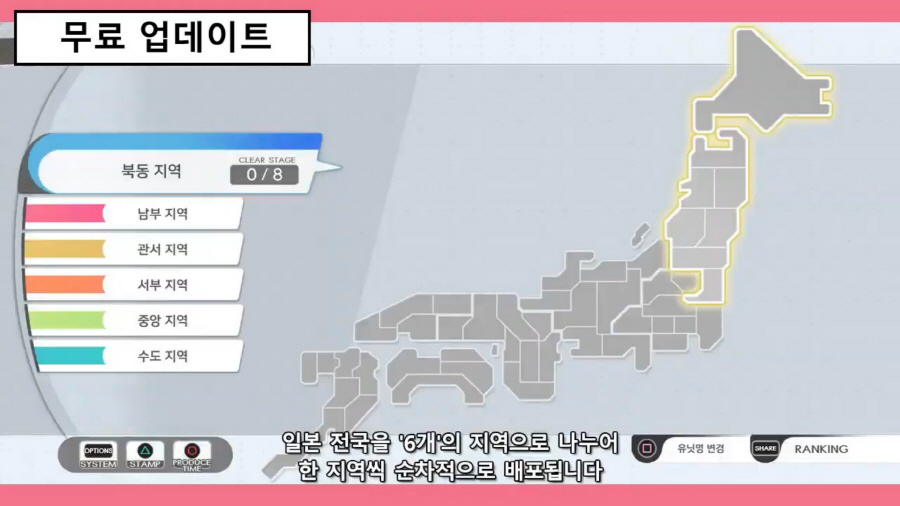 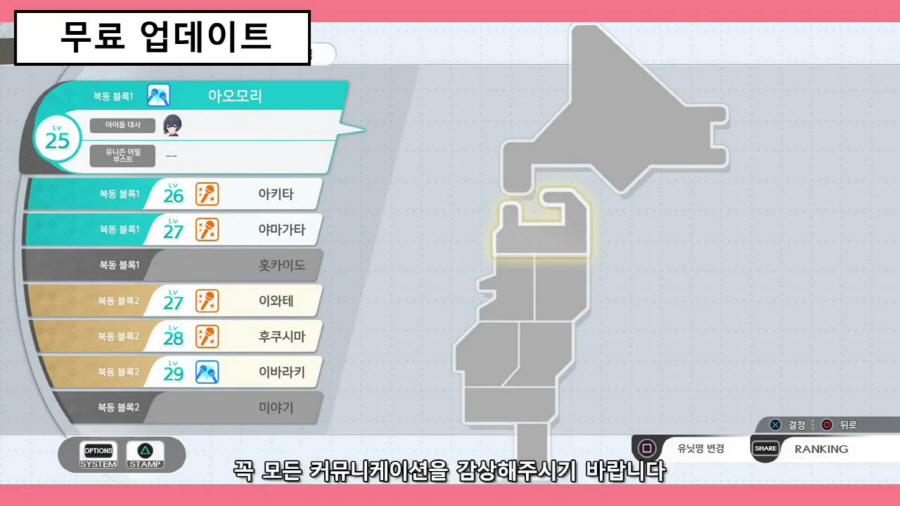 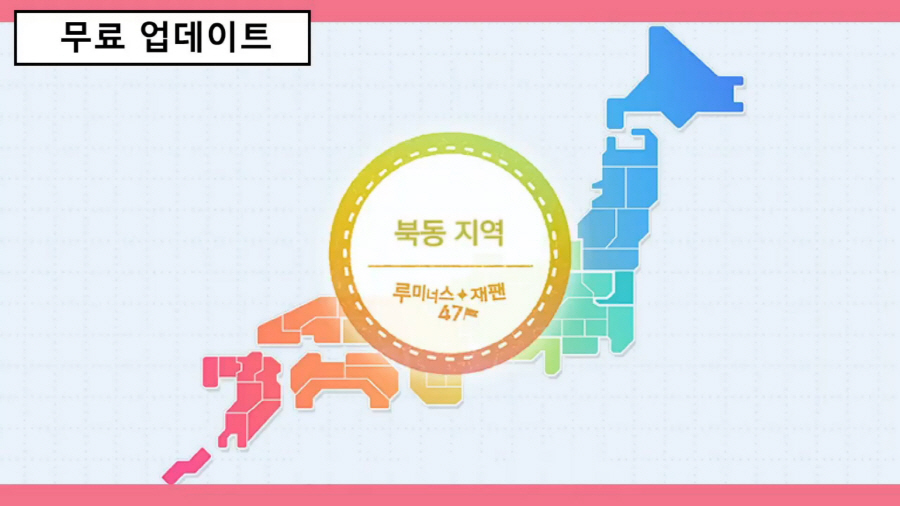 Additional idols that will enrich the story were also announced. The three members of ‘Cinderella Girls’ ‘Takagaki Kaede’, ‘Million Live!’ ‘Tanaka Kotoha’ and ‘SHINee Colors’ ‘Tanaka Mamimi’ appeared as idols supporting Luminous activities for lessons. , helps on stage, does not affect the main story of the main story, but an additional story in which they each lead (each member of Luminous will also appear) will be announced later along with a new song, and the one-on-one relationship in the main story Communication is prepared for each of the additional idols, so you can watch them together as you progress through the main story. Additional DLC Additional DLC producing idols will also be released at a later date. 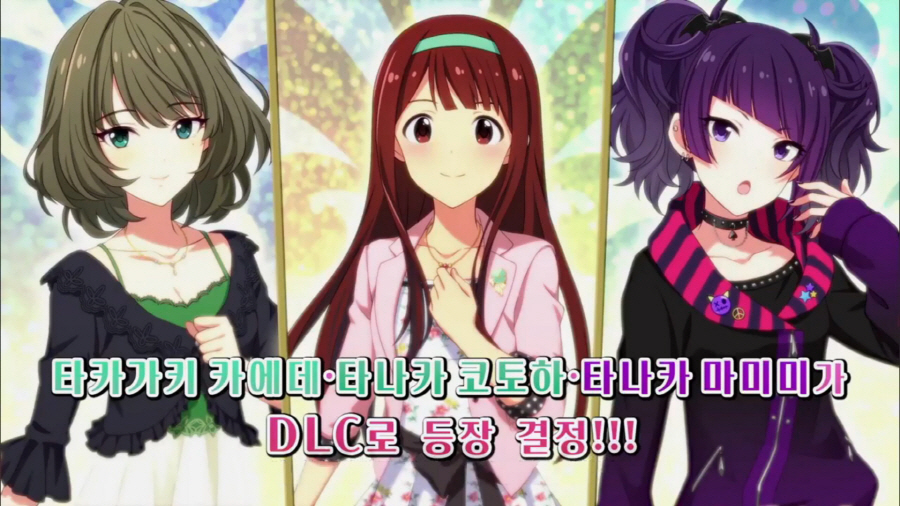 After introducing the DLC, he gave advice on how to attack the game.

① Focus on producing around 15 people

Since it is an idol project produced game, if only a small number of members are nurtured, it will be difficult to attack. If you develop the image of selecting 5 * 3 groups centered on the new song singing member, you can proceed advantageously. 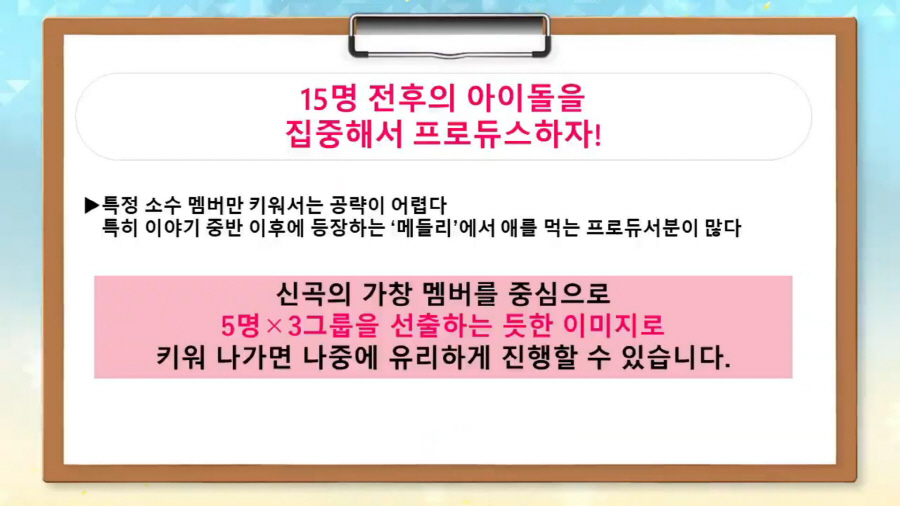 Unison Charge, in which several people conduct a Union Appeal together, is an advantageous skill to dramatically increase the points earned on the stage. If the activation conditions are met, it is possible to make a strong appeal depending on the number of members who have acquired skills by pressing the L2 button a few times during the stage, so it is good to collect SP by communicating with idols in relationship communication. 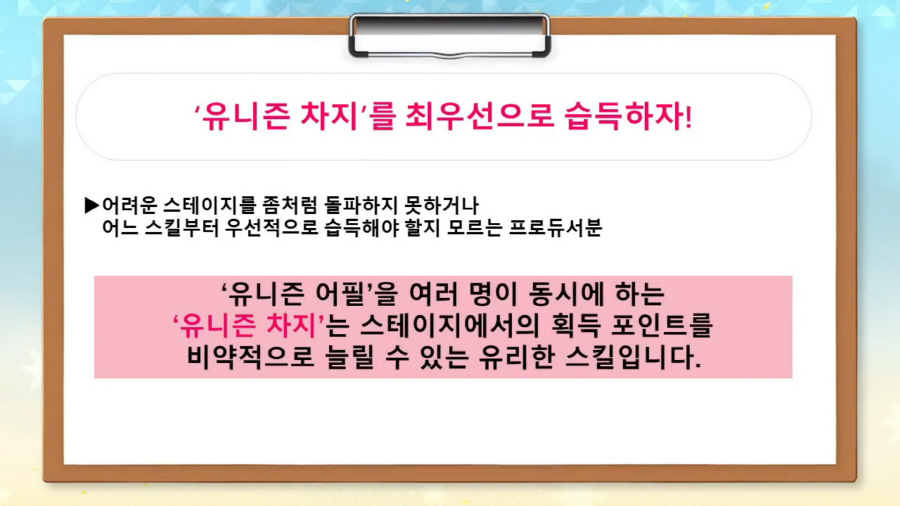 ③ Use the item effectively

It is recommended to actively utilize the items purchased from the in-game shop or acquired as the game progresses, and the recommended stage items are the stage items sold in the shop. It is not easy to obtain, but seed items that improve the idol’s basic abilities and power drinks that increase the number of free time activities are also recommended. 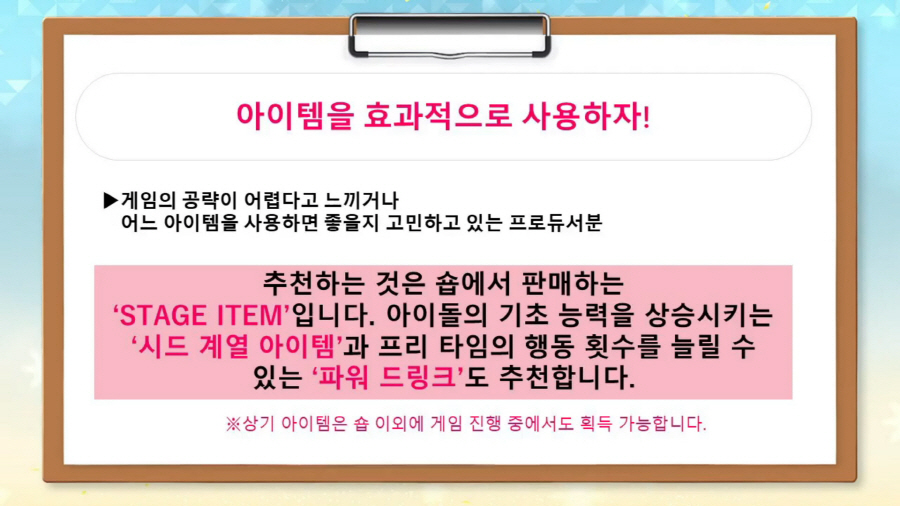 ④ Pay attention to the effect of unison appeal 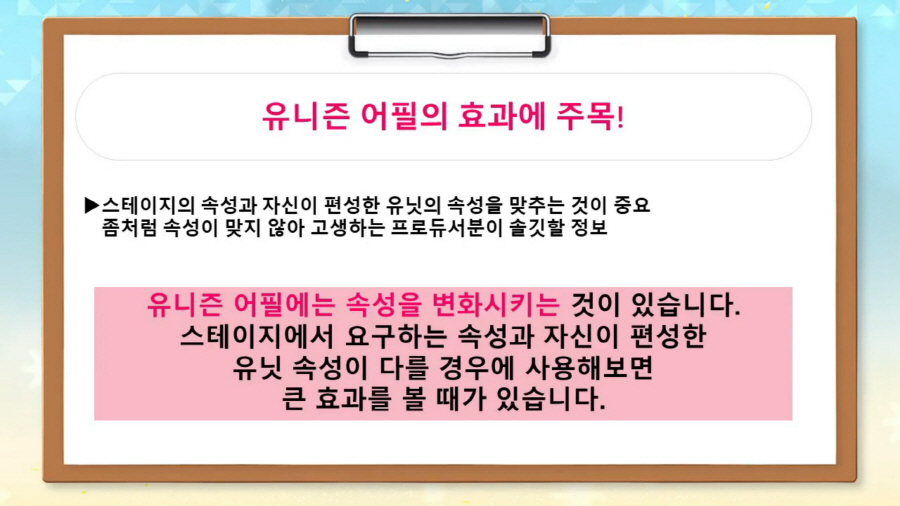 Lastly, producer Hayato Kutaragi is preparing additional DLC that will be more enjoyable in the future, so please enjoy Starmas even after that. 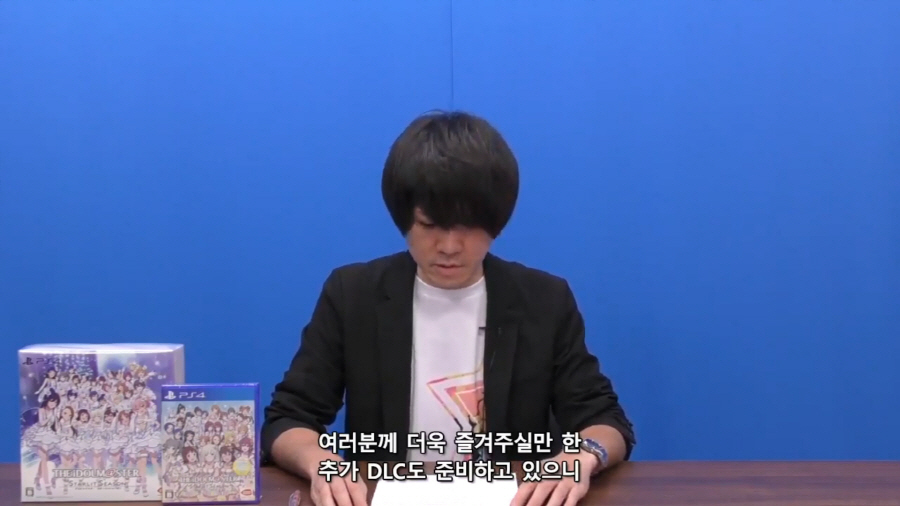