After the overwhelming success of the Arcane series, Riot Games continues to expand the universe of Runeterra. Now the fighting game Project L has been presented in more detail with a developer video. In it, the developers show around six minutes of gameplay, demonstrate the skills of a playable champion and explain what exactly this should be for a game. We have all the information for you.

Before we reveal what we already know about Project L, please have a look at the video first: 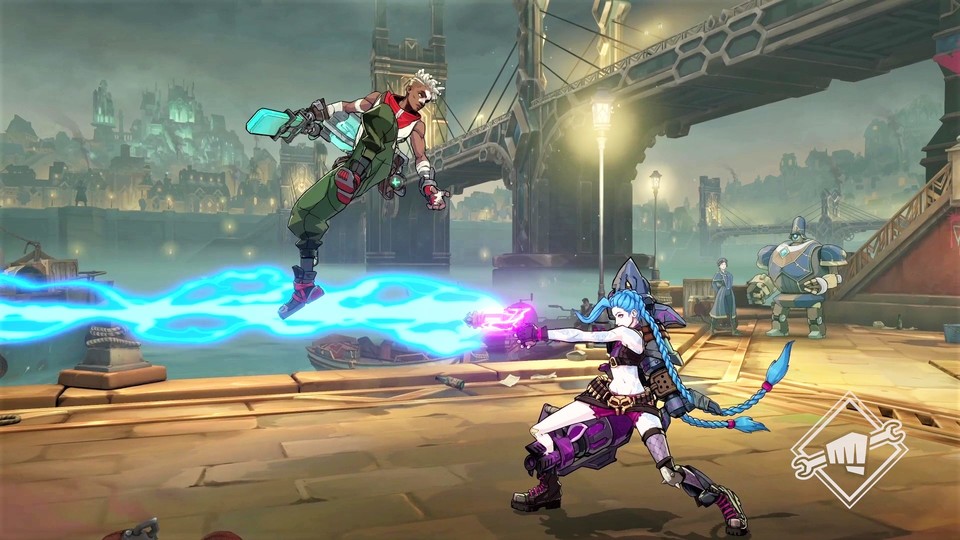 What do we know about Project L?

Project L is a so-called tag team fighting game in which one player controls a team made up of two different champions. The designation of the game as “Assist-Based-Fighter” indicates that probably mainly one champion will be controlled, while the second will occasionally intervene in support.

The character pool of the 2D brawler has not yet been finalized, but Jinx and Ekko from Arcane will definitely be there. Also confirmed are the warrior Darius and the fox demon Ahri from League of Legends.

Gameplay: how does it play?

In the video, Project L almost looks like a finished game. However, the developers point out that this is just a gameplay section for presentation purposes and the game is still far from being completed. So a lot can still change in terms of features, look and content!

As far as the level of difficulty of the game is concerned, dealing with individual champions should be easy to learn, but players should have to invest some time to really master their favorite character. Greetings from Street Fighter.


In Project L, both sides control a team of two champions.

Ekko, known from Arcane, has already been presented in more detail and has the ability he has suggested in the series: he can turn back time. As in LoL, for example, he can teleport himself to the place where he was a few seconds ago. This skill is perfect for correcting mistakes or extending offensive combos.

Release: When will Project L appear?

Project L should appear in 2023 at the earliest, but it could also take longer until the release. There is already agreement on what Project L should look like and how controls and gameplay work. However, the playable figures have yet to be determined. And according to the developer, there is still a lot to do with environments and menus.

After all, it shouldn’t be too long before we get more specific information about Project L. The developers promise several updates for the community in 2022.

However, there is more good news for fans of Arcane. You can already shorten the waiting time for season 2 with a few games:

Arcane: What series fans can play if they don’t feel like LoL

Would you be interested in a fighting game with Jinx, Ekko and Co.? Or do you prefer to play other games from the Runeterra universe? Write us your opinion in the comments!