Nexon, which released the mobile game ‘Blue Archive’ on November 9, is spurring the offensive by announcing the test news of new titles such as ‘Dungeon & Fighter Mobile’, ‘Kart Rider: Drift’ and ‘Project D’. At the online press conference ‘NEXON New Projects: Media Showcase’ last August, CEO Lee Jung-heon announced his ambition to be reborn as a global game company that made fun that was not in the world with the management goal of discovering 10 types of super IP. has begun to reveal

■ Dungeon & Fighter Mobile, scheduled to be released in the first quarter of 2022

‘Dungeon & Fighter Mobile (hereafter Dunpa Mobile)’, which has accumulated Neople’s action development know-how, has announced its domestic service plan. ‘Dunpa Mobile’ is accelerating its development with the goal of launching a domestic service in the first quarter of 2022, and will start pre-ordering in Korea on the 25th. Dunpa Mobile, a 2D mobile action RPG using the IP of the long-seller ‘Dungeon & Fighter’, which has 850 million users around the world and has earned more than $18 billion in cumulative sales, is a 2D dot graphic and left and right graphics that utilize the original sensibility. Based on the movement method (side-scrolling), it shows fast action and a sense of exciting hitting. In addition, it maximizes the fun of battle with PvP based on manual action and provides content optimized for mobile platforms.

In October, Nexon conducted a test for all employees to check the stability for a week, and it received favorable reviews for its action, manual combat, and high-quality artwork including the new body of the ear swordsman/fighter profession, which are difficult to experience on mobile platforms. . Nexon CEO Lee Jeong-heon said, “We have been focusing on developing to realize the action that can be felt in PC Dungeon & Fighter on mobile as it is, and through various tests, we have secured the targeted quality and content size. We will put all our efforts into the final development so that we can show users a high-quality game.”

PC and console-based ‘KartRider: Drift’ using ‘KartRider’ IP will conduct the third test ‘Global Test Drive’ from December 9th to 15th. The test is being conducted all over the world, including Korea, Japan, North America, and Europe, and participants are being recruited until December 8th. In this test, the console device Xbox One and PlayStation 4 (PS4) are expanded to support the expansion, and various environments where beginners can easily settle into the game, physics engine optimization between the cart and the object collision in the surrounding environment, and driving feeling and driving technology, and intensively check the technical stability of PC and console cross-play. In addition, YouTube web entertainment content ‘ 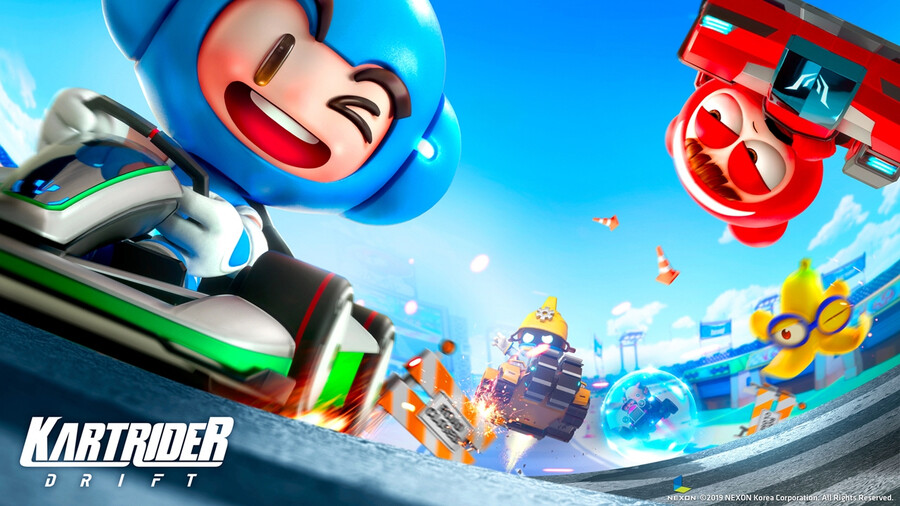 The PC online shooting game ‘Project D’ also announced that it will conduct an alpha test from December 2 to 16, and opened the official website on November 11 and started recruiting test participants by the 30th. ‘Project D’ is a third-person shooter game in which 8 unique agents are combined to engage in a 5-on-5 strategic battle in an ever-changing battle environment. Strategic play elements such as a store that purchases special items and weapons for team tactics with the goods obtained from the game based on the detonation mission to detonate or release bombs at the target point, unique skills for each character that create various variables in the game, and realistic combat actions It is characterized by strengthening the The development team plans to collect opinions from various users through this test.

■ Blue Archive, No. 1 in popularity in three major markets

‘Blue Archive’, released on November 9th, is becoming a hot topic in the community every day for its game performance and marketing that shot the taste of subculture genre enthusiasts. After its launch in Japan, various posts are being actively discussed in major communities, including ‘Mole?Lucon’, which became a meme by combining the word ‘mol?ru’ with a cute expression among users. Thanks to such popularity, immediately after its release, it swept the top rankings in popularity in three major markets including Google Play, Apple App Store, and One Store, and the highest sales were also ranked first, fourth, and fifth in One Store, App Store, and Google Play, respectively. recorded above. In particular, the rating exceeds 4.0 points, and the game is well received.