Less than two weeks have passed since 343 Industries surprisingly launched the free multiplayer part of Halo Infinite. Since then, the Free2Play shooter has garnered a lot of praise, only the slow progression system and the high prices in the shop have been received critically by some players. Now the developers have already started the first multiplayer event: With Fracture: Tenrai you get the opportunity to unlock a – more or less – pretty samurai armor for your Spartan. In the course of the event, the Fiesta game mode will also return. Here you can find out everything you need to know.

Recommended editorial contentAt this point you will find external content from [PLATTFORM]. To protect your personal data, external integrations are only displayed if you confirm this by clicking on “Load all external content”:

How long is the Tenrai event running in Halo Infinite?

The first Fracture event for multiplayer will initially only run for a week. Until the end of the first season (which runs until May 2022), the event will return five more times, so you can expect the second week of the event as early as January 2022. Of course, your progress will be preserved, so you don’t have to start over every week.

These are the exact dates for the first three (of a total of six) weeks:

What can I expect from Fracture: Tenrai and how do I participate?

The “Fracture: Tenrai” event is basically free and is automatically added to your account. During the six weeks of the event, you will have access to an additional Battle Pass, in which you can unlock various parts of the rare Yoroi armor, a purely cosmetic body armor in a samurai design. The new Battle Pass includes 30 levels that you can only climb by completing certain challenges. In addition, you also unlock XP bonuses, challenge swaps and other cosmetic stuff that has no effect on the gameplay. To rise in rank, you should take a closer look at the current challenges: All challenges for the event are marked with an orange banner and must be completed in the new Fiesta mode.


Pay attention to the orange coat of arms during the challenges, only those are counted for the event.

Fiesta Mode was featured in some previous Halo parts and is now making its return as part of the event. Fiesta is a classic 4v4 game mode in which two teams compete against each other on different arena maps. The special thing about it: With every respawn you automatically receive two random weapons and one piece of equipment. That makes the games unpredictable and wonderfully chaotic. If you are unlucky you start on a narrow map with two sniper rifles. If, on the other hand, you receive an energy sword with a grappling hook or thrust nozzles, you can rub your hands with relish: With the combo, the opponents have nothing to laugh about! 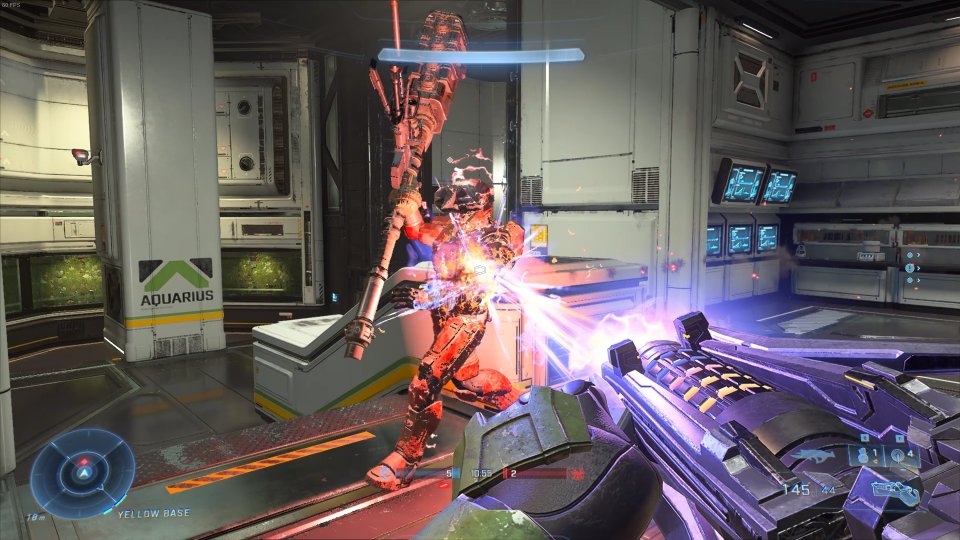 In Fiesta mode, you will receive random weapons and equipment with every respawn.

That’s why some players are annoyed about the event 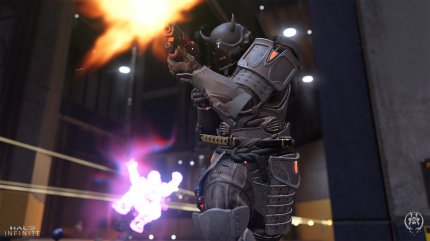 Although the event and the Yoroi armor are basically free, some players respond with criticism. The general reproach: It just takes too long to create the total of 30 ranks and thus to get the coveted samurai skin. In addition to the event challenges, you also have to complete the normal challenges, which are limited to three slots for Free2Play players. If you have a Premium Battle Pass, you will receive a fourth slot for challenges and challenge swaps can also accelerate the process, but even with that, progress is still somewhat slow. Since the event is split over six weeks, the players still have plenty of time to reach the maximum level, but some of them already have the feeling that they are missing out on something cool. This FOMO (fear of missing out) approach clashes with the regular Battle Pass, the According to 343 Industries, it should never be phased out. It remains to be seen whether everything will stay that way: Since the event is spread over six weeks, the developers can still evaluate plenty of feedback and make improvements without any problems up to the second week. 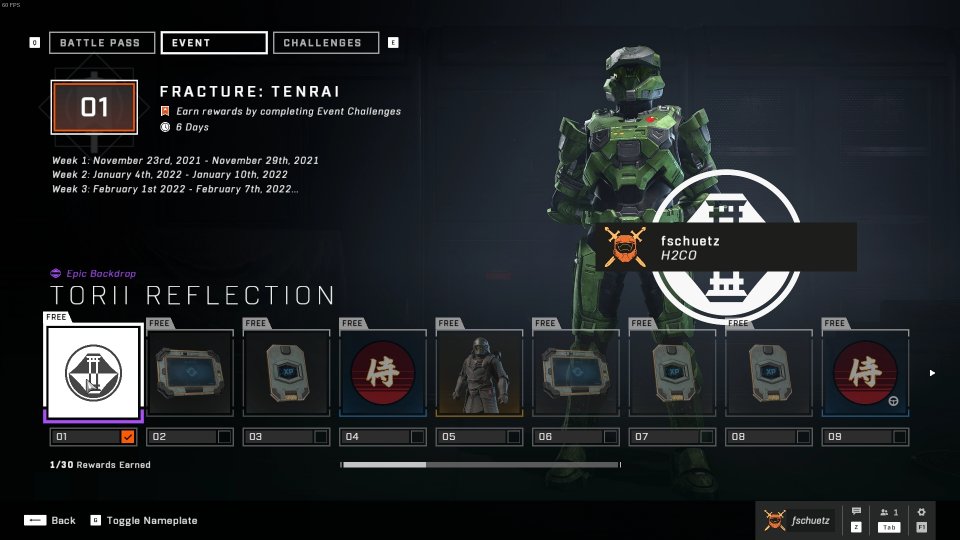 The event challenges are summarized in a separate battle pass.


You can find more details and background information on the Fracture Tenrai event at the official website Halywaypoint.

Do you fancy events where cosmetic stuff like samurai armor is unlocked? Or is a multiplayer title like Halo Infinite all about gameplay? Write us your opinion!

The highly anticipated Halo Infinite single-player campaign will be released on December 8, 2021 (buy now 115,98 €), in which colleague David could already play a few hours. A co-op mode will also be submitted next year. During the third multiplayer season we can also count on the editor, who in Halo is called the “Forge” for short.