Line Games (CEO Kim Min-gyu) is a multiplayer action PvP ‘SMASH LEGENDS: Smash Legend (hereinafter referred to as Smash Legend)’ developed by 5minlab, a development affiliate (5minlab, CEO Park Moon-hyung), and a new assault character ‘Brick’. On the 24th, it was announced that it will be added and a winter event will be held.

‘Brick’, the youngest of the three little pigs and the representative of the construction company of ‘Library World’, is characterized by having the skill to create a barrier during battle using a shovel as a weapon. Players can use these field control skills to apply various tactics, such as blocking the opponent’s entry and exit.

‘Brick’ can be obtained from the paid pass reward level 15 of ‘Smash Pass Season 9: A Pig Home Alone’. When purchasing a paid pass, in addition to new characters, various rewards such as boxes, emoticons, and in-game goods, as well as battle keys and quest expansion benefits are provided. 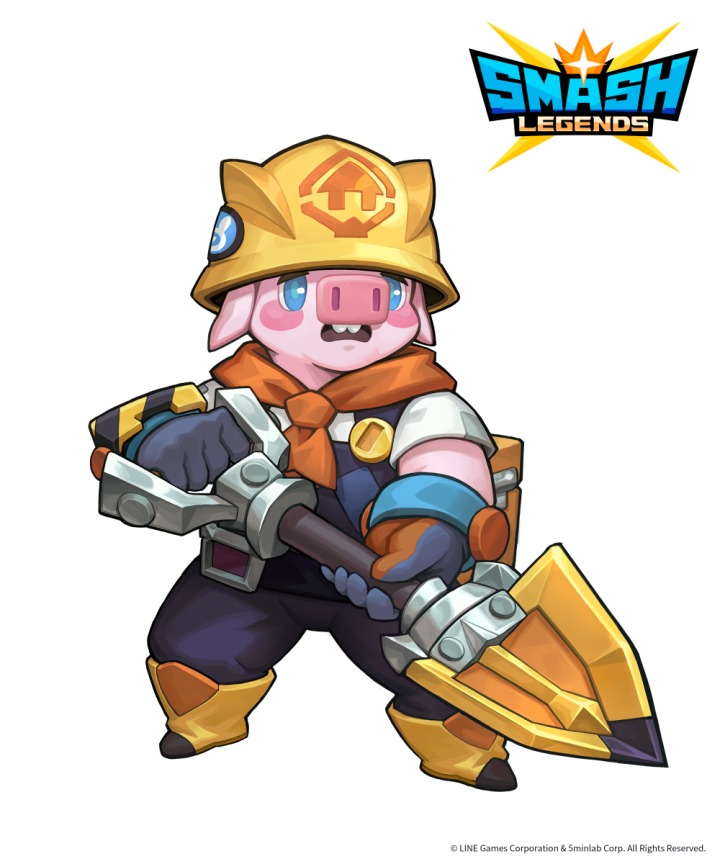 In addition to this, the ‘Happy Winter Dice Event’ will be held until December 20th. With dice obtained by completing various in-game challenges, you can get various items such as super special boxes and puzzle pieces, as well as in-game goods such as gems and coins.

On the other hand, ‘Smash Legend’ is a real-time PvP game featuring a short play time of less than 3 minutes, a cool feeling of hitting, and easy operation. It provides a total of 20 attractive characters reinterpreting classic fairy tales and 11 different modes, and as a multi-platform title, it supports cross-play on mobile and PC (Steam).

For more information on game information, content updates, events, etc. about ‘Smash Legend’ LINE GAMES FLOORYou can check it through