‘Freestyle 2: Revolution Flying Dunk (hereinafter referred to as Freestyle 2 Revolution)’, officially launched on the 23rd, is a mobile casual basketball game that follows the genealogy of ‘Freestyle 2’, which started service in 2011. The unique stylishness and hip game characteristics of the Freestyle series are captured on mobile, and the upgraded 3D graphics show free-spirited street basketball sensibility.

Basketball is a sport that is both close and distant to me. It is clear that it is an attractive sport that goes shoulder to shoulder with soccer, but it is difficult to play because the rules are on the tricky side to actually enjoy. Could Freestyle 2 Revolution be able to express such complex rules and flashy basketball action well on mobile? I have experienced it myself.

Freestyle 2 Revolution is designed so that you can easily use various basic basketball skills such as shooting, passing, post-up, rebounding, block, and stealing in a mobile environment. There are conditions and timings that can be used, and you just press a button according to the conditions and timing, and it automatically takes the appropriate action. The buttons displayed are different for each attack and defense. The detailed basketball rules have been simplified, so you don’t have to worry too much if you keep in mind that you have to go to and from the 3-point line when you change the ball, and the attack time limit is 18 seconds. 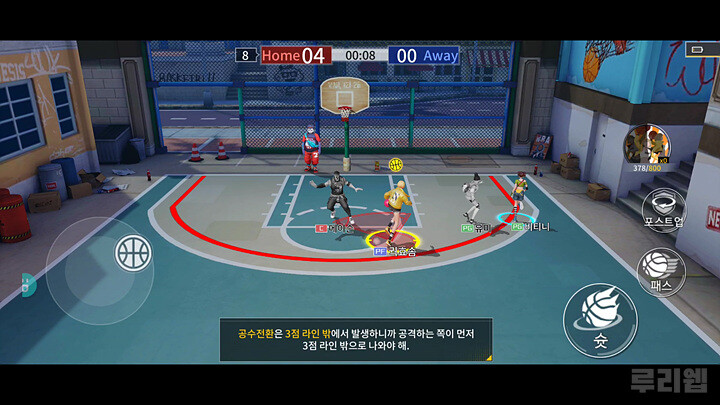 The success of the movement depends on the character’s own character and the ability of the opponent character against it. If there is no interference, of course it will succeed, but if the opponent’s character performing the sabotage operation has high stats, the probability of operation failure increases. The sabotage can be done by simply being attached to the character with the ball. This is called a ‘mark’, and the character that receives the mark will have poor throwing accuracy. If you press the button at the right time according to the opponent’s movement, you can steal the ball with blocks or steals. on the game board It is true that character stats have an effect, but it was not a low-level game where you had to lose unconditionally just because your character’s stats were lower than your opponent’s because it is most important to use skills according to the situation to make the most of the character’s stats. 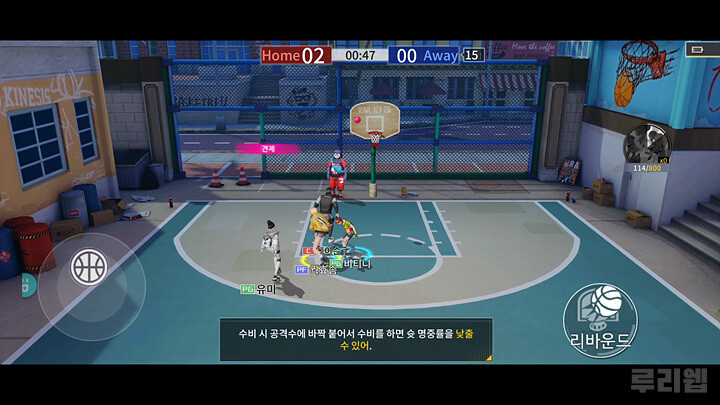 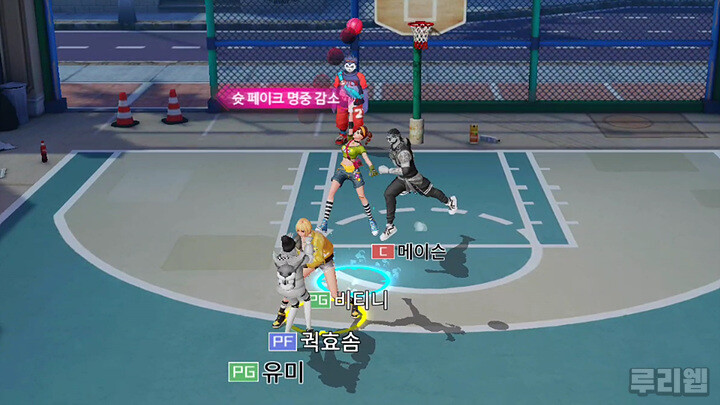 As in many basketball games, defense is at a disadvantage over offense. Unless the opponent makes a special mistake, it is very difficult to steal the ball with blocks or steals under normal circumstances. That’s why it’s most important to focus on rebounding so that you can mark the ball as closely as possible and catch the ball your opponent missed. In fact, the player who receives the MVP at the end of the game is the player who rebounds and passes well to score points, not the player who scored a lot.

If you use your defense skills at the right time, you can take away the right to attack.

If there is no mark, the score is the winner 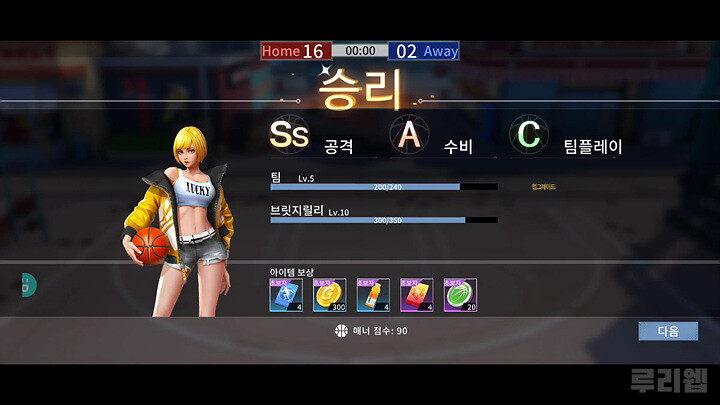 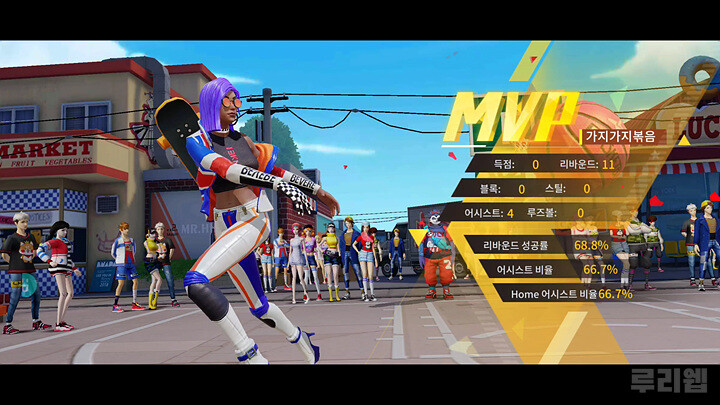 If there is a special element in the operation, there is a special skill concept skill, ‘zone skill’. It is a skill that can be used in a specific zone for each player, and consumes an energy gauge. The zone skill is a powerful skill that can almost certainly get points if used, but to use it, certain conditions must be met, and it is necessary to use it strategically because it must be used a lot in a game.

There are five positions that can be selected in the game: small forward, power forward, point guard, center, and shooting guard, and each character is different. The small forward is a balanced position that takes responsibility for all of the air. He mainly has breakthrough-related skills that are advantageous for shifting into air, and he uses zone skills that can be active in the middle line. Power forward is an offensive position that dominates under the goalpost. It mainly has skills related to dunk shooting and rebounding, and uses a dunk zone skill that is strong enough to break the goal.

A ‘zone skill’ that ignores the defense blocking the front and inserts a powerful dunk shot. The energy gauge must be filled and can only be used in certain zones. 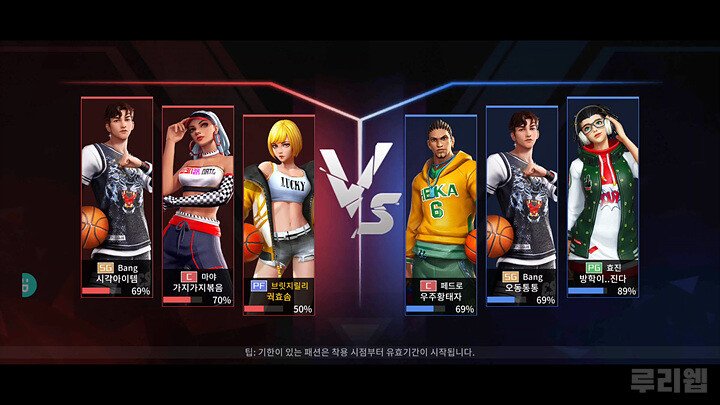 There are five types of positions, and appropriate position selection and specialized play are required depending on the role.

I played the game as a power forward character ‘Bridge Lily’, and if I can break through the bottom of the goal, I can use a dunk shot that leads to a definite goal, and when I use the zone skill, the goal is shattered by a flashy dunk shot. I was able to play happily by expressing the power forward’s unique aggression and strength. 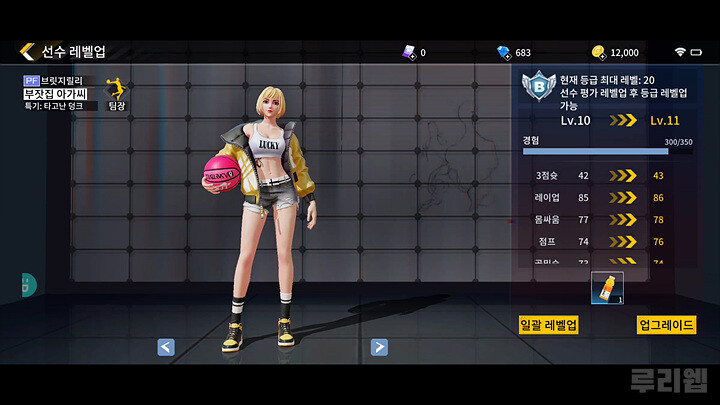 Basically, it’s clear that character abilities are important in a game. 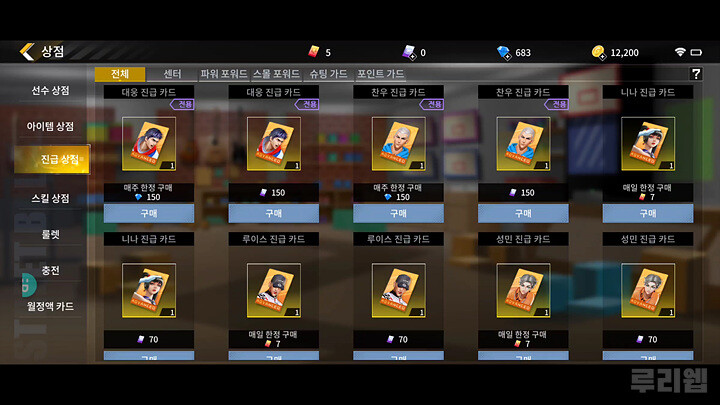 You can also upload free goods, but there is a limit, and if you want to upload quickly, you have to pour paid goods. 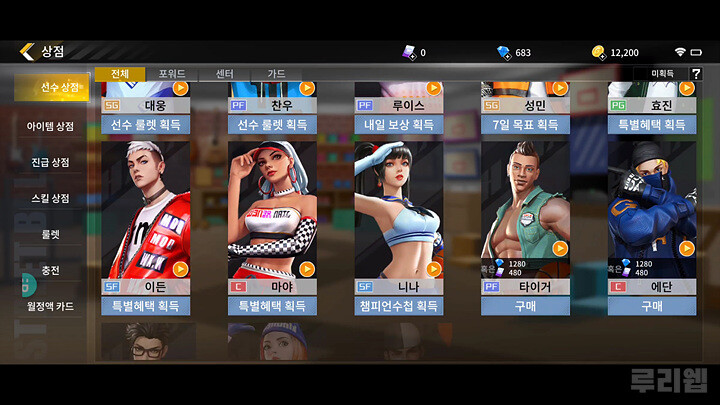 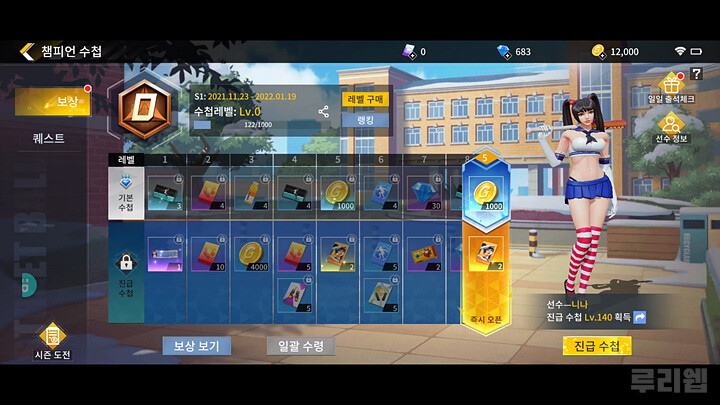 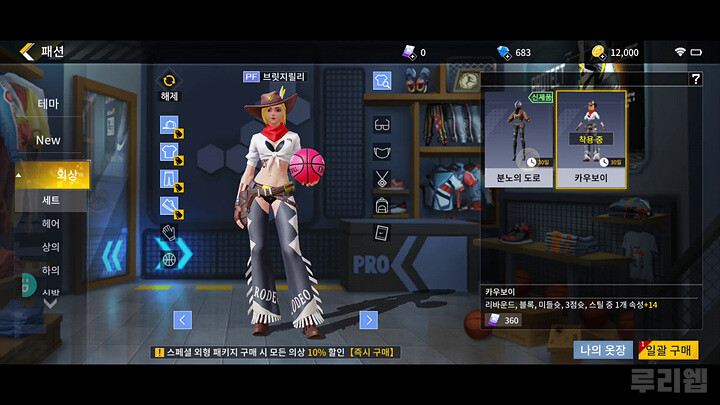 Surprisingly, there were few random draw elements such as clothes.

As other billing factors, the skill effect does not change, but there is skill customization that can change the displayed action in a special way. For example, there are ‘knee shots’, in which the basic shot changes to throwing the ball with the knee, and ‘360-degree folding dunk’, where the dunk moves 360 degrees and hits the ball nicely. 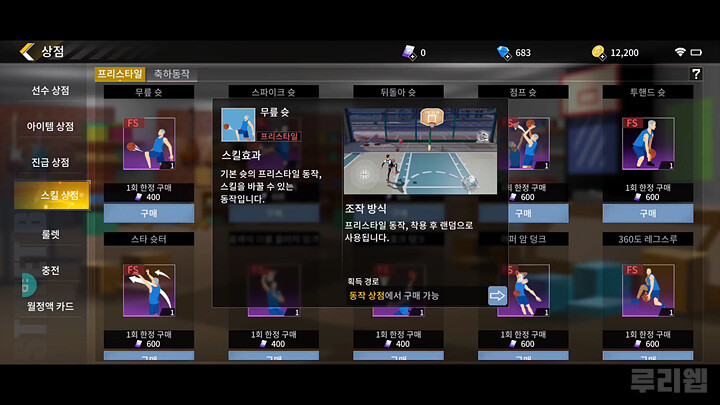 As a result of playing the game for a few days, the matching was done quickly within a few seconds, and I was able to play happily by meeting a suitable opponent who did not have much difference in skill and ability. I felt P2W in the character growth method, but I haven’t experienced such a severe game that I feel like I lost because of the difference in cognitive ability because there are still a lot of active users.

Freestyle 2 Revolution has been optimized so that you can easily enjoy Freestyle’s unique and stylish street basketball in a mobile environment. If you are a gamer who likes basketball, it is worth enjoying a few games a day. However, as the game relies on character abilities rather than complicated manipulation, As the game service continues, the problem of P2W due to the difference in character’s ability seems to naturally rise to the surface. Please manage the matching balance well so that no players feel a sense of relative deprivation. 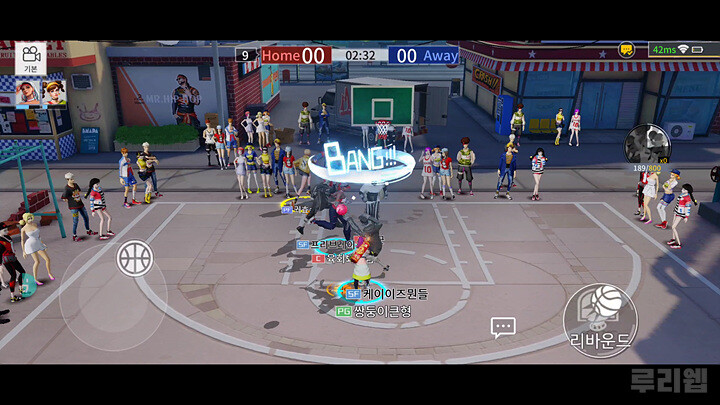