Graphics card prices have been beyond good and bad for several months – but the situation seems to be getting worse. New figures show that Nvidia cards in particular have become even more expensive in recent weeks, and AMD is likely to continue to raise prices in the near future – for good reason. 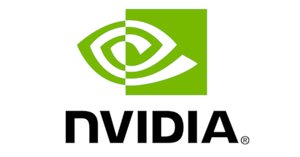 Graphics card prices: Nvidia models are getting even more expensive

There is another bad news for PC gamers. In the last few weeks and months the prices for graphics cards have risen steadily and the current figures from the experts at 3DCenter show that above all Nvidia cards have become even more expensive lately.

On average, the RTX 3000 graphics cards are now trading 95 percent above the official MSRP – so they are almost twice as expensive. With AMD cards, on the other hand, the situation seems to be easing a bit. After 3 months the prices fall again for the first time from 201 percent of the RRP to “only” 190 percent of the recommended price. But that should change again soon.

And what else has happened in the gaming and tech world? We’ll tell you briefly in the GIGA headlines:

As can be seen from recent leaks, AMD seems increase the price of all cards with RDNA-2 architecture by approximately 10 percent. Depending on the model, this should result in a price increase of 20 to 40 US dollars. These costs have to be paid directly by the board partners who manufacture the custom models of the graphics cards. However, since it can be assumed that these will pass the costs on to the customers, all PC gamers should expect a corresponding price increase in the coming weeks.

According to the insider source, AMD is said to have increased prices as the manufacturing costs of TSMC, AMD’s chip maker, have also continued to rise lately. It remains to be seen whether the prices for the Ryzen 5000 processors, which also rely on TSMC’s 7 nm manufacturing process, will rise in the future.