“Luck Heart: Late Night Broadcast” is a side-scrolling pretty girl who survives while avoiding the chase of a doll mask that suddenly appears in a ruined hotel where three streamers visit a psychic spot for the purpose of filming, and solves the riddle by collecting various items, hints, and clues. It is a horror adventure game. Each time the three pretty girls face a desperate crisis, you can enjoy a special event CG unique to 「Lung Heart: Late Night Broadcast」, and there is also a function to interact with characters in crisis.

The Korean version of “Lung Heart: Late Night Broadcast”, an adventure game that allows you to enjoy various genres such as horror and survival while controlling three beautiful girls, will be available as a package and download specification on Thursday, December 16, 2021.

Pre-sale of the Korean package version of 「Lung Heart: Late Night Broadcast」 will be held from November 26 (Fri) to December 14 (Tue) through the online and offline game markets. Broadcast original mouse pad’ will be presented in limited quantities. 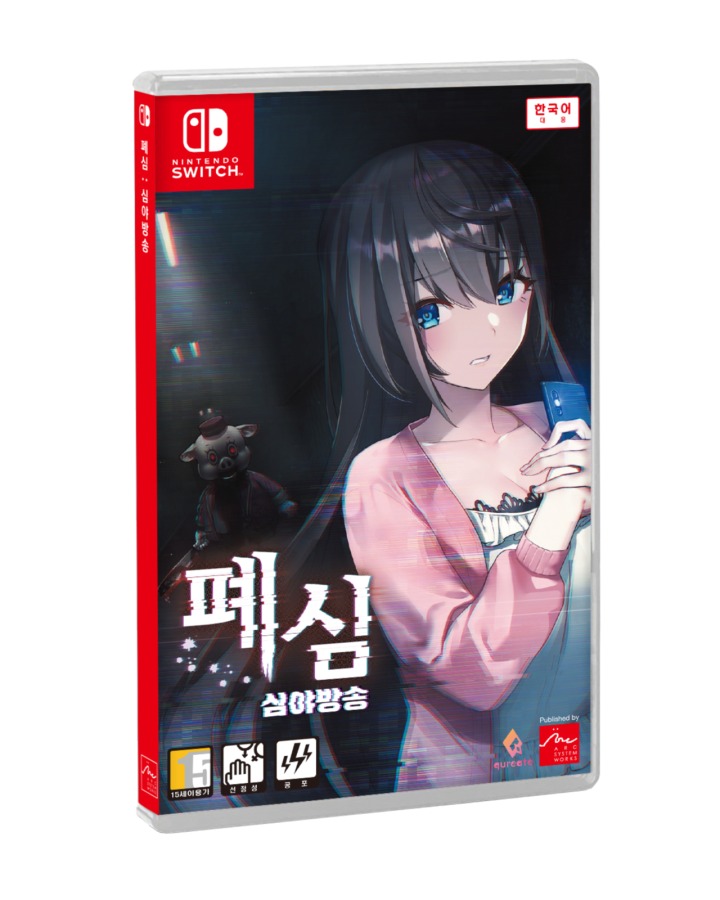 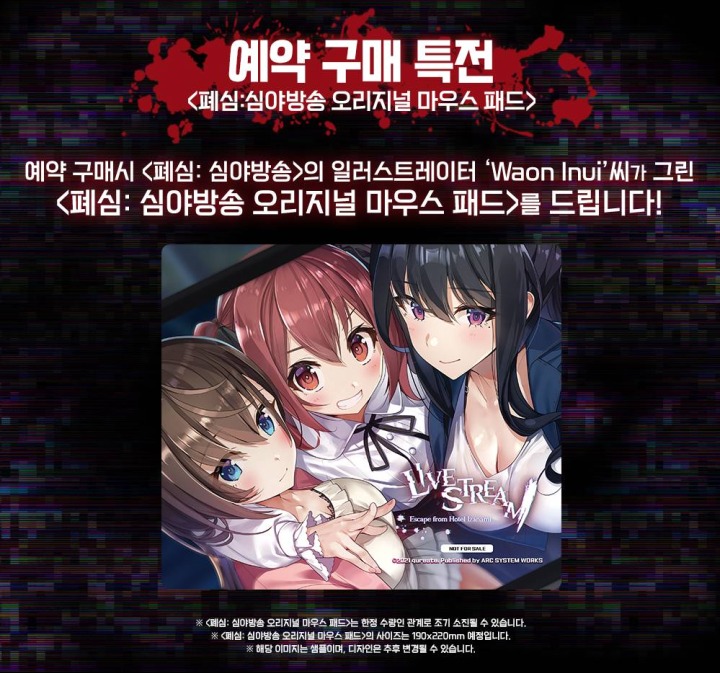 ※ Pre-order bonuses are limited in quantity and may be exhausted early.

※ The image is a sample, and the design is subject to change in the future.

The three streamers, Mio Ikoma, Nana Sakurai, and Azusa Shiraishi, visit the famous psychic spot “Hotel Izanami” in the neighborhood with Nana’s suggestion that “I want to go filming in the ruins”.

It’s not a story that stands out in particular, it’s a common psychic spot shooting.

All you have to do is finish filming without any incident and make a video with a horror atmosphere – that’s all.

During filming, Mio, who fell alone, is attacked by a doll mask that suddenly begins to move.

After that, all kinds of crises come to the three of them at the hotel where they are locked up.

Why is the doll mask attacking the three people, and why is he locked up in a hotel?

Can the three of them escape from the hotel safely?

A live streaming with the risk of life begins on the stage of a ruined hotel.

– Hide yourself and run away from the doll mask

As you explore the ruined hotel, a doll mask wielding a blood-stained ax suddenly appears and attacks you. Hide quickly and avoid being chased, as you may get game over by the hatchet wielding the doll mask. 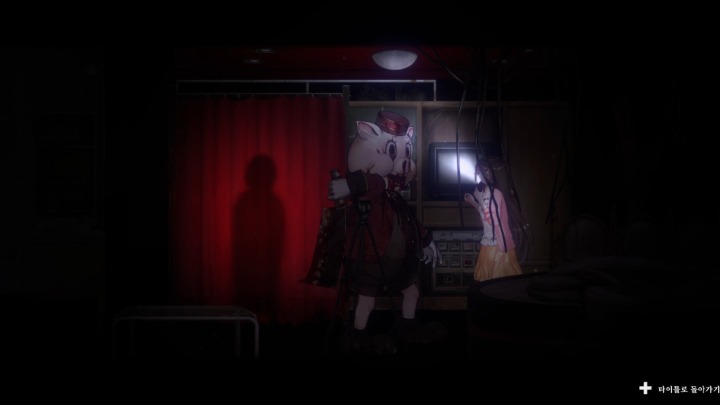 – Use hints or items to find clues to escape

If you search the hotel, you can get various items and hints from various places. You have to look around as meticulously as possible to find items and hints to survive. Depending on the item, the fate of the main character and party can vary greatly. 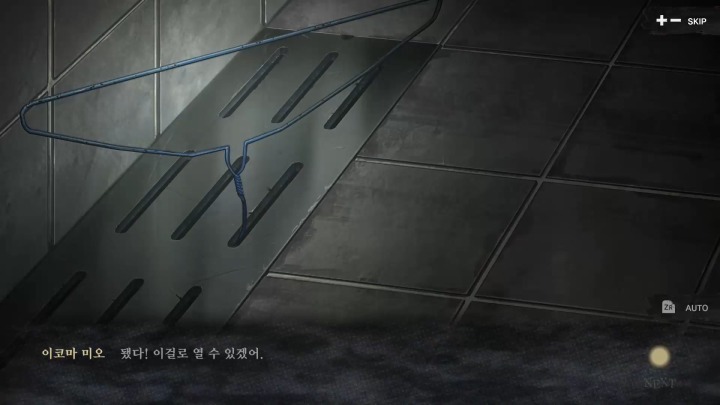 – Is this a curse!? A desperate crisis strikes the streamer

As the player explores the hotel, he not only rides a doll chasing the party, but also faces all kinds of crises. You have to get out of the crisis of desperate need, such as getting items while looking around closely, and overcoming them by using them appropriately in a crisis situation.

And why is it possible to touch them even in a crisis situation…Is this also the work of a curse!? 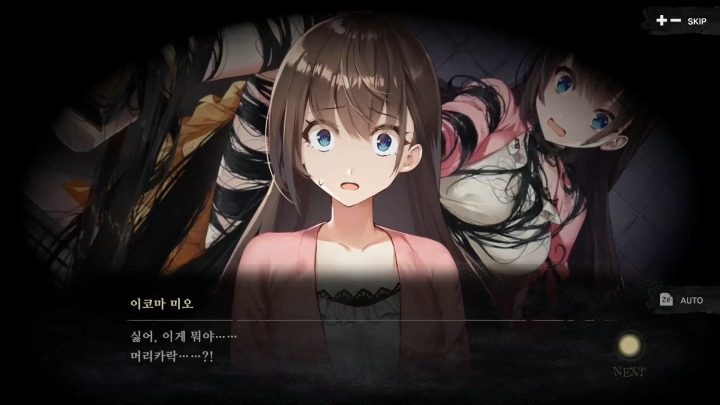 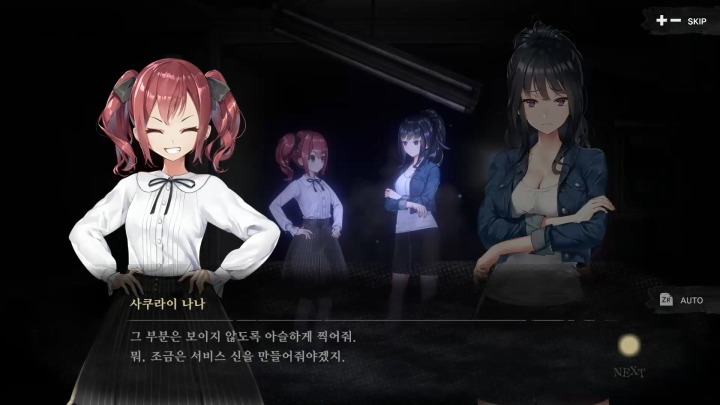 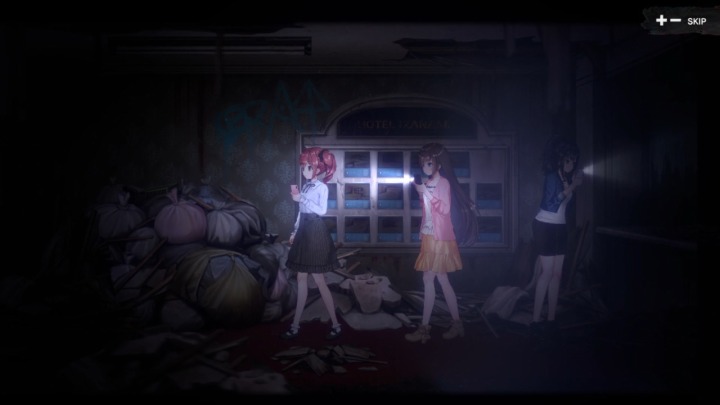 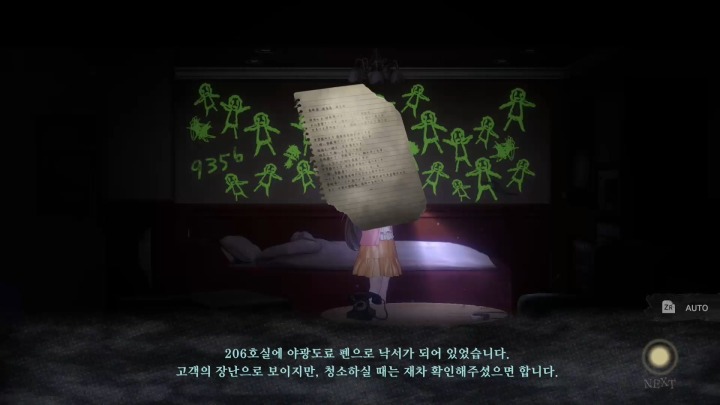 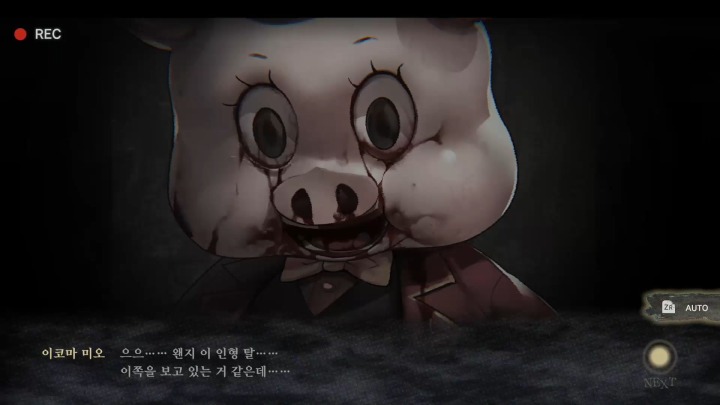 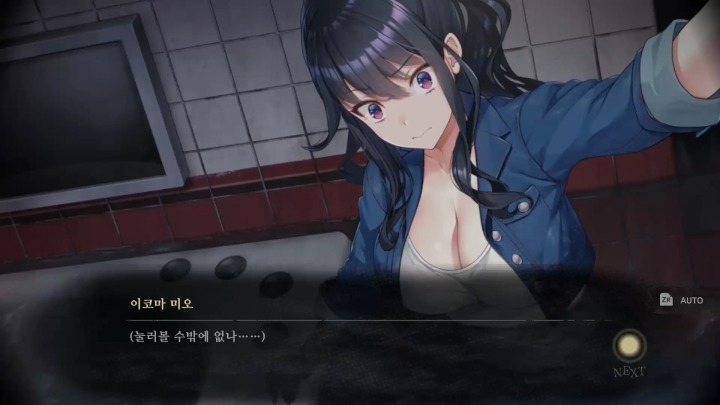 ※ All screenshots are in development.