Just in time for Black Friday 2021, there is finally a great price for the Nintendo Switch. The bundle out Switch und Mario Kart 8 Deluxe is currently cheaper than buying the console individually!

Update am 25.11.2021: This is definitely one of the best deals on Black Friday 2021: that Bundle of Nintendo Switch and Mario Kart 8 Deluxe (Download code) including 3 months of Switch Online. at Saturn and Media market you only pay 288 euros for it, free shipping. If you use the MediaMarkt newsletter voucher, the offer is even 10 euros cheaper. For comparison: The current best price for the console alone is around 290 euros. 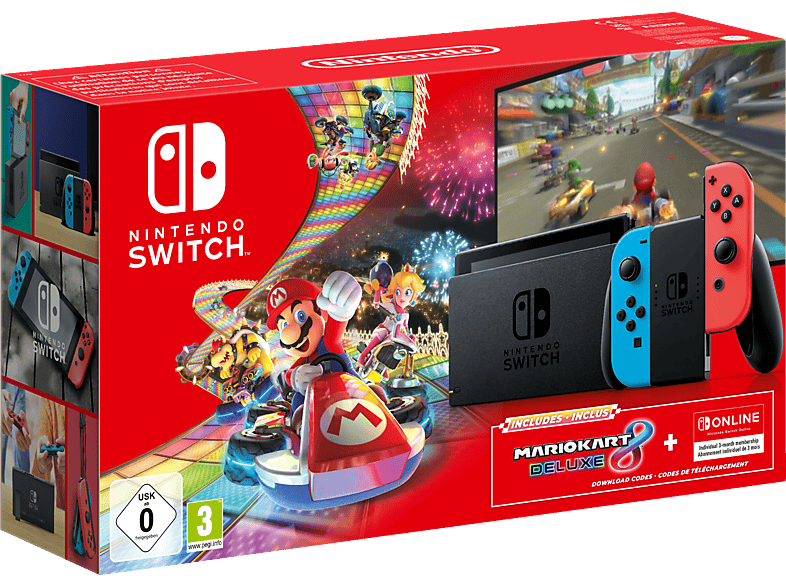 Switch games are also reduced on Black Friday. Here are the best offers:

Historical review of the price development of the Nintendo Switch

The Nintendo Switch has been on the market in Germany since March 2017. In 2019, a version that was visually identical to the original switch was launched, but had a longer runtime due to a more energy-efficient chip and had a slightly improved display. The 2019 version has now completely replaced the older version in production and sales, if you buy a new console today, it is practically always the 2019 version. In a separate article we explain the differences between Nintendo Switch 2017 and 2019 in detail, and explain how you can distinguish them based on the serial number and packaging.

There was no official RRP for the Switch, at the market launch in 2017 the console cost around 330 euros. The console is amazingly stable in price to this day. Aside from price promotions, you still have to pay around 300 euros for a new console three and a half years after the release.

A closer look at the price development according to idealo.de: At the end of November 2019, shortly before Black Friday, the previous best price for the Switch was reached at just under 252 euros – but throughout November 2019 the console was often available for 260 to 280 euros Euro. After that, you could occasionally get the console for less than 300 euros, but a production and delivery shortage in spring and summer 2020 thwarted all buyers who were hoping for a lower price. The reason was the corona pandemic and the success of Animal Crossing: New Horizon, which is certainly also related to it, which catapulted the demand for new consoles to a level well above supply from April 2020. Sometimes you couldn’t get the Switch online or in stores without a delivery time of several weeks – or abnormal prices were charged.

Do you already have a switch? The best games for the Switch at a glance:

The situation only relaxed in late summer 2020 and the Switch was available again in stores. In autumn 2020 you could get the console with luck in the price range 280 to 290 euros, on Black Friday 2020 the best price on eBay with a coupon code was 269 euros – but at this price it was only available for around 90 minutes. After that, there was little more price front. In the first half of 2021, the best price for the Switch was almost consistently over 300 euros.

Only since the summer of 2021, probably also driven by the announcement of the OLED switch for autumn 2021, have there been selectively better offers again, at around 290 euros. In September 2021, Nintendo surprisingly lowered the official price recommendation for the 2019 version of the Switch to 300 euros. Suddenly the console was again widely available in stores – and at reasonable prices. Among other things, Amazon sold the console for around 285 euros. Not a historical best price – but quite cheap in comparison.