Square Enix has released new information about the background story and characters of the strategy RPG ‘Triangle Strategy’, which will be released on March 4, 2022 for the Nintendo Switch.

The three kingdoms of ‘St. Hisand’s Great Archdiocese’, which owns a salt lake and holds the right to salt, ‘Esfrost Principality’, a country of snow that produces iron, and ‘Kingdom of Greenburg,’ a country of forests located in between, have existed since ancient times. The battle over the supremacy of salt and iron – It started a great war throughout Nozelia, called the ‘Salt and Iron War’.

After the end of the war, a neutral organization that did not belong to any country was established, reflecting on the war caused by the monopoly of interest, and contributed to the revival of Nozelia by trading salt and iron equally.

However, under pressure from the Archdiocese of St. Hysand, an excessively high salt tax was imposed, which plagued the Duchy of Esfrost. Fearing that the salt-iron war would happen again, the Kingdom of Greenburg came to propose a new iron mine, the Three Kingdoms Joint Mining, in order to alleviate the tensions between the three countries resulting from the trade imbalance. 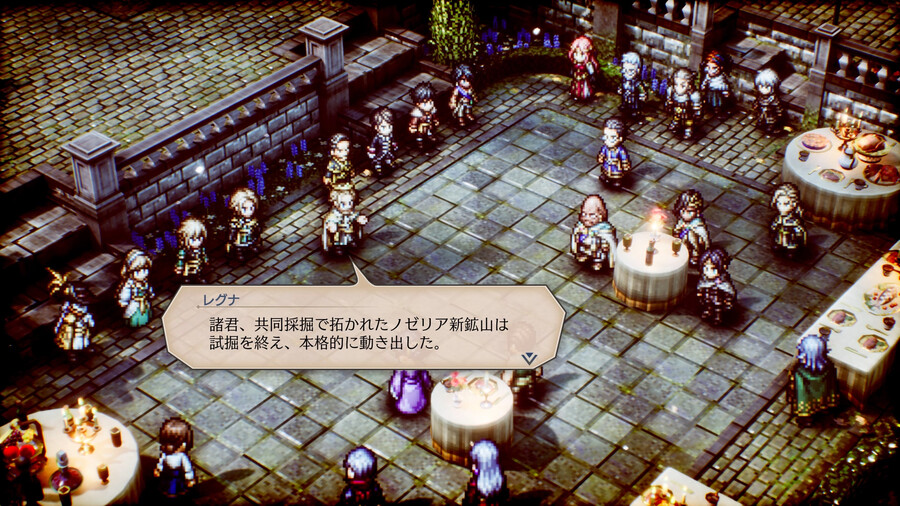 30 years from the Yeomcheol Wars. The joint mining of the three countries, which was carried out as a symbol of peace, was a success, and a new iron mine started operation. The Kingdom of Greenburg invites key figures from the Principality of Esfrost and the Archdiocese of St. Hysand to hold a joint mining ceremony and a martial arts competition where the strongest of the three kingdoms compete with swords.

The first political event held by Serenoa, the main character, as the head of the Wallhot family, inheriting the position from her father Simon. It becomes an official venue to show the name and power of the new head of the family, Serenoa, but… 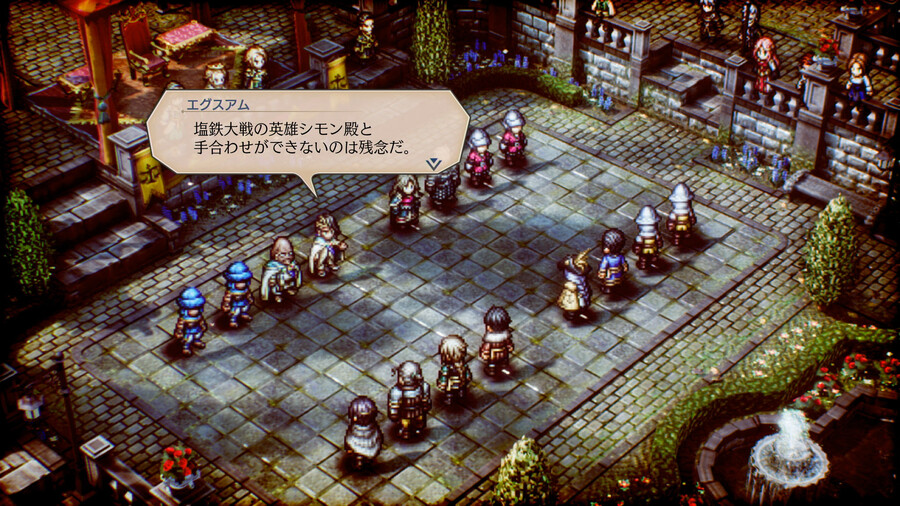 Regner Greenburg : The then King of Greenburg and father of Frannie and Roland. He is famous as the Hyeonwang who ended the Yeomcheol Daejeon through early policy. Even after the end, it is responsible for co-mining as a coordinating role for the three kingdoms. 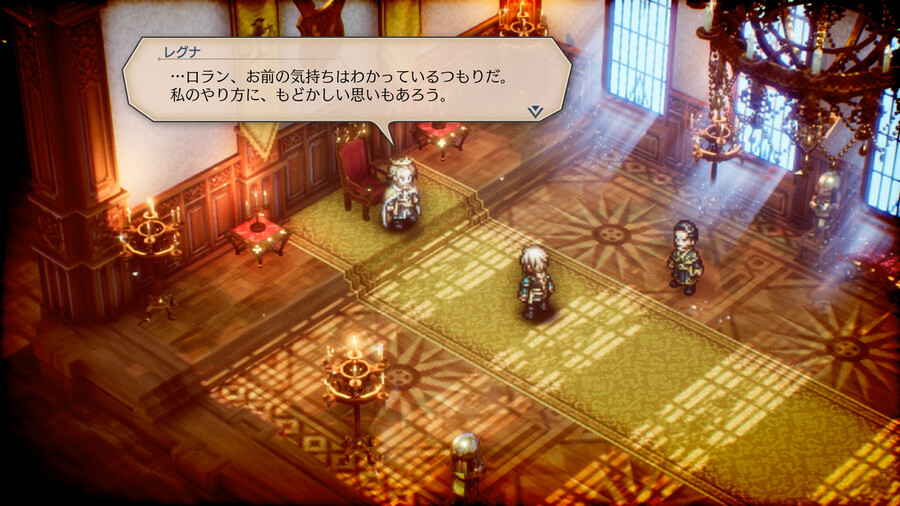 Frannie Greenburg : The first prince of the Kingdom of Greenburg. The next heir to the throne who studies cesarean studies under his father, Regner, and takes charge of and manages the royalist aristocrats. He is very popular in Korea, and he often gets into conflict with his younger brother Roland because of his personality differences. 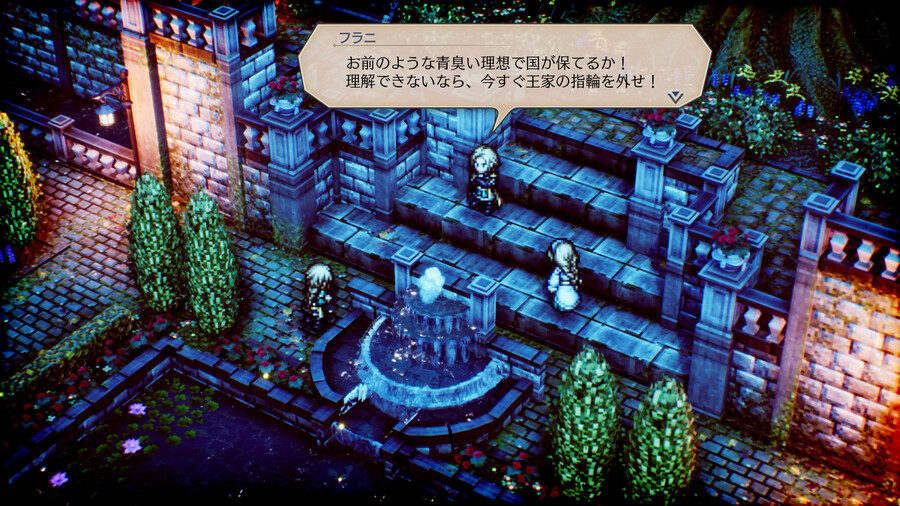 Cordelia Greenburg : The third child of King Regner, who ended the Yeomcheol War, and a young princess exuding an elegant dignity. He follows the good-natured Roland more than the slightly nervous Frannie. 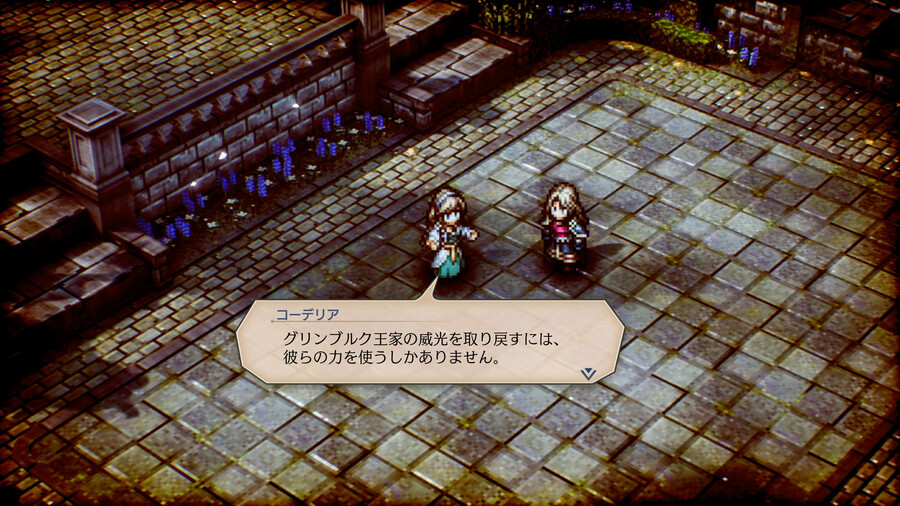 Maxwell Trier : The kingdom’s strongest warrior with the nickname ‘Masked Spear’. Fascinated by his craftsmanship, King Regner commissioned him as a martial arts instructor for the Greenburg Army. He also teaches the swordsmanship of Prince Roland, and as a priest, he regards Prince Roland as his own child. 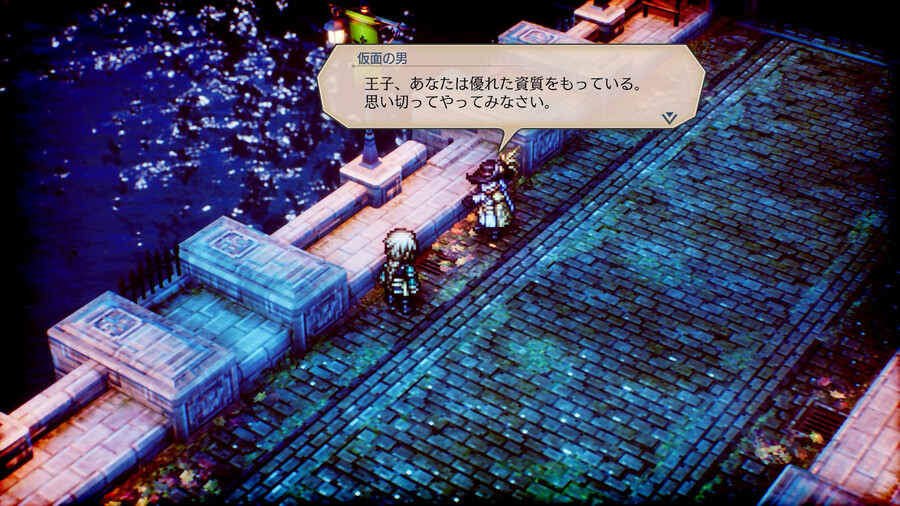 Patriat Konsar : A noble of a prestigious family that has existed in the Kingdom of Greenburg for a long time. As the head of the faction that protects the royal family, called the Royalist faction, he is in charge of practical state affairs as a minister. Since he has worked in a role of coordinating many powerful people, he has excellent negotiation skills and has wide feet. 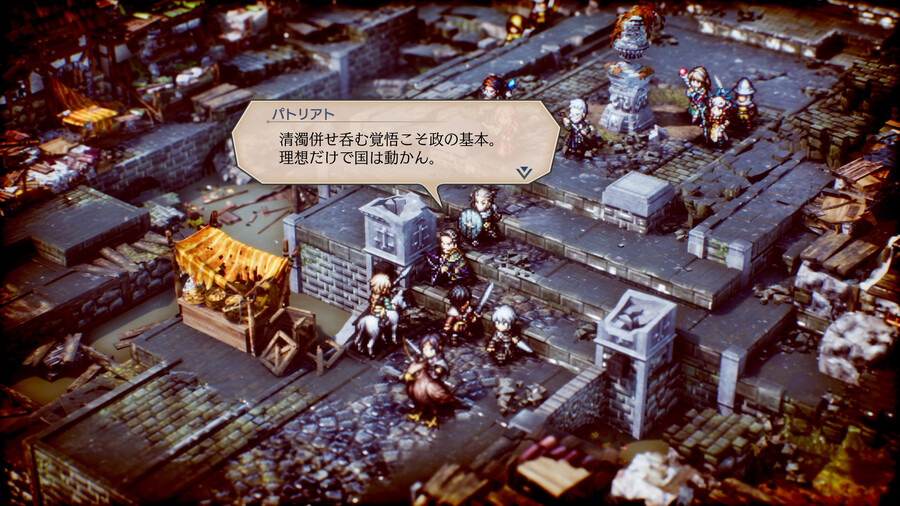 Avora : A warrior from an orphan who rose to the rank of general with his skills. It is called the strongest Esfrost, and Gustadolf also highly appreciates its capabilities. In a martial arts competition held along with the commemorative ceremony, he competes against Greenburg’s founder, Maxwell. 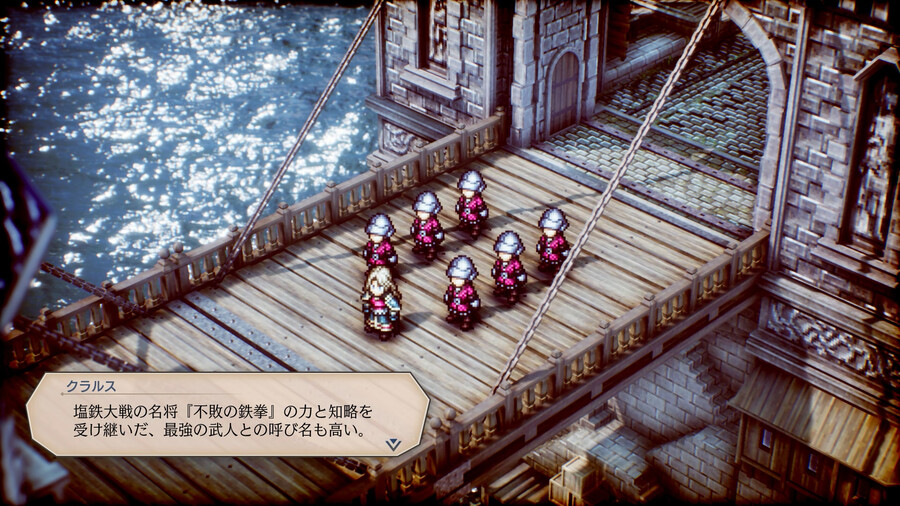 Soulray Ende : The guardian of salt who was named in the ‘Chilsungin’ of the Great Archdiocese of St. Hisand. He alone manages the salt lake, the source of the kingdom’s wealth. 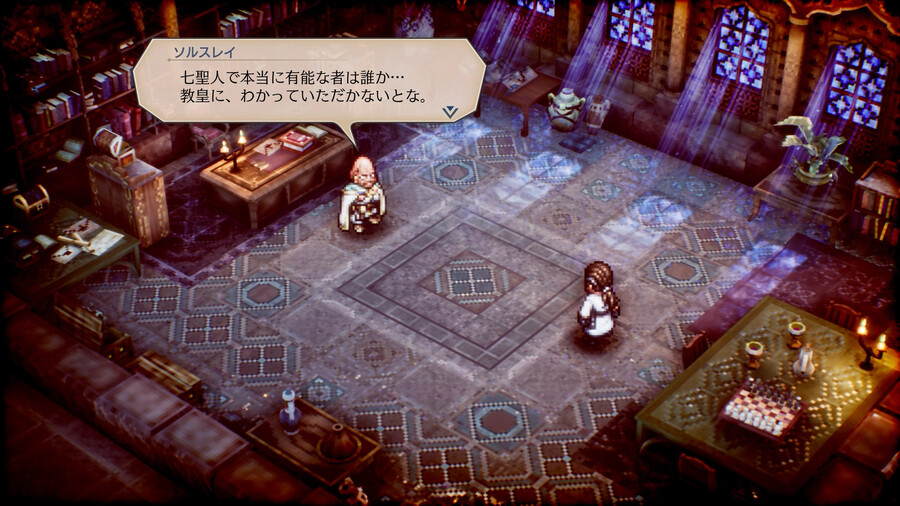 Booker Paynos : Servant of the Seven-Star Soulsley Ende. He is in charge of various affairs of the Ande family. 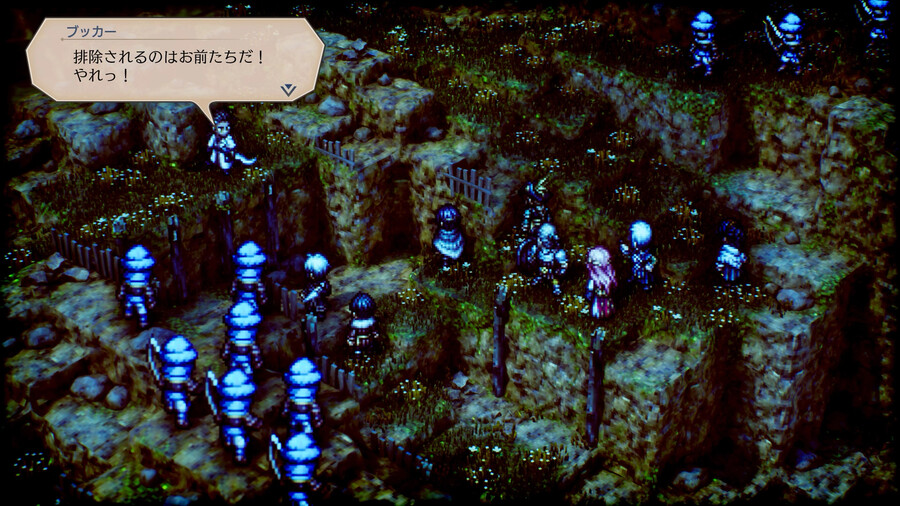 Various choices and actions in the game are accumulated in beliefs based on the three values ​​of Benefit, Moral, and Freedom, causing differences in story divergence as well as colleagues, which greatly affects the player’s strategy. Companions and their abilities that change depending on the player’s choices are as follows. 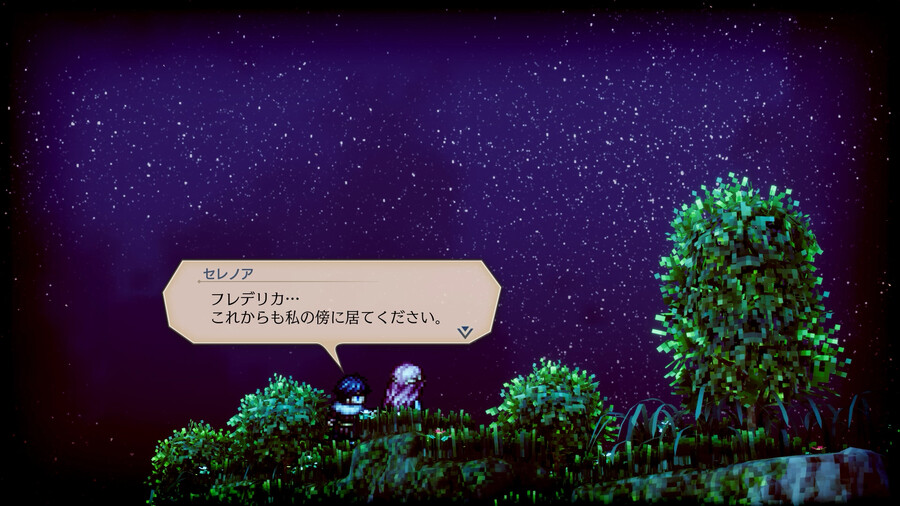 Julio Reitman : Instead, he served Greenburg as an assistant, but as a result of condemning Patriat’s actions, he was expelled from his post. 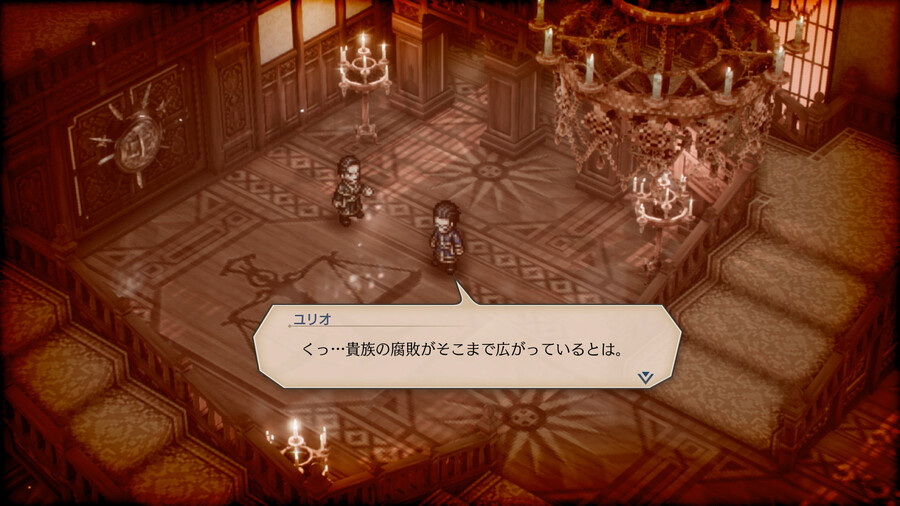 You can control the war phase by giving the points ‘TP’ accumulated by turns to your allies or stealing them from your enemies. 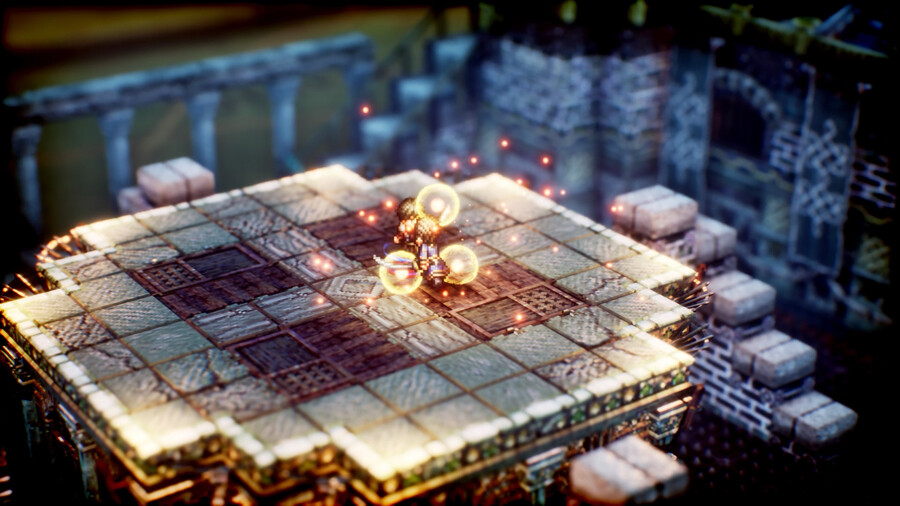 Medina Arium : A girl who aims to become a pharmacist with the determination to save people. He studies hard every day at the medical center of St. Hysand, where people are brought in due to illness or injury, but he feels alien to the medical center’s way of thinking about human life and runs away from the country. 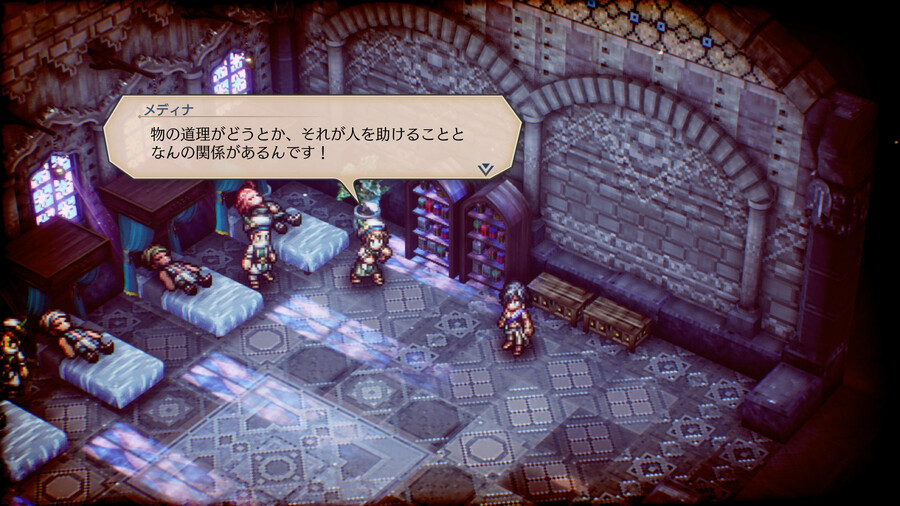 Because he is good at using poison and tools, he can use an item twice per turn as a ‘double item’, and the range of item use is wider than that of other characters. 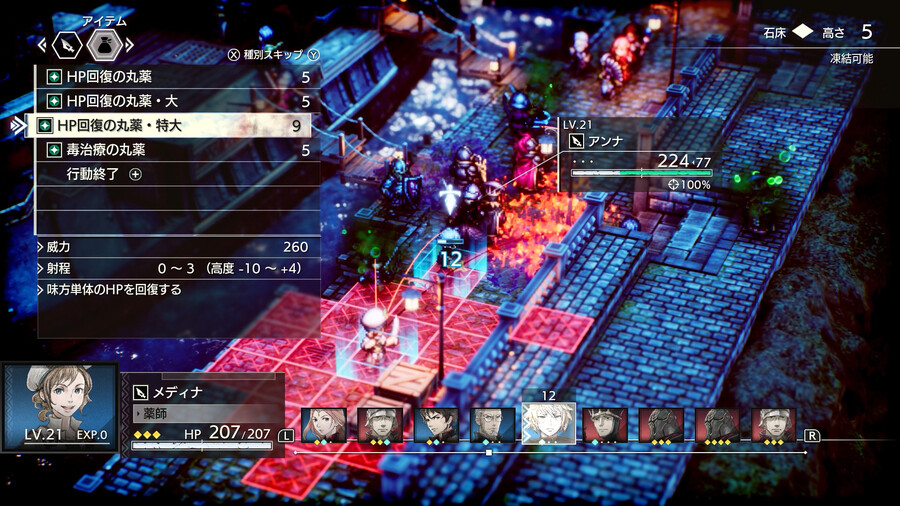 Ezana Kurinka : A descendant of a clan with the mysterious power to change the weather. As a shaman who celebrates rain and rain, she travels to find a place that needs her power to save those who are suffering. 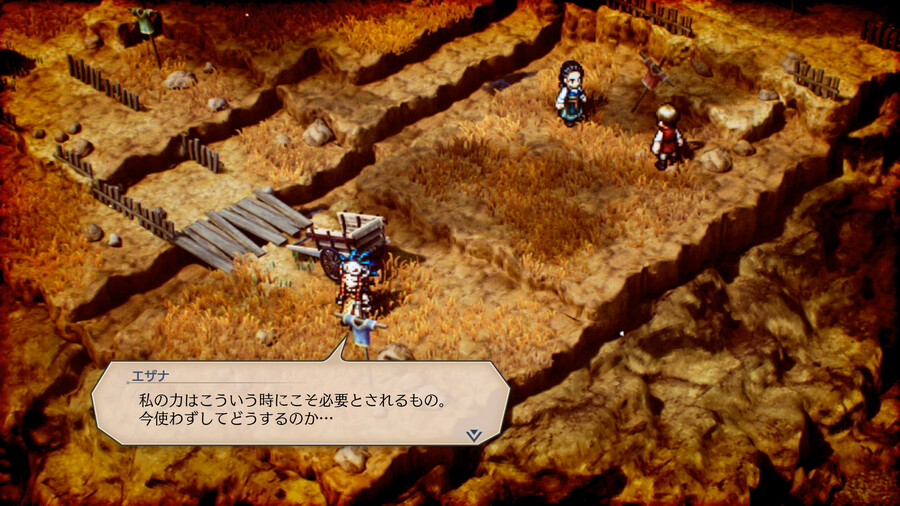 You can make it rain to clear the burning terrain, or you can thunder down a puddle to paralyze the area. 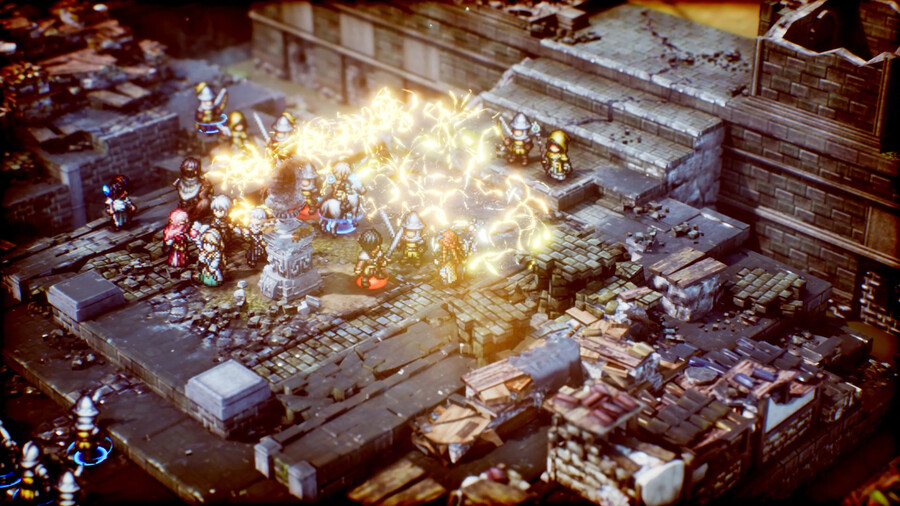