Sega Co., Ltd. is a building that plays various roles in the colony, which will be the base for playing and living in the early game of Surviving the Aftermass, a software for PlayStation®4 and Nintendo Switch™, scheduled to be released on Thursday, January 27, 2022. introduced

The player must build a colony in the future after the destruction of the world, overcome various threats that inevitably come, and use all kinds of wisdom to recover the lost civilization.

■ How to play early in the game 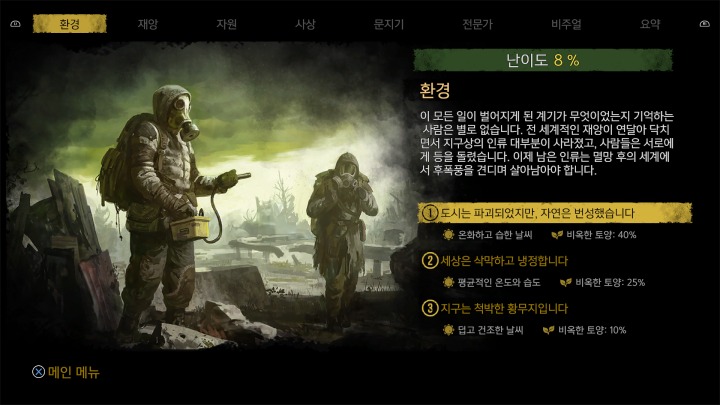 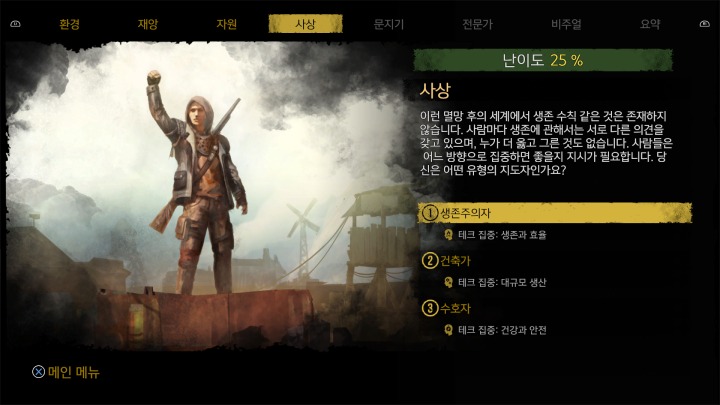 Before starting the game, the player selects conditions for each item such as environment, resources, and gatekeeper, and decides the play style or difficulty. The AI ​​works depending on the difficulty level or play style you choose, so you can have a different experience each time you play. 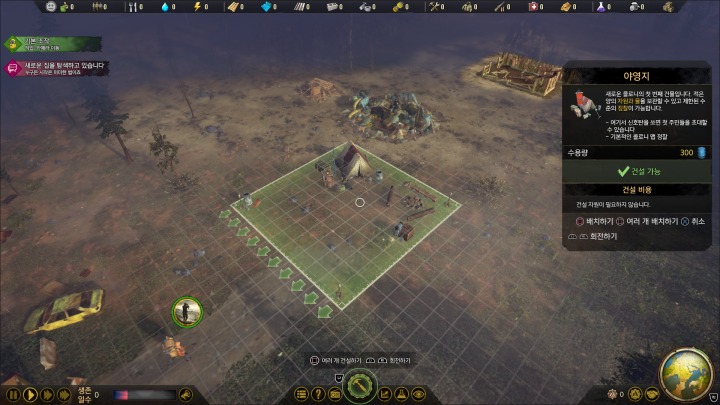 Once you have decided on the visual and colony name, start creating a new colony as a pioneer.

First, let’s build a campsite that will be the first building in the colony. 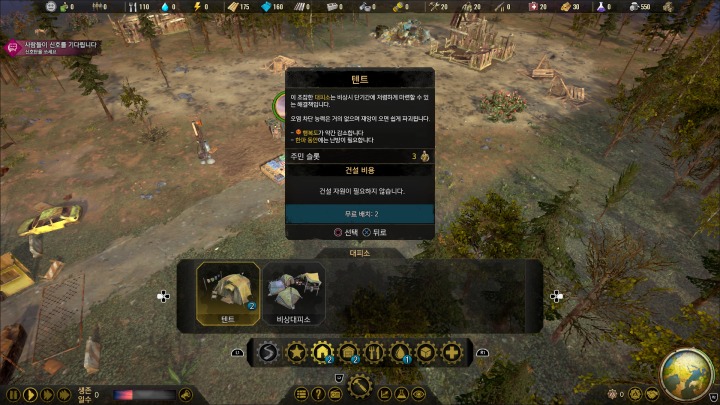 Once the campsite is complete, you can fire a flare to invite residents, but it is recommended to build a ‘tent’ or ‘food store’ that can be built without consuming resources. In the case of a map with water nearby, secure a 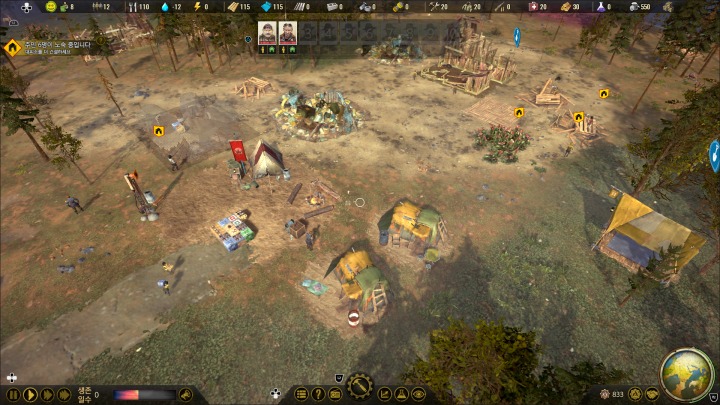 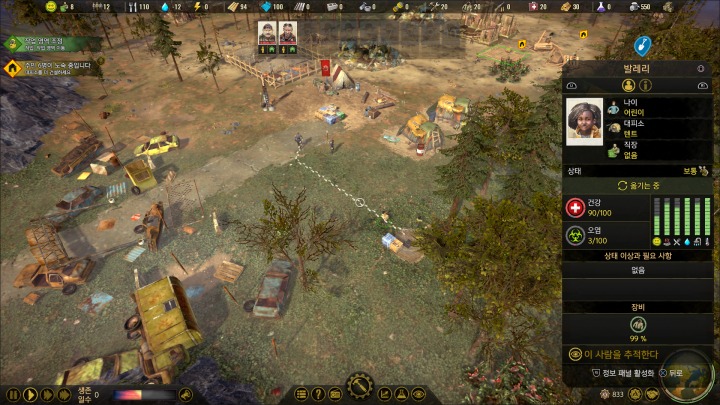 When the first residents arrive, colony making begins in earnest. We make up for the lack of residential space and create facilities that can collect the resources needed for colony expansion.

Residents have the role of transporters who construct buildings or gather resources, and workers who engage in the production of goods or welfare of the colony. Since both roles are required for the development of a colony, it is necessary to coordinate the number of people in charge of each. 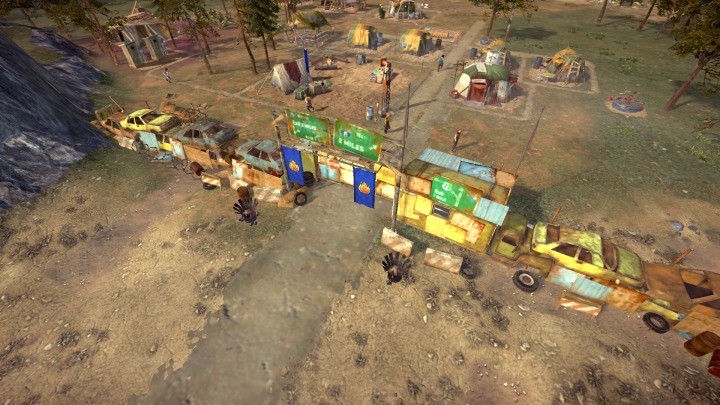 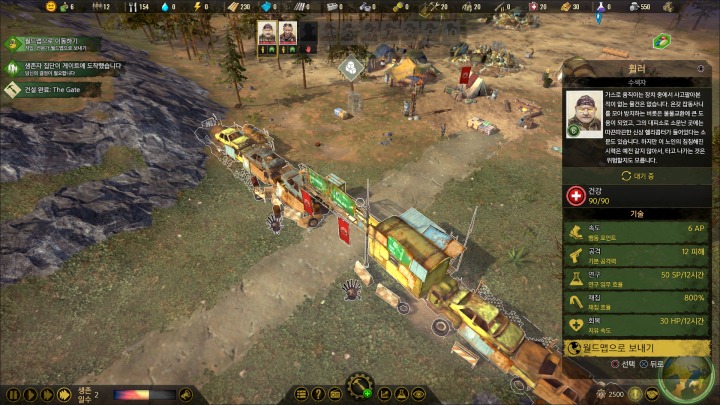 When you have gathered some resources, build a 〈Gate〉 at the entrance of the colony. When the gate is completed, 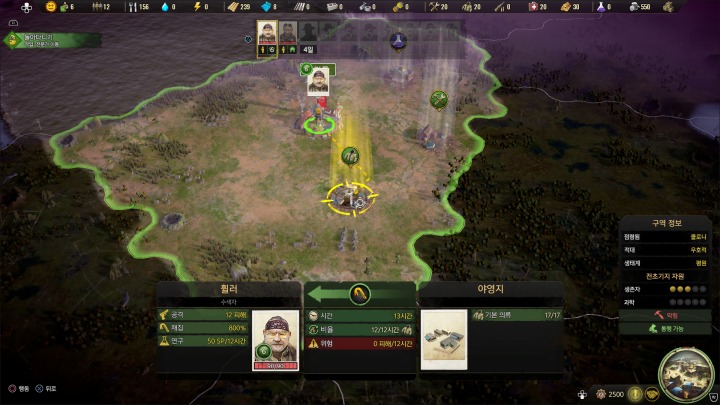 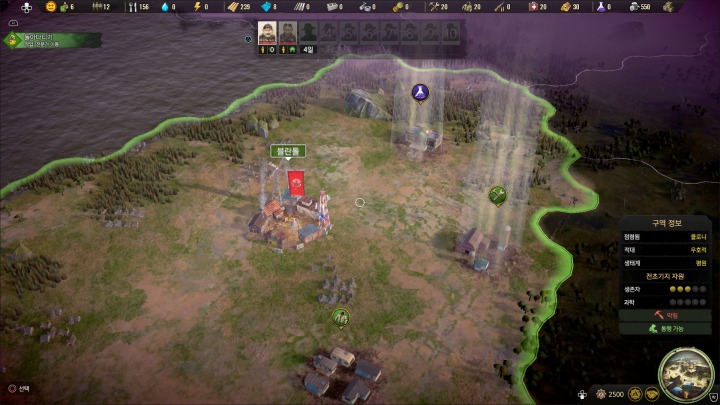 Experts can also barter by gathering resources on the world map or interacting with other communities. In addition, you can obtain 〈Science Points〉 by searching, and by using the acquired points to open the 〈Tech Tree〉, you can acquire convenient abilities and ways to create new buildings.

A building indispensable for colony development. Here, we introduce some buildings with various effects.

It cures various health conditions such as injuries, infections, radiation exposure, and mutations in residents. By opening the 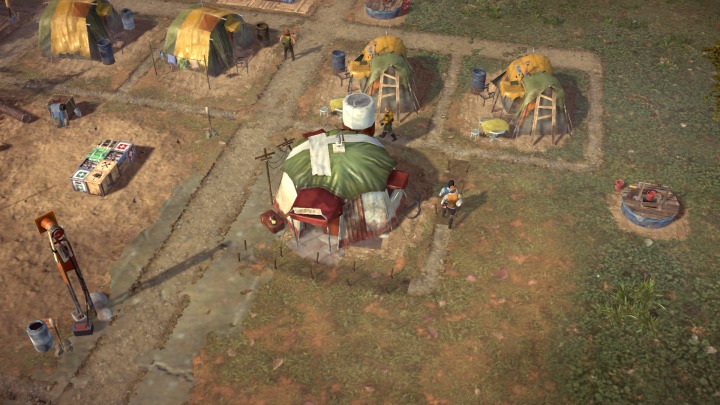 In a greenhouse, vegetables can be grown more efficiently and safely. One of the better buildings the sooner you build, as food grows and is not affected by pollution even during disasters. 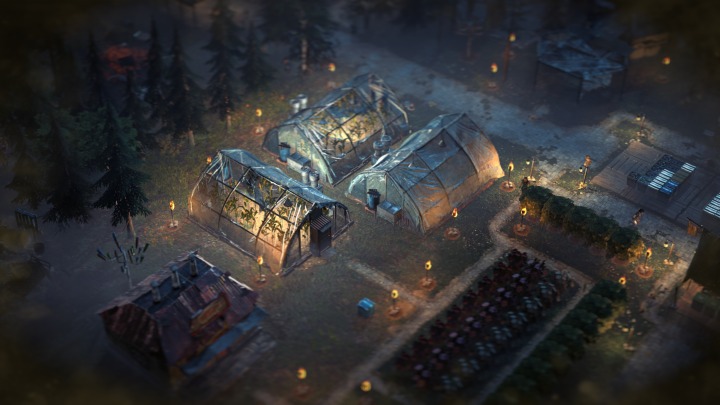 You can catch raised fish. It is easier to obtain a large amount of fish than relying on a fishing rod or luck. 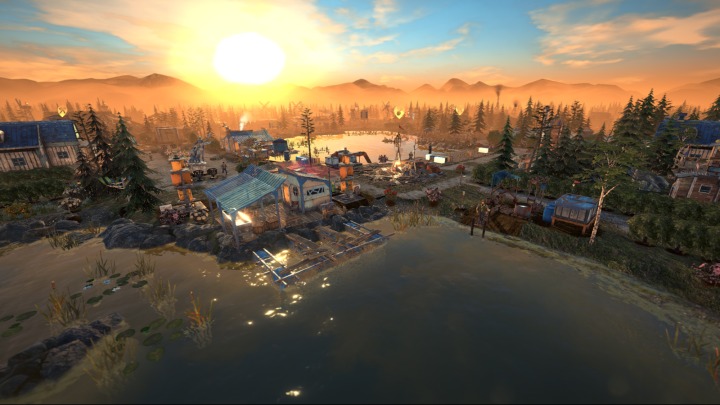 Prevents health deterioration by removing harmful particles or pathogens that plague residents. The warm steam prevents the colony from freezing, so it not only prevents disease, but also serves as a countermeasure against one of the disasters, a cold wave. 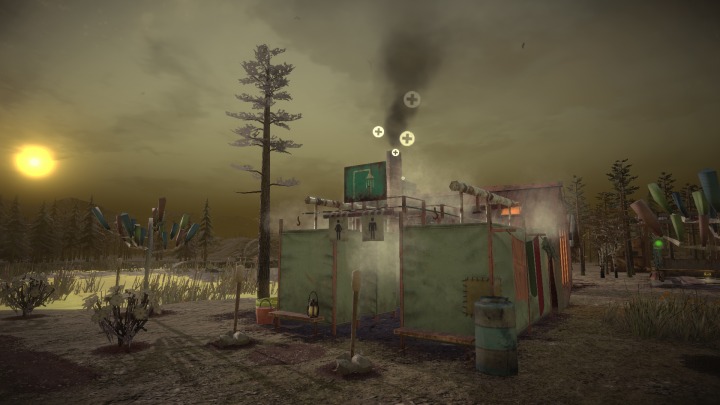 A resting place for residents, where books and manga are gathered. Affects colony happiness. 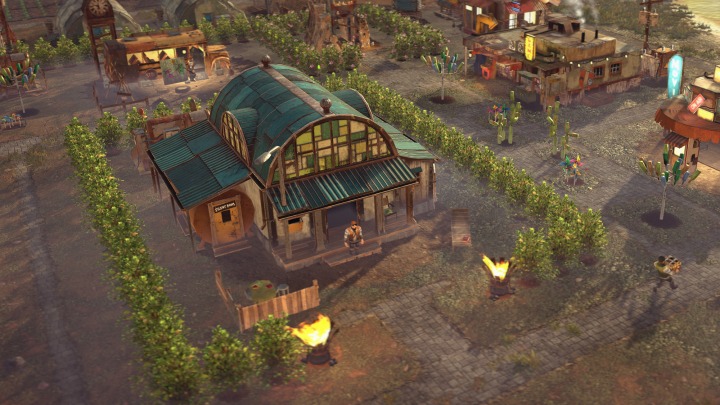 Repair and repair vehicles in the colony. When sending a team of experts to the world map, they will be able to ride it in the car. 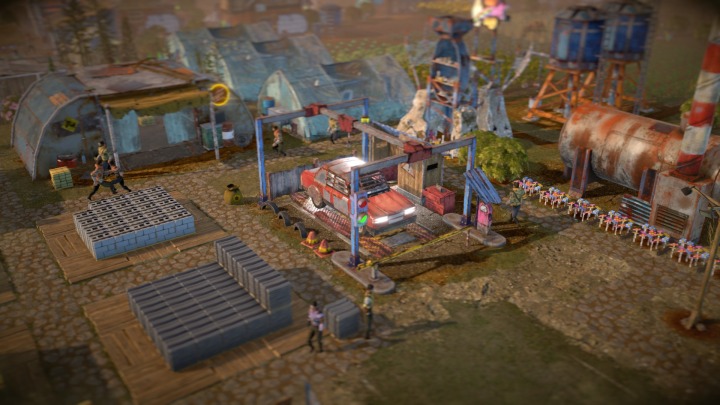 By crafting weapons in the gunsmith’s workshop, you don’t have to wrestle with the outlaws that threaten the colony with only knives. However, it seems that it takes more time and money to make a reliable weapon. 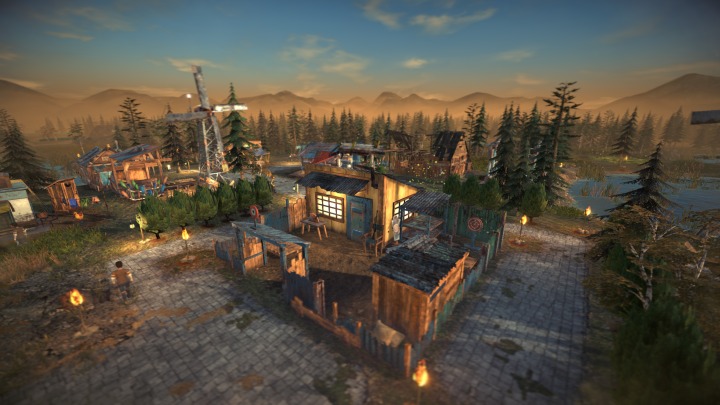 It is an advanced production facility that makes electronic circuits and electronic devices. It is essential to construct a building that requires energy. By constructing this building, you are one step closer to a colony where true self-sufficiency is possible. 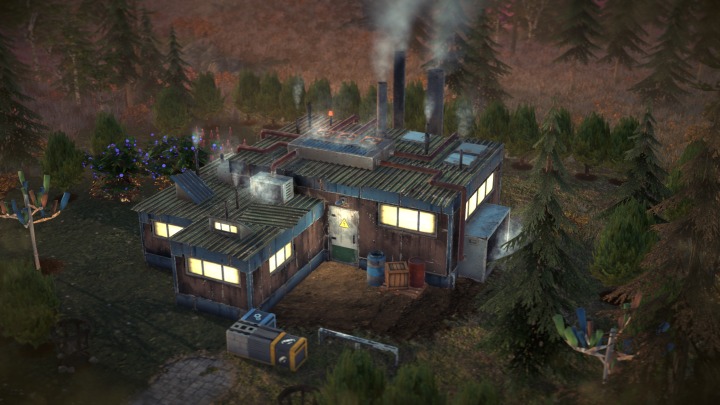 In addition to the ones introduced, there are many buildings that play various roles in the game. Create your own colony by gathering, building, or researching.

※ All attached screens are under development.