The Weekly Finals of the first week of PGC 2021 held at Paradise City Plaza in Yeongjong-do, Jung-gu, Incheon for two days from November 27 (Sat) to 28 (Sunday) were held in the ‘point rule’ method, which is a method of adding up kill points and ranking points. In this Weekly Final, America’s KPI Gaming earned a total of 108 points for 1 chicken, 68 kilos, and took the honor of the winning team in the first week of the Weekly Final. With this, KPI Gaming will receive a $30,000 weekly final win prize and a direct ticket to the grand finale.

The Korean team GHIBLI Esports competed fiercely with KPI Gaming by winning chicken in Match 1 and Match 7, but gave up a score in the second half of the second day and took second place with 101 points overall. Third place went to America’s Oath with 78 points. Korea’s Danawa e-sports ranked 9th, Gen.G 10th, and GNL ESPORTS 14th, failing to enter the top ranks. As the top 9 teams advance to the Grand Finals based on the points earned in a total of 3 Weekly Finals, fierce competition is expected to continue.

All matches of the weekly series, including the Bottom Sixteen Match on the 29th, can be viewed on YouTube, Twitch, Afreeca TV, Naver TV, and TikTok official channels at 7 pm. Through the code released during the broadcast, you can get voting rights for the winner prediction event ‘Pick’em Challenge’, and you can get free EP (esports points) from Twitch Drops and Pick&Go events on the Twitch broadcast channel. Prediction of the winner and purchase of special in-game items are available until 6pm on December 18th, before the start of the last match of PGC 2021. 30% of the PGC 2021 item sales revenue will be added to the total prize pool.

For information on PUBG esports, including PGC 2021, visit the official website (https://www.pubgesports.com) can be found in 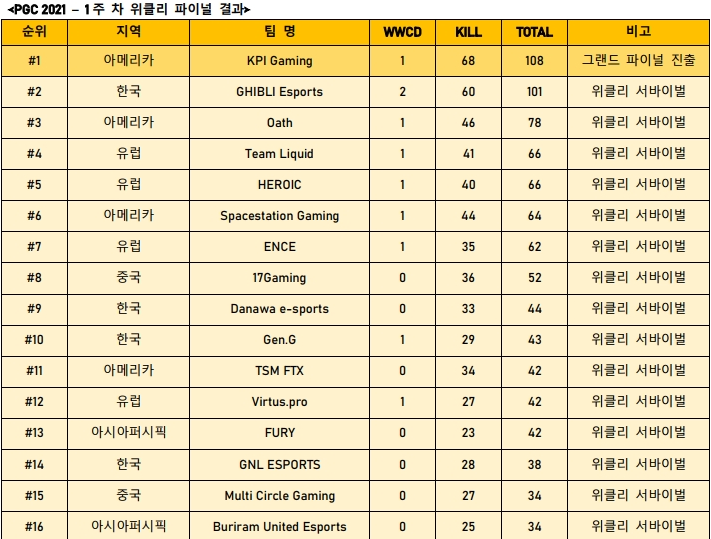 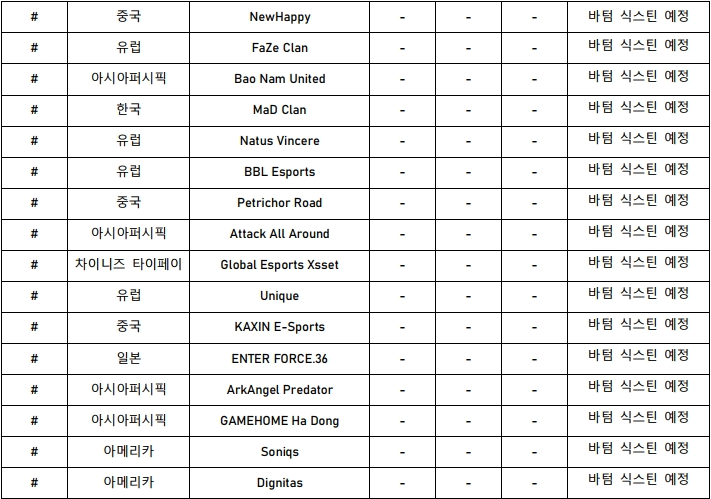