Developers and designers have a lot of creative freedom and possibilities in their games, but shamelessly stealing top games in order to increase their own reach is the bottom drawer. A few particularly blatant examples have been posted on Reddit.

Chief Almighty: Developer has no ideas of his own?

It is not uncommon on the Internet for games to be advertised that actually say nothing about the actual product. Unfortunately, it also often happens that Advertising for other games shamelessly copied or stolen whether it is pictures or videos.

Mobile game publisher YOTTA GAMES is an extreme example. For his strategy game Chief Almighty, he used cover images from absolute top games like God of War, Far Cry 5 and Horizon Zero Dawn. The quality leaves a lot to be desired, however, as the originals still shine through to some extent. An example of this is Aloy’s leg that peeks out from under the wolf.

Over 73,000 Reddit users have already seen these images and the Reactions are consistently negative and incomprehensible. One reader even wants to know the reason why mobile game advertisements often result in embarrassing disaster. Cvillain626 thinks independent studios are the trigger for this here:

“To be honest, I would never forgive myself if I did something like that for my game. I just can’t understand why someone would do such a thing on purpose, “wrote Zweihunde_Dev.

What it really is about in the end is not certain and it will not be the last time that something like this happens.

If you are looking for a good strategy game, we recommend Age of Empires 4: 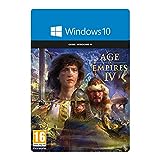