Will we ever be able to write a message that Half-Life 3 is really coming?

It feels like the oldest joke in video game history, but it doesn’t really get any better: Half-Life 3 and when the fuck is supposed to come out. According to the latest – and unsurprising – information, it won’t be too soon. Because according to the latest rumors about Valve, the company behind Steam is currently doing something completely different.

Why even Valve would most likely fail with a Half-Life 3, by the way, we clarify in the plus video on the subject: 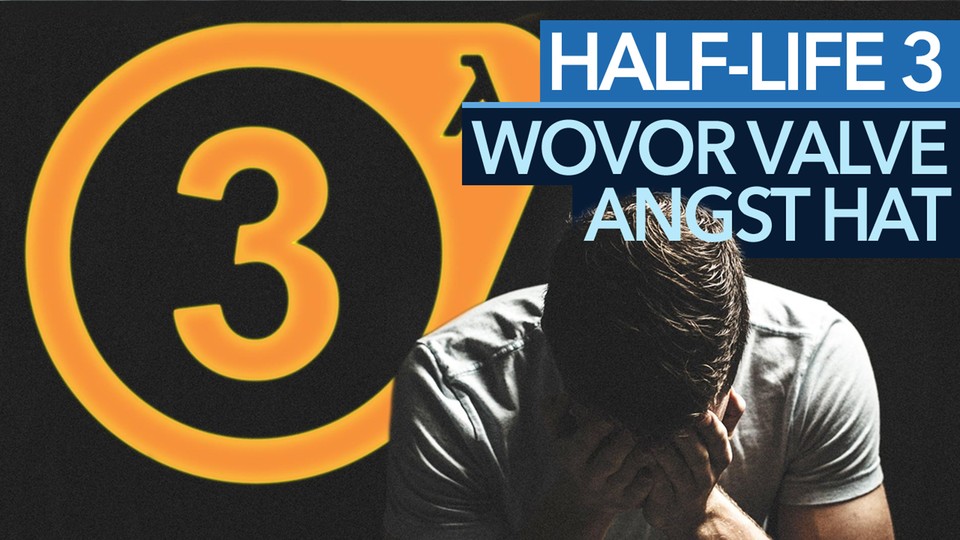 
Half-Life 3 can only fail – Why Valve fears the sequel

The wait probably goes on: If you have hope of a foreseeable release of Half-Life 3 after Alyx, then let the Tyler McVicker to take. The YouTuber and operator of the Valve News Network claims that only a tiny team is currently working on the idea. Instead, Valve sees its priority in completely different projects.

What’s coming instead of Half-Life 3? According to McVicker, Valve is currently focusing primarily on the Steam Deck and related projects – which is not too surprising. But before you turn off the screen in frustration, close your laptop or flush your cell phone down the toilet, we may have some good news for you.

By the way, we have summarized all information about the Steam Deck for you in the following overview:

Steam Deck: All information about the handheld PC from Valve

If McVicker’s potential information is to be believed, instead of Half-Life 3 there is a project with the title Half-Life: Citadel in the making – which is not to be understood as a classic first-person shooter. Instead, McVicker describes the Valve project as a mixture of first-person shooter and real-time strategy, which relies on co-op elements and fans at the best of times Left 4 Dead and Alien Swarm is supposed to remind you.

This is not officially confirmed at the current time and, as usual, you should view this message with a healthy dose of skepticism. McVicker’s report would make sense, however: That Valve would like to score points with the Steam Deck for the time being, produce its own workhorse for the heavyweight brand Half-Life and, despite the success of Alyx, try again at new challenges.

How credible is the source? Tyler McVicker runs his own YouTube channel specializing in news and rumors about Valve and Steam. His information is generally considered to be quite reliable and credible – but of course you should also wait for official information here and whether Half-Life: Citadel actually exists (in this form).

What do we know about Half-Life 3 so far?

Whether a Half-Life 3 will actually come has not yet been officially confirmed. After the release of Alyx, game designer Robin Walker from Valve at least let it be known that the VR game the beginning and not the end may be. How Half-Life 3 could have looked more or less immediately after the release Half-Life 2: Episode 2 has meanwhile been revealed in a documentary.

After Half-Life: Alyx, a continuation of the story is actually inevitable. You can read about what the end of the VR game reveals for the future of the franchise in the following article:

What the end of Alyx means for Half-Life 3

Are you disappointed with the sobering news regarding Half-Life 3? Or are you looking forward to completely new Half-Life experiments from Valve? Let us know in the comments!