No sooner has Age of Empires 4 been released than Relic Entertainment continues: After all, the Canadian studio is also working on Company of Heroes 3. There we were recently able to play the multiplayer mode in detail and tell you how much or how much how little changes:

But you don’t just have to take our word for it, you can throw yourself into the multiplayer battles from Tuesday. As with the strategy game announcement in July, Relic and Sega are releasing a playable alpha from the tape. We’ll tell you what content is available and how you can take part in the alpha.

When is the multiplayer pre-alpha playable?

The pre-download of the pre-alpha is now possible for all registered players via Steam. However, the multiplayer mode is only playable from Tuesday, November 30, 2021, 6 p.m..

The Multiplayer Alpha runs through December 7th 5:00 a.m. After that, access ends.

Company of Heroes 3: This is how you take part in the pre-alpha

To play the multiplayer pre-alpha, you need a Steam account and you have to register in the Company of Heroes developer program. We take you step by step:

If you have already participated in the first alpha, you no longer need to follow these steps. Instead, the pre-alpha should already be in your Steam library.

What is playable in the multiplayer pre-alpha?

In the Pre-Alpha of Company of Heroes 3 you get a first glimpse into the multiplayer mode of the strategy game. You can either compete against other players or compete against the AI ​​alone or in co-op mode. 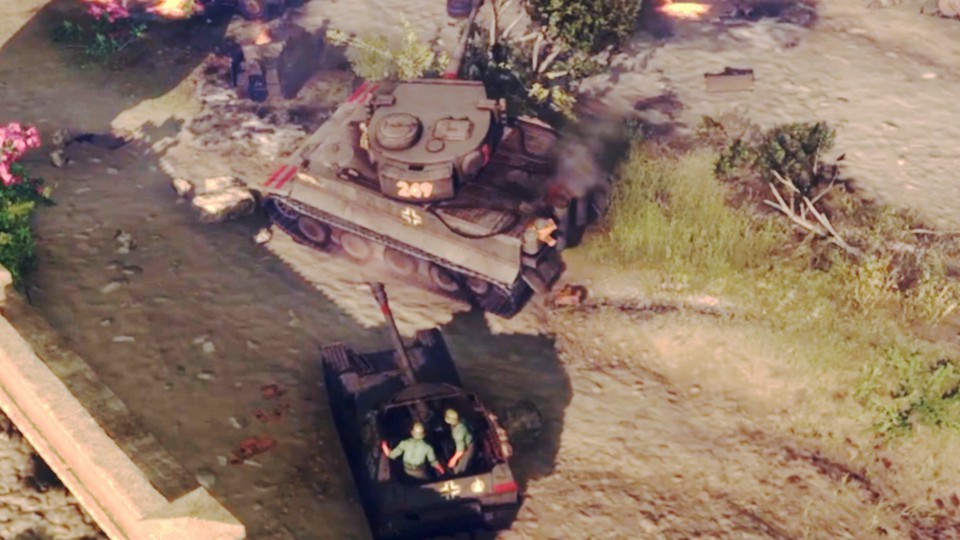 
Company of Heroes 3: Developer video for the free multiplayer alpha

Fighting takes place on four maps, all of which are played in Italy, with two factions. You can choose either the US troops or the Wehrmacht, each with its own units and tactics.

What about the Company of Heroes 3 campaign?

Company of Heroes 3’s single player campaign is not part of this pre-alpha. However, we were able to try out the campaign when it was unveiled in July and tell you what changes here compared to its predecessors:

Although the developer Relic is already starting the second pre-alpha for Company of Heroes 3, the strategy game is not on the home straight yet. The third part is only expected to appear in the 4th quarter of 2022 – so you still have to show a little patience.