– On December 11th, to commemorate the 10th anniversary of Ari’s debut, the ‘LoL Donation Cup’ with a total prize of 20 million won will be held.

– As the number of contestants increases, the total amount of donations increases and an opportunity to acquire items cherished by LCK pro players and celebrities is given.

– The ‘Influencer Donation Match’ with famous influencers will also be held on December 3rd and 4th.

Riot Games will hold the League of Legends (LoL) amateur open tournament, the ‘LoL Donation Cup’ (hereinafter referred to as the Rolldo Cup) from December 11th to 18th.

The Rolldo Cup is one of the ‘Happy Birthday to Ari’ events that are being held to commemorate the 10th anniversary of the debut of LoL champion ‘Ari’. As the number of contestants increases, the total amount of donation increases, and various in-game rewards are paid just by participating in the Rolldo Cup. In addition, you can enjoy various benefits such as an opportunity to acquire cherished items donated by LCK pro players, celebrities, and influencers.

This competition will be held in two forms: the ‘Influencer Donation Match’, a pre-event format in which famous influencers participate, and the ‘Amateur Open Tournament’ where players can directly participate.

The Influencer Donation Match, which will be held for two days on December 3 and 4, will be conducted in a full-league format in which former professional gamers supervise and influencers participate as team members. Under the direction of former professional players ‘Gorilla’, ‘Nuclear’, ‘Kuro’ and ‘Cube’, a total of 4 teams consisting of influencers such as ‘Kang So-yeon’, ‘Nambong’ and ‘Iya-gong’ participate The teams will compete for a prize of 6 million won, and an additional 5 million won of ‘Ari Donation’ will be accumulated in the name of the team that has obtained the most points. Broadcasters such as Dangun and Kkokogat will participate in the commentary, adding to the fun. 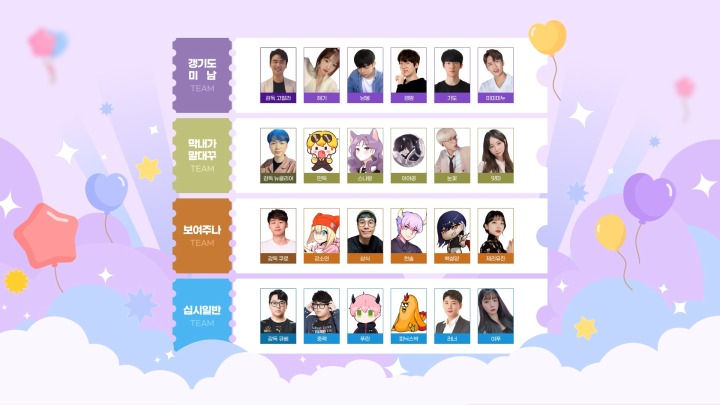 The Amateur Open Tournament is an open tournament that anyone over the age of 12 can participate in, regardless of tier. The tournament is divided into eight groups, and the winning team of the tournament advances to the finals to proceed with the final tournament match.

Even if players apply to participate in the contest, the total amount of donations donated by Riot Games will increase. Also, when you form a team and complete registration, you will be given a mystery skin, emotional expression, ward, etc., and if you participate in at least one match, you can get a ticket to a star’s cherished item regardless of victory or defeat.

The cherished items consist of the uniforms of Kia ‘Khan’ of Damwon, clothing of ‘Miyeon’ and ‘Soyeon’ of (G)I-DLE, skateboards, and keyboards of ‘Gamst’, a YouTuber. In addition, a total of 128 teams advancing to the round of 16 in each preliminary group will receive a ‘Ari Package’ souvenir, and the first-placed team in the final will be given a specially made competition trophy and donor representative qualification. The total prize money for the competition is Rs.

The application period for the Rolldo Cup is from November 29 to December 10, and the preliminary rounds will be held on December 11 and 12. The finals and finals will be held for three days from the 16th to the 18th. The tournament broadcast can be viewed on the League of Legends official YouTube and Twitch channels, and the influencer donation match can be viewed in real time on the official channels of each coach and team member.

On the other hand, the donations raised through the Roldo Cup will be delivered to the ‘Community Chest of Korea (Fruit of Love)’ and will be used to distribute IT devices and support programming education for children and adolescents. are donated together for the same purpose. For more information on the Roll Do Cup, see the Roll Do Cup. official websitecan be checked in