Again and again there are real masterpieces that unfortunately have a really catastrophic start. They can usually only prove their great strengths in the further course of the game. The following series of photos shows you which games you can expect such an agonizing beginning and which you should definitely persevere.

Some games masterfully manage to convey their charm within the first few minutes. Cleaning up your own ranks as Darth Vader in Star Wars: The Force Unleashed is the perfect foretaste of the path to the dark side that you will take the rest of the game. Unfortunately, not all games manage to show their full potential right from the start. On the contrary, some fantastic games seem to get in their way with a bumpy start and thus risk that some players may not hold out until the game reveals its true strengths.

With The Witcher, the Polish developer CD Project laid the foundation for one of the most influential game series in recent years. Judging by the prologue of the first part, this success is quite surprising. Before the role-playing game really takes off, you have to fight your way through an excruciatingly slow tutorial in which you have to defend a fortress from attackers, conduct dialogues, get to know the alchemy and skill system and the diverse open world that comes from The Witcher made the popular cult role-playing game, completely left out. It is only after a good hour that Geralt’s adventure slowly picks up speed. 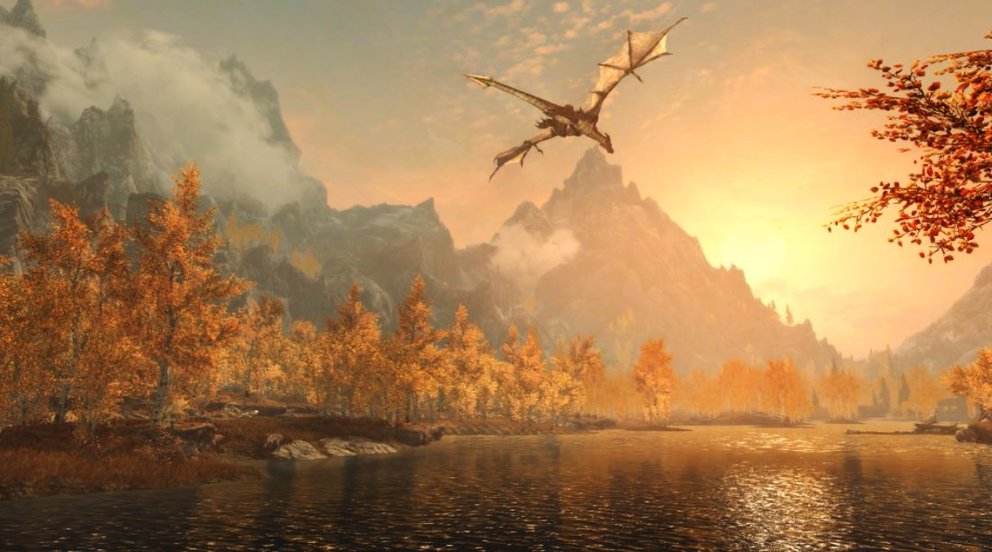 A huge game world, endless adventures, countless quests, unlimited freedom – The Elder Scrolls 5: Skyrim stands for all of this. In the prologue of the game you hardly notice any of this. In the old series tradition, you start as a convict, but instead of being trapped in a prison, you are trapped in a linear script sequence. After an uneventful carriage ride and the beheading of a fellow prisoner, you create your character a few moments before your execution (!). The subsequent dragon attack and linear dungeon also has little to do with freedom. 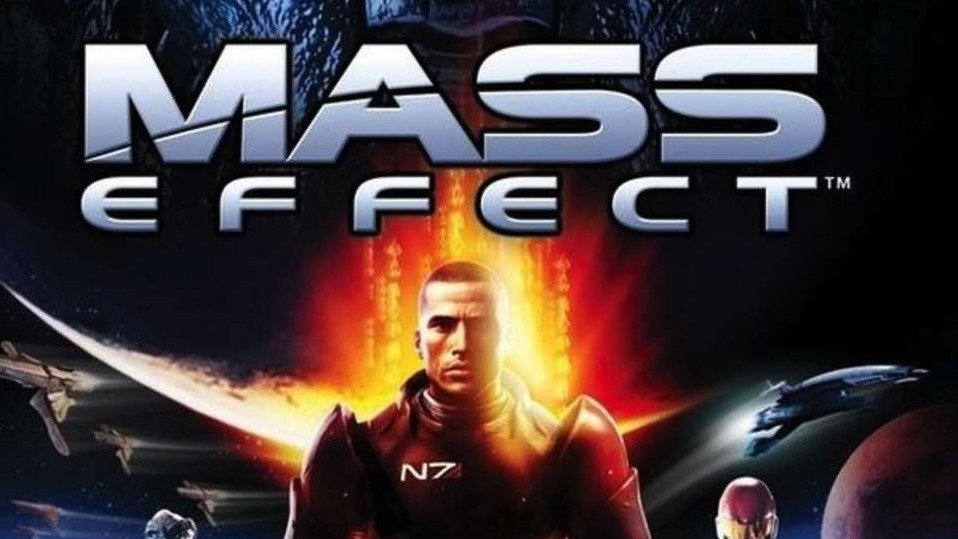 Apart from the initially controversial end of the third part, the Mass Effect trilogy has earned a deserved place in the hearts of so many gamers. And that although the journey through space cannot keep up with the high level of the second and third part from the start. Who doesn’t still remember the endless Mako journeys on the most varied of planetary surfaces? The time-consuming hard work was fortunately replaced in the successor by the much more pleasant scanning of planets. 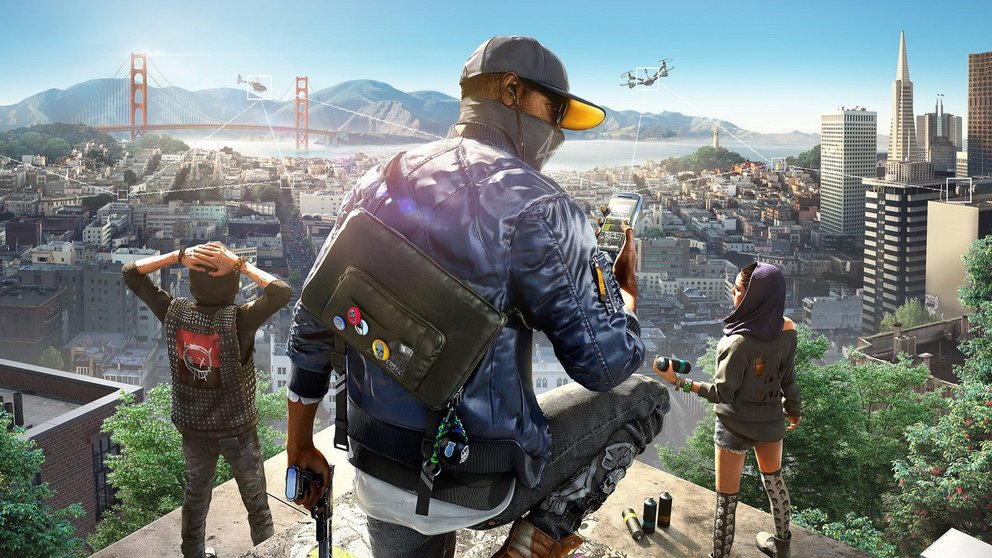 And still in an open-world game that tries to hide its strengths as well as possible in the prologue. Instead of an open game world, smartphone apps and threats, Watch Dogs 2 only offers you a non-optional, linear tutorial. This is followed by a cutscene, a city tour, another cutscene and finally the briefing of your hacker colleagues before the adventure really begins. Why do all open-world games seem to start with linear tutorials instead of making the possibilities of the open-world game palatable to the players? 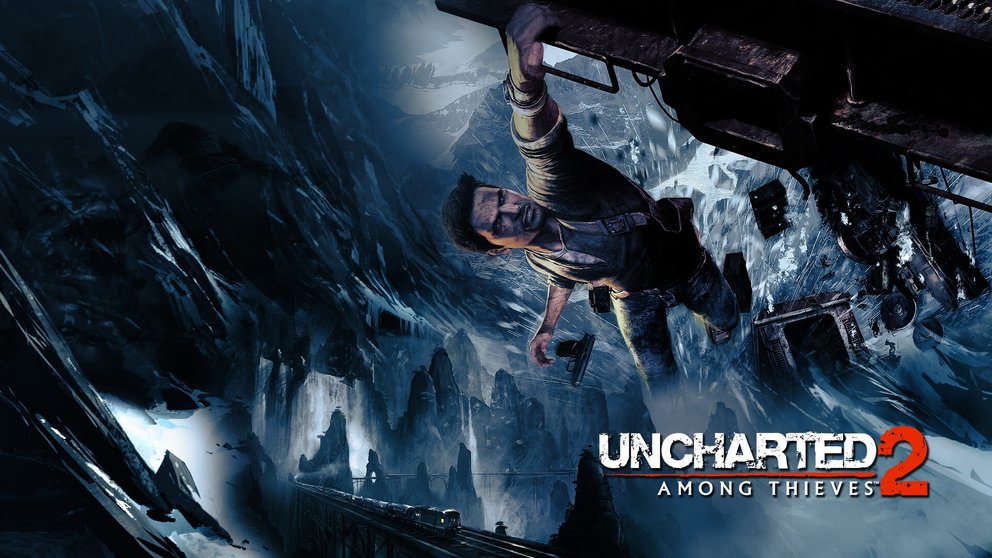 Not a bad word against the train scene, which forms the spectacular start of Uncharted 2: Among Thieves. It is unclear, however, why the action adventure, as one of the first missions, imposes a stealth level on the player, which differs so fundamentally from the rest of the gameplay. A break in the game mechanics may not be wrong per se, but it is very poorly placed at the beginning of a game. 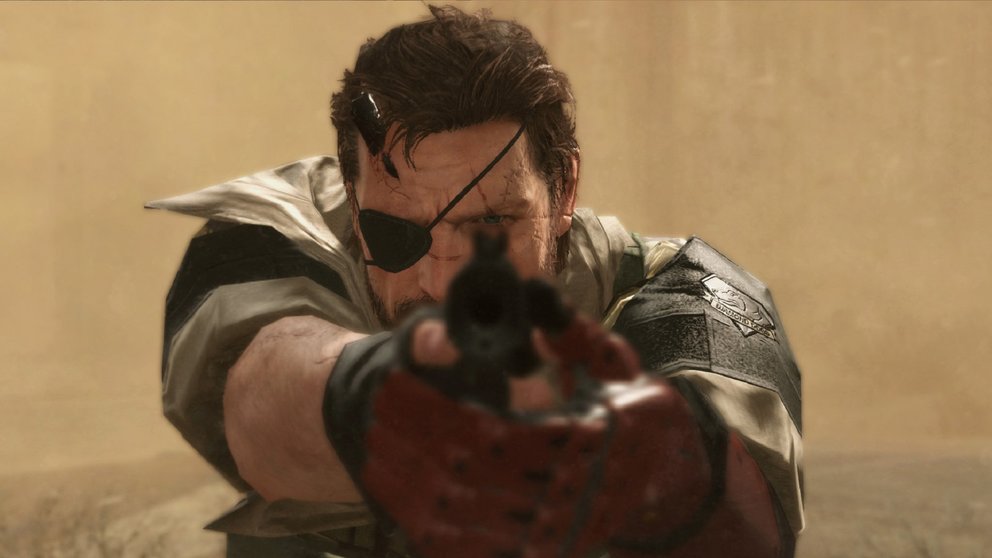 In Metal Gear Solid 5: The Phantom Pain you can listen to a doctor’s diagnosis for a full ten minutes while you lie motionless in bed and cannot influence what is happening. When you finally get out of bed, you torment your way through the corridors of a hospital at miserably slow speed, because you cannot walk at the beginning of the game due to your state of health.

Jedi Knight 3: Jedi Academy may be one of the best Star Wars games of all time. Above all, the diverse power skills inspire the players to this day. So it’s a shame that you first have to make your way to Luke’s Jedi Temple in a less spectacular way, where you are exposed to the exposure cutscenes, then complete another Jedi tutorial and only then can you enjoy the game in all its glory. 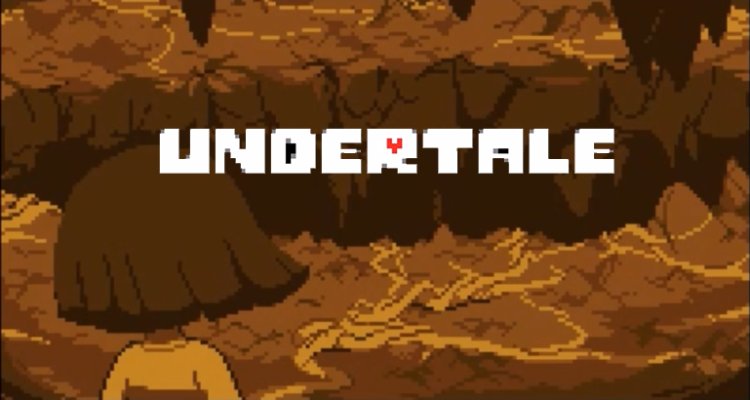 Undertale has lost none of its fascination and uniqueness to this day. However, many players will probably have lost patience before the role-playing game could really pick up speed and the excellent lyrics really sparked. So you have to go through a tutorial again, solve various puzzles and wonder about the peculiar style of the game, until the brilliance is actually revealed. Did all players stay tuned for so long? 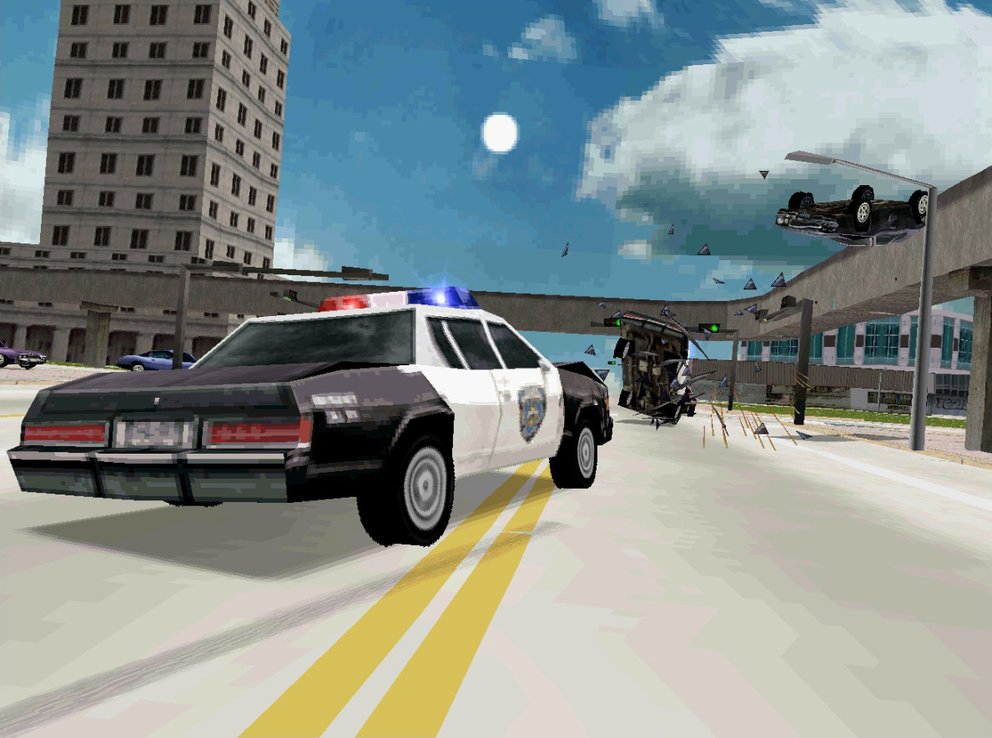 Driver was one of the very first games that could convince with an open 3D world. Before you could explore them, however, you had to work through a “shopping list” full of requirements – within 60 seconds! A lap through the underground car park, testing the handbrake, slalom, turning 360 degrees … If the time limit was exceeded, it started all over again. If you finally mastered the unnecessary tutorial after an hour of frustration, you were finally allowed to start the actual game. 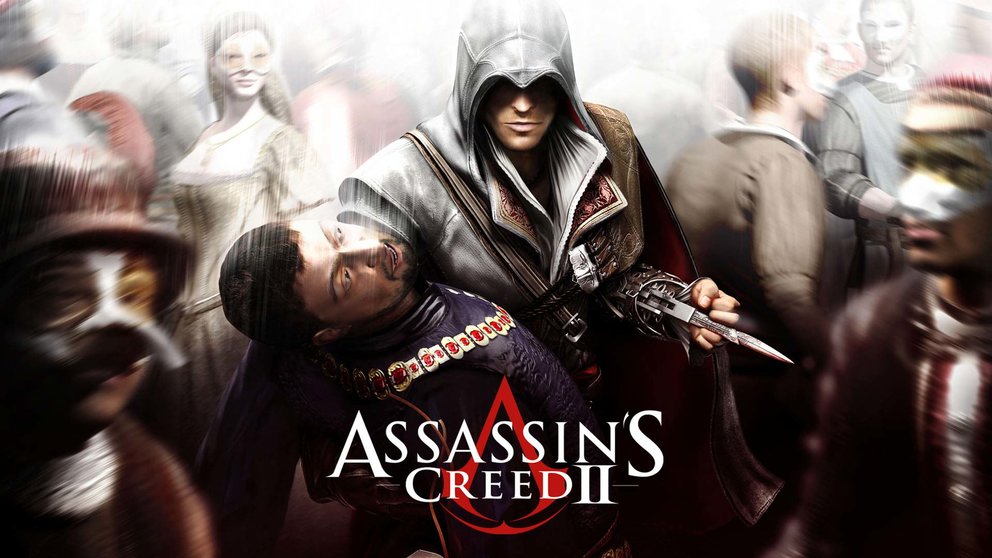 The story about the assassin Ezio is now without question a cult. However, before you could really make the Italy of the Renaissance unsafe as an acrobatic assassin, you couldn’t avoid getting to know Ezio’s entire family history. Visits to your mother, talks with your sister, conflicts with snooty nobles – you can only put on the legendary assassin’s hood after a full hour of playtime. Sure, the long prologue brings you closer to Ezio as a character, but the introduction to Assassin’s Creed 2 should have been a bit faster. 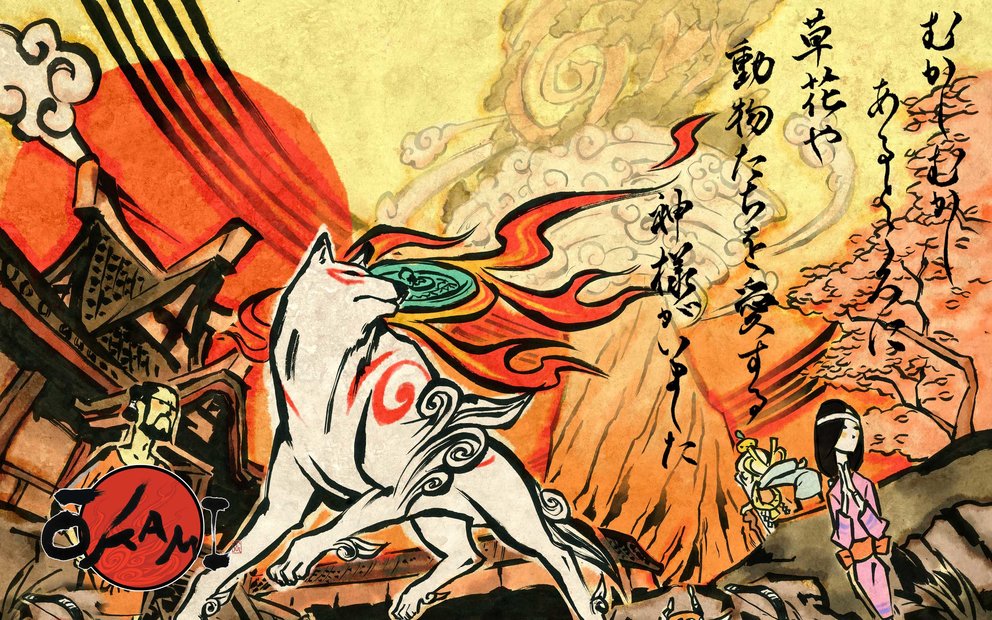 With its beautiful graphic style and creative gameplay ideas that go into Okami, it’s more than a shame that the game regularly puts a brake on you at the beginning. As soon as you are in the middle of the flow of the game, the fun is interrupted by a non-interruptible cutscene. Then the fun slowly picks up again, but don’t worry, the next red traffic light disguised as a cutscene is only a few moments away.