Outlook and prospects for 2022

After looking back last week at the hardware topics of 2021 that are interesting for gamers, today we come to a preview of what the year 2022 will or could bring us. Of course, it revolves around graphics cards and processors, whereby we not only consider the planned models for graphics cards, but also a possible development of the market. Other topics are also monitors, notebooks and cloud gaming, which for some could be an alternative to buying expensive gaming hardware.

Let’s start with an ugly topic, namely the graphics card market. First, let’s summarize the prehistory: Although the Covid pandemic had already fully reached Europe and the USA in spring 2020, prices for graphics cards will remain at the level that was known from the fourth quarter of 2019 for a long time in 2021. That was not a matter of course, because the demand for electronic items increased as more and more people had to work from home and many companies and countries were pushing ahead with digitization.

Gaming as a hobby also experienced a boom, as many other leisure activities were only possible to a limited extent or not at all. In addition, some people just stayed at home on their own initiative instead of spending their free time away. The number of those who wanted to revive the already outdated hobby PC gaming or who wanted to get into PC gaming for the first time rose massively. With the release of the first RTX 3000 models from Nvidia, the dilemma began, because graphics cards were becoming increasingly scarce.


Completely crazy and probably thanks to miners: At 550 euros, the Nvidia GeForce GTX 1660 Super costs twice as much as in autumn 2020, although it is much weaker than the equally expensive AMD Radeon RX 6600 in games.

At first it just seemed to be the case that many gamers were reluctant to buy because they were waiting for the 3000 models and they were quickly sold out when they were released. But delivery remained poor even in the weeks after the release, and prices rose massively. The main reason for this was that for several reasons (demand, production conditions, but also raw material and component delivery problems) in chip production, it became more difficult to meet the high demand from hardware and electronics manufacturers. At the same time, there was also demand from miners and scalpers in addition to the demand for gamers. The latter are “dealers” who buy scarce goods en masse – also with the help of bots – in order to further reduce the market supply for scarce or limited products and to benefit from the rising prices by reselling them. Scalping also affected the Playstation 5 and Xbox Series X game consoles, which were newly released at the end of 2020, so that both consoles have hardly been available at normal prices for 12 months. Fortunately, shortly before Christmas 2021, the situation got better, but for many it was already too late. In the spring of 2021 there was a price peak for graphics cards, then the prices fell slightly, are now a little higher again – you can roughly say that you currently have to pay about twice as much for the same performance potential as in September and October 2020.

But what can we expect for 2022? There is a high probability that new generations of graphics cards from AMD and Nvidia will come onto the market – but this alone does not help, because the brand new cards are not expected until autumn or winter 2022. In addition, there is a lack of production capacity or Raw materials hardly play a role, whether it’s the GeForce RTX 3080 or a new GeForce RTX 4070. 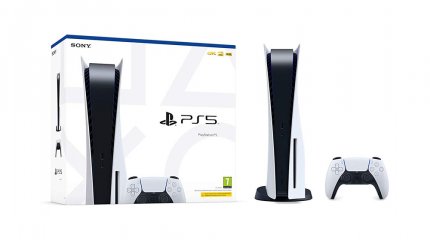 But there is hope, because new factories will be built and more staff will be trained – but all of this can fail due to the lack of certain raw materials that serve as the basis for circuit boards. This is precisely part of the problem. Some analysts expect the market to remain undersupplied for a few years with certain basic products for chips that are technically rather simple, but essential. In that case, graphics card prices would not fall – but there are also voices who are more hopeful and assume that enough chips can be produced despite a certain lack of raw materials. With a look at the prices of components such as CPUs, mainboards, RAM, SSD and more, we finally see that the prices here have remained stable on average with small fluctuations upwards, but also downwards, and that the chip crisis does not seem to be equally severe for all product types meets – although one has to be careful here whether it stays that way. Because since the release of Intel’s Alder Lake platform (many matching motherboards support DDR5 RAM), the new DDR5 RAM has almost exclusively been empty retailer shelves. But no matter what the supply in 2022 looks like in detail: There will be innovations in graphics cards and also in processors – we will continue with both topics from the next page.