There is soon a small relaunch of Cyberpunk 2077 on? An alleged insider is claiming this right now, but without providing any evidence. According to the anonymous source, Patch 1.5 should have a lot of innovations in the luggage. It has been officially known for a few weeks that the next update will be very big.

Now concrete information should have leaked what is inside. Many urgent fan requests should come true soon – but there are good reasons to doubt its credibility.

Attention, unconfirmed information!
The leak is currently shared by well-known industry insiders such as Okami Games, but cannot be verified. It is originally from an anonymous source at 4chan. Some of the information matches previous announcements from CD Projekt, others are logical conclusions, but in our opinion some things also sound fictitious.
As soon as there is an official announcement for Patch 1.5, you will of course read it first with us.

According to the alleged leak, which comes from an unnamed “insider” and is now widely shared, there should be a lot of important innovations in the patch. Some of them are features that players have been wanting for a long time.

That is why Cyberpunk 2077 is even to be renamed “Samurai Edition”, ie to get a soft relaunch. Here on Reddit you can read the entire list:

The most important (alleged) changes in the overview:

Especially transmog, better AI and a garage for bought cars have been wishing for many fans since the release. So far, it has mainly been tireless modders who have taken on such features. Some of them now also officially work with CDPR.

You really don’t have to be an insider to be able to conclude on the basis of previous statements and work by CD Projekt that these things are probably being worked on. Whether all of this will be implemented with Update 1.5, however, is a different matter. 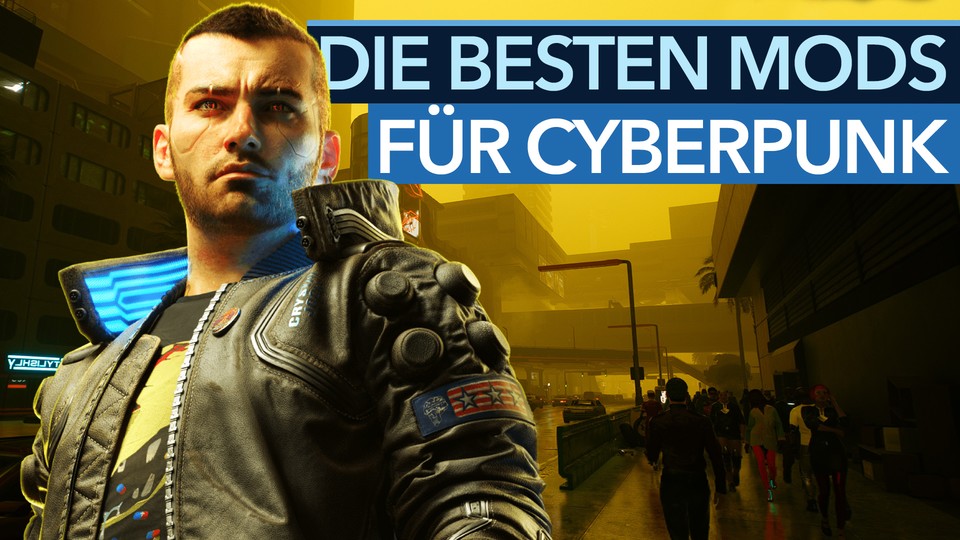 The alleged ones, on the other hand, seem much bolder Enlargement revelations, is currently working on the CDPR according to its own information – but it will only appear after Patch 1.5. The big add-on is supposed to focus on the Pacifica district, which is obvious since this area is still relatively undeveloped in the main game.

According to the leak, a new »Combat Zone« is to be created in Pacifica, in which two new gangs will fight for supremacy, the »Psycho-Clowns« Bozos and the group »Slaughterhouse«.

Both gangs also exist in the pen & paper template, so their appearance would not be absurd in principle. According to the alleged leak, the combat zone should feel “like stalker-inspired”. However, there is no precise explanation.

At this point at the latest, we also doubt the credibility of the leak, since cyberpunk has about as much to do with stalkers in terms of feel as the Maelstrom gang has with horticulture.

What else does the alleged leak mean? Allegedly Cyberpunk 2077 gets its own mini-game – something similar to Gwent for The Witcher 3. It is supposed to be about virtual monsters in cyberspace that you send into JRPG battles. According to the source, the mini-game should even have a multiplayer component. That would fit in well with earlier statements by CDPR, according to which one no longer plans standalone multiplayer, but rather multiplayer components.

If you are waiting for the announced cyberpunk anime Edgerunners, then the leak also announces good news: It should unbelievable good look and remind of the classic Akira. Here you can read what we officially know about Edgerunners so far:

Cyberpunk 2077 as Anime: Everything about the Netflix series Edgerunners

How credible is it all?

Without knowing the source it is of course almost impossible to assess its credibility. Sometimes the information sounds quite consistent, especially when it comes to the small DLCs, transmog, revised AI and more customization options.

But it is more than questionable whether there are really so many major changes in a single patch. So far the updates have brought rather small innovations (and many bug fixes). CDPR emphasized again and again that big changes to an open world are a huge challenge because everything is interrelated.

Most of the comments are accordingly skeptical Reddit and Twitter from: For some, the leak sounds “too good to be true”. Some also fundamentally doubt that CDPR will deliver such large features and believe that the developers will instead concentrate fully on the paid extension. In the last quarterly report, the studio was vague about the future:

The alleged new mini-game is even more difficult to assess. From the leak it is not clear when it should appear at all, whether it is directly in the Pacifica extension or is simply planned at some point.

When will patch 1.5 appear? The major update has no specific release date yet; according to the official roadmap, it is planned for the 1st quarter of 2022. We will let you know immediately if something more precise arises!

What do you think about the leak – credible or wild? What innovations are you hoping for from Patch 1.5? Let us know your thoughts in the comments!