iPhones and iPads with newer iOS versions can be made unusable due to a security hole. It is apparently possible to force the cell phones and tablets to reset via Apple’s HomeKit. Apple would like to take its time to clean up the error. 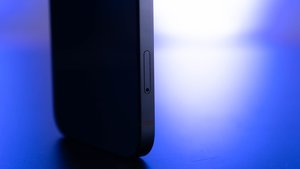 Security researcher Trevor Spiniolas points out an extensive loophole in iOS, which can have unpleasant consequences for owners of iPads and iPhones. With the so-called “door lock” problem, it is possible to Cell phones and tablets from Apple cannot be used close. Affected users have no choice but to perform a reset. Even restarting the device does not seem to be enough.

If the name of a HomeKit device is changed to a long string, then any device that loads the string will massively disturbed. It can then simply no longer be operated. Restoring an iPhone or iPad and re-logging in to the iCloud account linked to the HomeKit device should trigger the error again (source: Trevor Spiniolas).

According to Spiniolas, the void exists at least since iOS 14.7 and can also be found in the latest iOS 15.2. Older versions of the operating system may also be affected. It is “likely that the error occurs in all versions of iOS 14”. In the worst case scenario, attackers could exploit the vulnerability with the help of ransomware.

In the video: Everything about the iPhone 13 models.

Security gap in iPhones and iPads: Apple reacts too late

According to its own information, Spiniolas has Apple informed about the vulnerability as early as mid-August 2021. Apple is said to have replied that they want to fix the problem in 2021. It was apparently not enough for that, now an update is to be published in early 2022 to get the problem out of the world.