Sith offspring Malak from Star Wars: Knight of the Old Republic has received his own short film.

The legendary Star Wars RPG Kotor becomes a series. Not officially, however, but thanks to fans who are realizing the project with the blessing of Lucasfilm in Unreal Engine 5 and 4K. Now is with Malak: An Old Republic Story the first short film has been released.

The video has been on the YouTube channel since December 24, 2021 Unreal Cinema available free of charge and generated over 700,000 views. No wonder, as the expectations of many viewers were quite high and the work of the responsible filmmakers was closely followed. But it’s best to just take a look at the first Kotor short film for yourself:

Was passiert in Malak: An Old Republic Story? The Malak short film is – not surprisingly – about the eponymous Sith Darth Malak, who played a leading role in the Kotor role-playing games. In the almost five-minute short film, the main focus is on the master / student relationship between Revan and Malak.

During the Jedi Civil War, Malak tried to betray his master because he found him increasingly weak and effeminate. As is common with most Sith, Malak wanted to murder Revan in order to take his place as the new master of the Sith. However, this betrayal cost Malak dearly and he had to pay for it with a serious injury to his jaw – as you can see in the short film.

However, Malak was later to make a second attempt to take the life of his master Revan – which ultimately represented the starting point of the Kotor role-playing game. If you do not yet know its action, we do not want to anticipate you too much at this point. After all, the plot of Knights of the Old Republic is covered in the course of a planned fan series.

What do the audience say? In the comments below the YouTube video, numerous viewers of Malak: An Old Republic Story are quite impressed. Above all, the great attention to detail of the short film is praised, while the synchronizing work and the overall look of the project in Unreal Engine 5 are well received.

However, there is a little criticism for the stiff and awkward animations of the movements of both Sith – despite the impressive choreographies of the lightsaber fight. However, it is questionable whether this feedback will flow into the other planned projects of those responsible at Unreal Cinema.


Incidentally, fans can also look forward to the return of the murderous killer droid HK-47.

What is the next step in the Kotor project? With Malak: An Old Republic Story, the Kotor fan project has only just started. Because those responsible behind Unreal Cinema are not only planning further short films for popular characters such as Bastila Shan, Revan or HK-47but a complete TV series.

The TV series is supposed to retell the story of Kotor in Unreal Engine 5 and offer a total of three seasons of ten episodes of 15 minutes each. At the moment, however, it is not known when exactly the episodes and short films will be released.

Incidentally, the entire Kotor project is being created with the blessing of Lucasfilmas long as certain conditions are met. For example, the makers are not allowed to earn money with films and TV series and are not allowed to use any official material. Accordingly, fans don’t have to worry that at least Disney will pull the plug prematurely.

This is how the Kotor fan series can come into being

The future of Star Wars in film, TV and games

By the way, Kotor not only gets an unofficial fan series, but actually also a real remake for the PC and Playstation 5. You can find out what this new edition has to do better than the original or exactly the same in the following video on the subject: 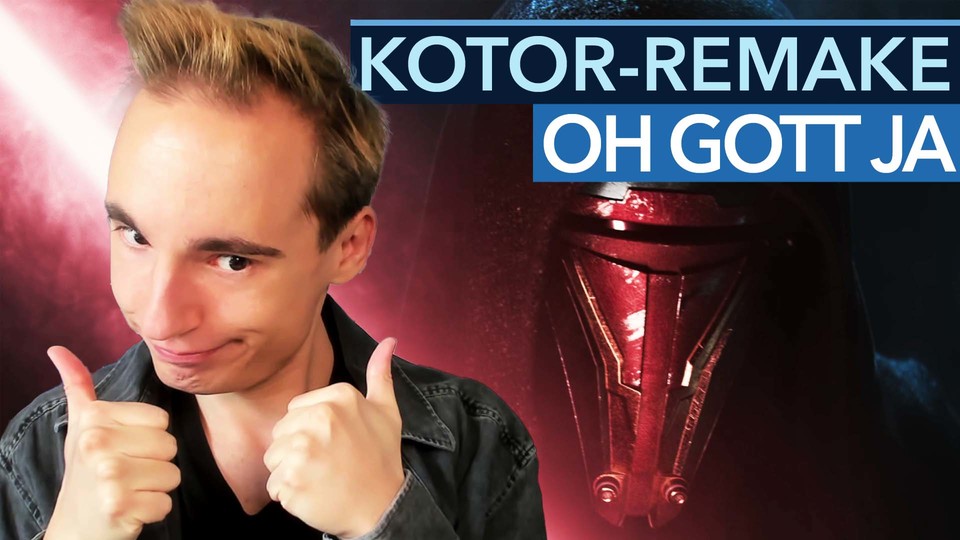 
Knights of the Old Republic – The most important remake in years

Besides the return one of the best role-playing games ever But there is also a whole range of new films and TV series planned for the cinema or Disney Plus. We not only provide you with an overview of this, but also all of the upcoming games in the Star Wars universe.

What do you think of Malak: An Old Republic Story? What are your hopes for the unofficial Kotor series? Let us know in the comments!