The metaverse-based game ‘Metaverse 2’ drew the attention of users by updating the 3D building modeling of 5 landmarks in 3D drawings in Seoul and New York.

According to the operating company The Future Company on the 4th, the targets for the update of the metaverse 2 3D drawing landmark buildings are Seoul Lotte Tower, Nine One Hannam, New York Times Square, Washington Square Park, and the Statue of Liberty. If you click the ‘Seoul 3D drawing’ or ‘New York 3D drawing’ button in the land purchase window, you can check the 3D drawings of Seoul and New York.

Regarding this update, Metaverse 2 users commented on this update in group chat rooms, etc. “The effort to manually color each landmark is great”, “Metaverse 2 has many sections that are unsatisfactory. It seems to be popular every time it is patched” and “I think the scenery will be spectacular once the general buildings are painted”, etc. 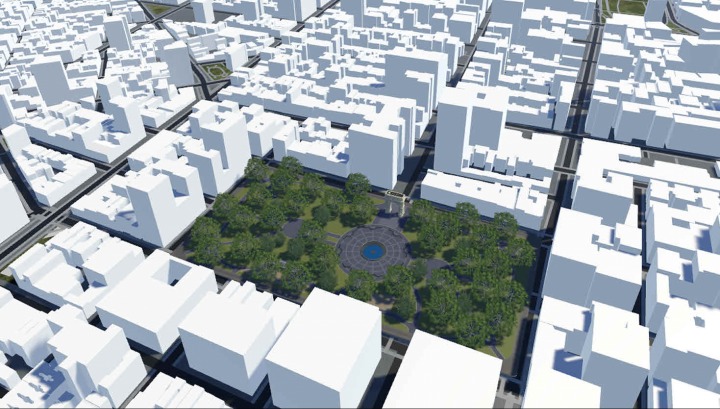 In other words, in Metaverse 2, a total of 16 landmarks are designated including Seoul and New York. Among them, the landmarks in which 3D buildings are provided to owners as non-fungible tokens (NFTs) are Lotte Tower and Nine One Hannam in Seoul. In New York, there are a total of seven locations: the Statue of Liberty, the United Nations Headquarters, the Metropolitan Museum of Art, Times Square, and Washington Square Park.

Other landmarks will also be added to the drawings after the 3D modeling work is in progress.