As part of CES 2022, BMW presented new technology for its e-cars: a version of the BMW iX with the suffix “Flow” can change color at the driver’s request thanks to e-ink film. But such a function could also pose problems. 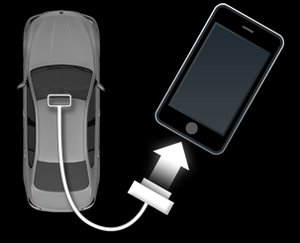 CES 2022 sends its regards again, electrical manufacturers traditionally present new products – or just show what they can do. The BMW iX Flow featuring E Ink belongs to the latter category. The bulky titled electric car from Bavaria, thanks to a coating with electrophoretic film, is supposed to be the Change the color of the body be able.

However, it is not colorful that E Ink can do just black or white. Color pigments are embedded in the film, which are brought to the surface by means of magnetic activation and thus become visible. A small current pulse is enough and black becomes white or vice versa:

According to BMW, drivers should adapt their e-car in this way and theirs Express your personality or current mood – the Instagramification of the car has begun and should also play a major role in the interior of the vehicle in the future.

Not just a gimmick: more range for e-cars thanks to color change?

So is the BMW iX Flow just a nice gimmick? Not only because BMW sees also practical use in color change, which is related to the reflectivity of different colors. If the electric car heats up too much in the summer heat, for example, you switch to a white exterior and save energy that would otherwise be used for the air conditioning. Conversely, this would reduce the load on the heating in winter.

The e-ink film can help e-cars with their range. Recently, however, range was not an important issue for BMW. Depending on the weather and light situation, BMW drivers could also use one or the other color better to see being.

It has not been announced whether BMW is planning to equip cars ready for series production – whether combustion or electric – with E Ink. Before that, you would have to take a few hurdles. So Last but not least, there should be problems with the road approval for the new feature. After all, the color is still a necessary information in the vehicle registration document. For that, BMW would have to come up with something.