After the holiday gifts marathon, the Epic Store is returning to its weekly rotation. This week awaits you Gods Will Fall, in which you really give nasty gods on the hat – if the high level of difficulty suits you.

As usual, we don’t just explain to you what this is about new free game acts and how it works, but also classify which types of players might feel addressed by it. We also take a look at the community opinions, also in comparison with our own test, so that you can assess the quality of the game.

That’s what Gods Will Fall is all about

The ten gods in the fantasy world of Gods Will Fall have been suppressing humanity for millennia and demanding obedience. Anyone who resists will be mercilessly cheated. Your group of randomly created heroes doesn’t like that at all, which is why they go to to finish off the evil gods one by one.

In the comparatively relaxed upper world, a realm of one of the gods waits behind special doors. And these biomes don’t just sit down random together and change with every playthrough, but are also teeming with the minions of the gods. So you mess with monsters in an iso perspective in order to finish off their boss god in the end.

Your current hero continues to develop, learn new skills and find better weaponswhich makes you stronger, more agile and more versatile in combat. But Gods Will Fall is not easy, which is why some players on Steam compare it to Dark Souls.

Moving pictures say more than 1,000 characters. So here’s a gameplay trailer from Gods Will Fall: 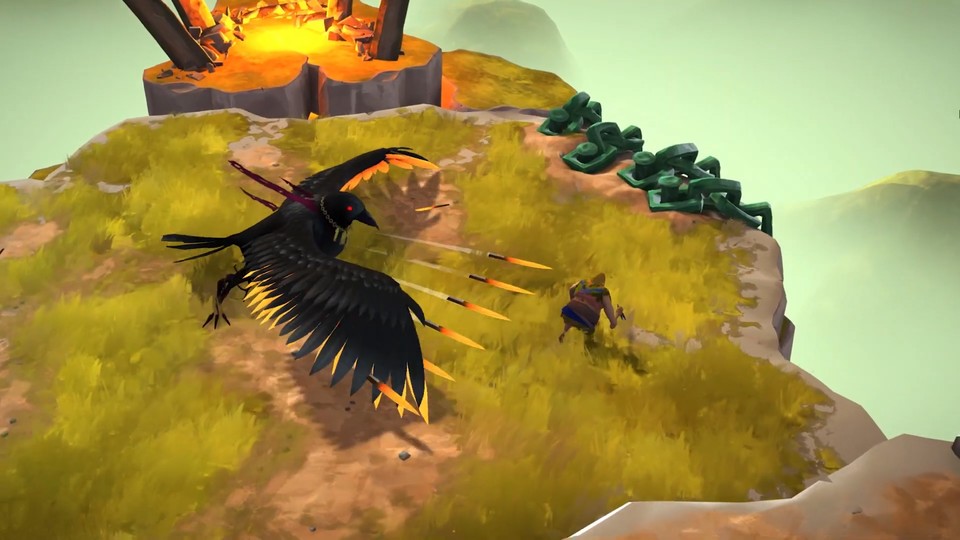 
Gods Will Fall – Gameplay from the Celtic action game

What’s in it: Epic is giving away Gods Will Fall in the Standard Edition, which, unlike the Valiant Edition, does not contain the Valley of the Dormant Gods expansion and thus does not contain three additional gods including biomes or extra skills and items. The add-on can be bought on Epic for 8 euros.

Who is the free game for?

Are you looking for a challenge? Do you like stylized, comic-style games? And ideally you don’t want to shell out any money for this? Then the current Epic gift could be the right thing for you.

But you should no in-depth role-playing system like in Diablo expect. Gods Will Fall sees itself as an entertaining action knockout. Nevertheless, one or the other ARPGer could find a worthwhile break because of the similarities in combat system and perspective.

Read our Gods Will Fall review for how we rate the quality of the game:

What are players saying?

on Steam the players of Gods Will Fall are precise split in two camps. 48 percent positive ratings are recorded balanced Mood. While half of them enjoy the level of difficulty, others criticize the fact that a large part of it is caused by imprecise control. Incidentally, the notchy controls are a point of criticism that we shared in our test.

Some reviewers also vehemently defend the game against the numerous critics or cannot understand why it is rated badly at all. This makes the currently missing price tag an ideal opportunity to get an impression of the game for yourself without any financial risk.


Have you tried Gods Will Fall and want to share your thoughts with undecided readers? Write your experiences in the comments!