GIGABYTE Technology Co., Ltd. JC Hyun Systems Co., Ltd. (CEO: Jung-seok Cha), the official domestic supplier of LTD (hereinafter referred to as Gigabyte), announced that it has released the Intel B660 / H610 motherboard with both performance and durability.

The newly released Gigabyte B660 / H610 motherboard has the advantage of being able to build Intel 12th generation CPU systems at a more reasonable price. In addition, as it has a stable power supply configuration from mainstream to entry products, it is possible to use Intel’s newly introduced Big-Little (P-Core E-Core) CPU more stably and effectively, as well as overclocking memory using XMP.

Lastly, GIGABYTE’s B660 / H610 motherboards are equipped with an ultra-durable solution by default, and durability and stability such as Anti-Sulfur design and surge protection have been greatly enhanced. Therefore, it is expected to gain a lot of interest from users who build new PCs. 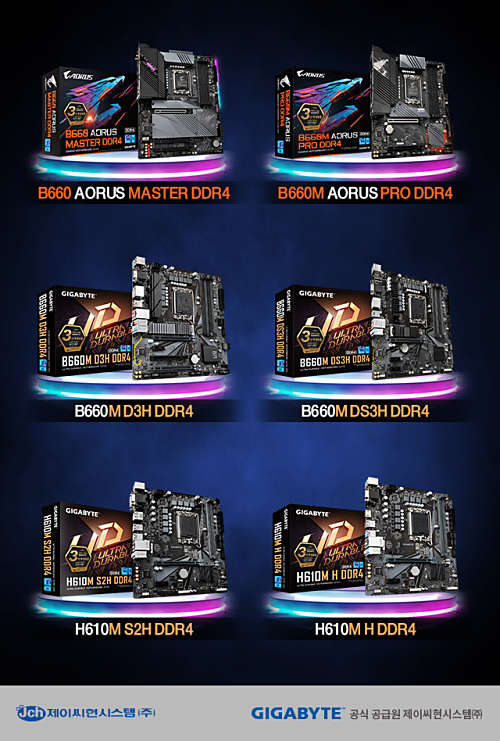