At the Media Day held ahead of the start of the LCK spring, which will determine the strongest player in the spring of 2022, it was predicted that Gen.G and T1 would form a two-way structure.

League of Legends Champions Korea (CEO Sang-Heon Oh, www.lolesports.com, ‘LCK’) held a Media Day on the 5th at the CGV Yongsan I’Park Mall LCK Hall (Hall 16) in Yongsan-gu, Seoul, gathering the coaches and representative players of 10 teams participating in the 2022 LCK Spring in one place.

After making an assessment for 2021, the 10 team participants expressed their determination for 2022. Damwon Kia’s ‘Showmaker’ Su-su, who won the spring and summer championships in succession in 2021, said, “We were recognized as the best team in Korea by winning all of the LCKs, but it was a year we didn’t finish properly because we didn’t win the Mid-Season Invitational and World Championship.” He said, “There are a lot of changes in our team ahead of 2022, so it may be sluggish at first, but we will laugh at the end and we will achieve meaningful results in international competitions.”

Gen.G coach Koh Dongbin said, “The players who stood out in each position in 2021 gathered with Gen.G.” He said, “I think the role of the coach is to make the players achieve the best performance and teamwork. I’ll try,’ he said.

T1 Lee Sang-hyeok said, “Each year, whenever I prepare for the season, I aim to become a better me than last year. I am concerned that I have never won a championship in 2021, but I will work with my teammates to make sure I can do it this year.” expressed his resolve.

LCK Secretary General Lee Jeong-hoon said, “Since the introduction of the franchise system in 2021, meaningful achievements have been made thanks to the 10 teams and fans here. said.

Tickets for the 2022 LCK Spring Regular League are 9,000 won on weekdays and 11,000 won on weekends, and reservations can be made through Interpark 48 hours before the start of each match. The total number of seats sold is 287, including wheelchair seats, and to prevent no-shows and tickets, the 1st and 2nd match package products are not operated. Purchase is limited to one ticket per person, and you must go through the identity verification process every time you enter ROL Park and LCK Arena. Fan meetings will not be held to prevent the spread of COVID-19.

In the 2022 LCK Spring Regular League, which will be held in public, the quarantine pass will be applied to all areas of ROL Park and LCK Arena in accordance with government guidelines. Only those who have completed the second vaccination 14 days after vaccination, PCR negative confirmation issued within 48 hours, those who are not vaccinated for medical reasons, and those under the age of 18 who were born before December 31, 2009 can enter. Even if you have purchased a ticket, entry will be restricted if you do not present the quarantine pass or if you have symptoms of Corona, such as fever or respiratory disease.

The 2022 LCK Spring will start a two-month regular league starting on the 12th with a match between DRX and Liv Sandbox, and T1 and Guangdong Freecs.

The coaches and players of 10 teams participating in the 2022 LCK Spring Opening Media Day are posing for a fighting stance. 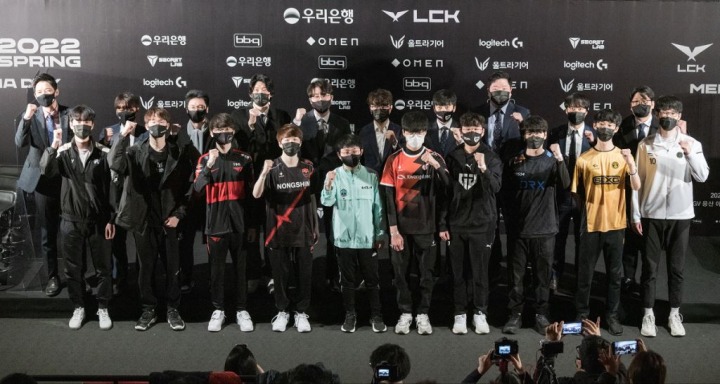 The coaches and players of 10 teams participated in the 2022 LCK Spring Opening Media Day. 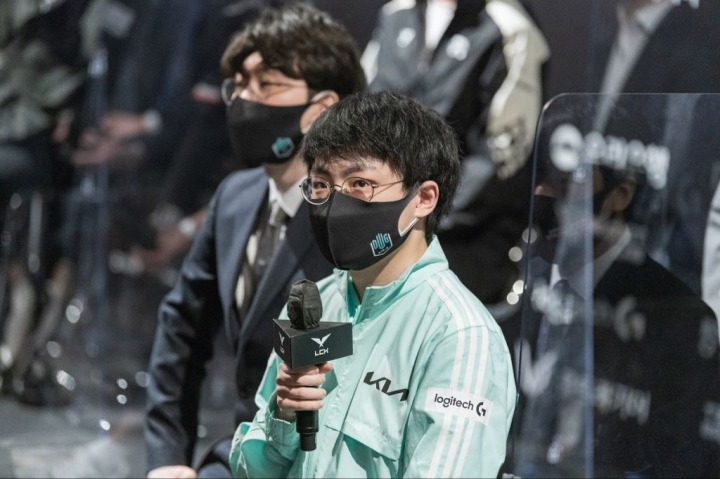 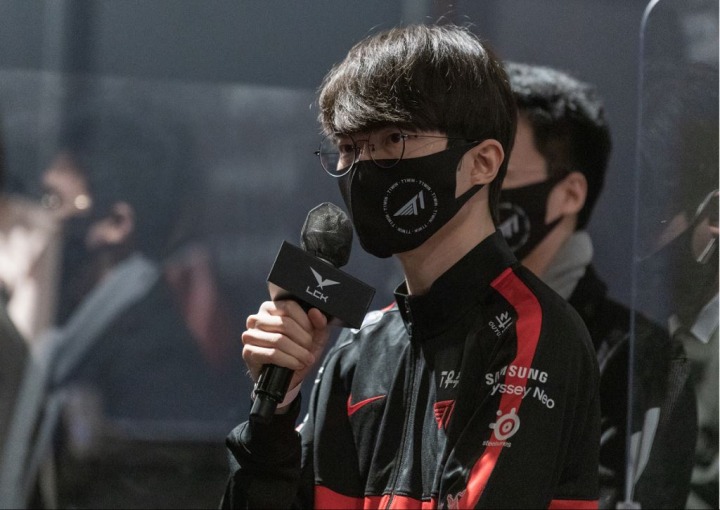 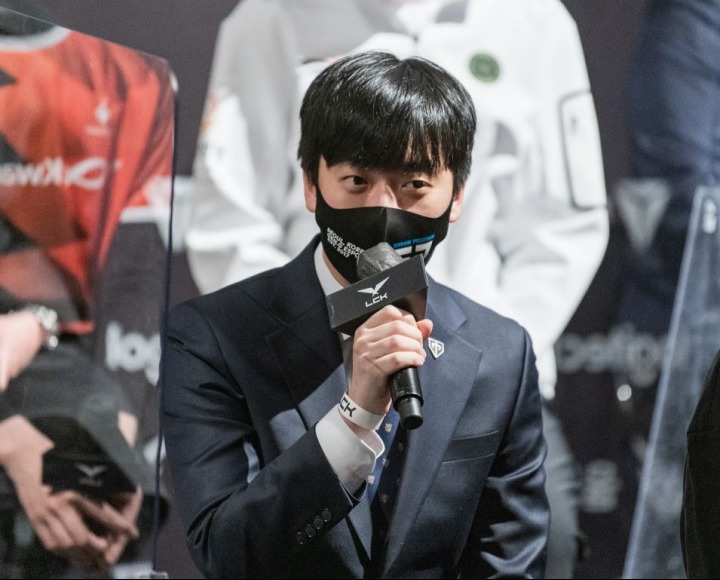 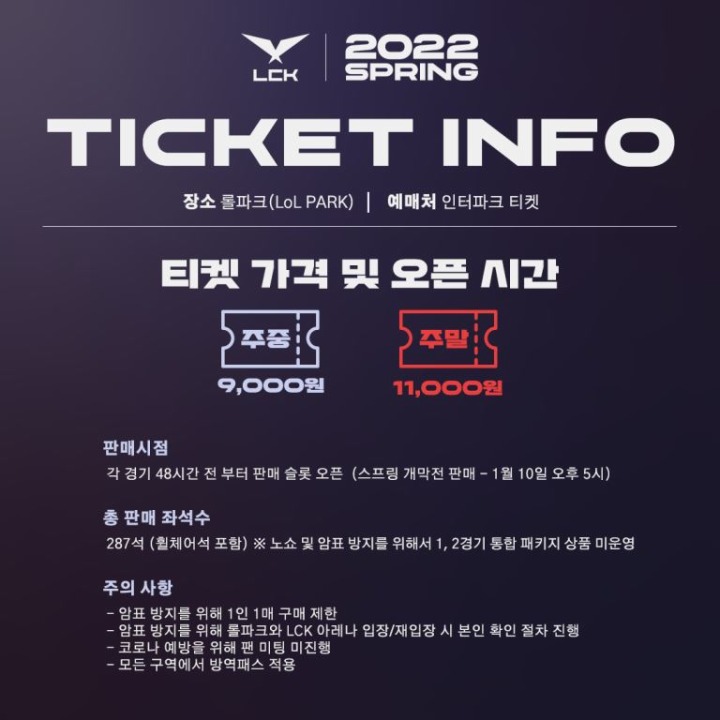 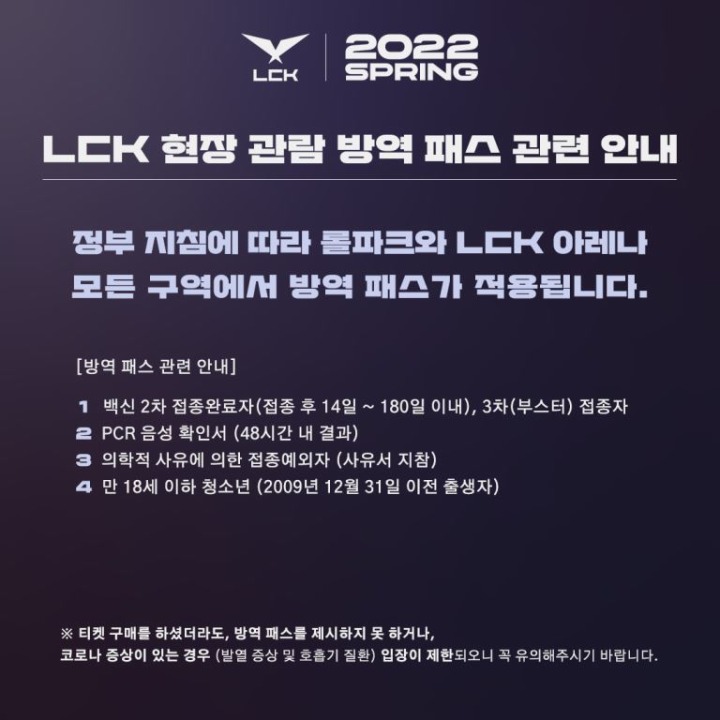 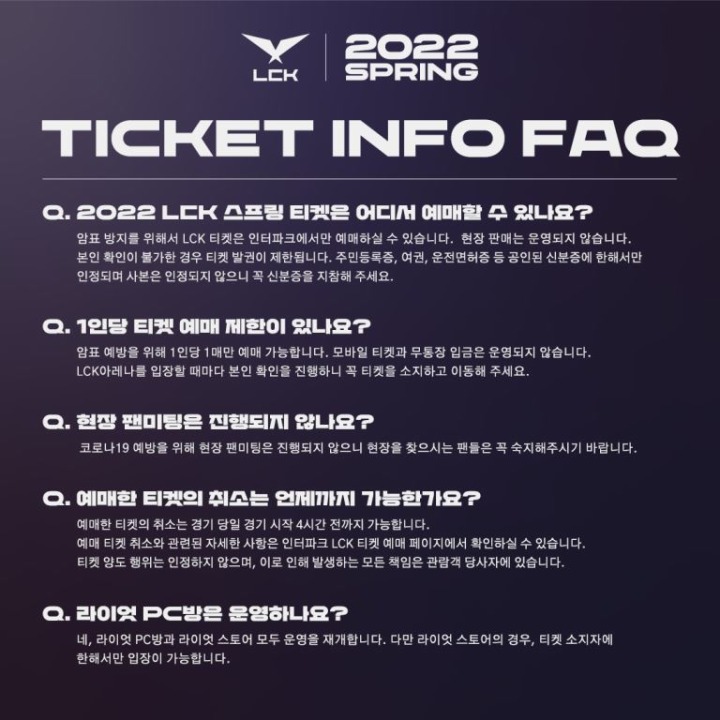