After 25 years, Castlevania: Symphony of the Night is back in honor: Konami’s influential Playstation classic is being reissued in a physical collector’s edition for PS4. The Collector’s Edition is released by Limited Run Games and is one of three versions that are produced in limited numbers. You can pre-order the special editions from January 14, 2022. Limited Run Games is aimed specifically at buyers who prefer to put their games on the shelf. We recently reported on the physical collector’s edition of Star Wars: The Old Republic, which was also reissued with numerous extras.

Strictly speaking, you even get two games, because of course there is in the box the Castlevania Requiem released in 2018. Behind it is nothing more than a collection from Castlevania: Symphony of the Night from 1997 and the direct predecessor Castlevania: Rondo of Blood, which was released in 1993 for the TurboGrax 16 (PC Engine). Both games are practically unchanged, but still play extremely well today and should not be missing in any Castlevania collection.

Limited Run will be the physical version of Castlevania Requiem in three editions publish. The game has no country restrictions and runs on any PS4 or PS5.

Contains the game on Blu-ray and a mini poster. 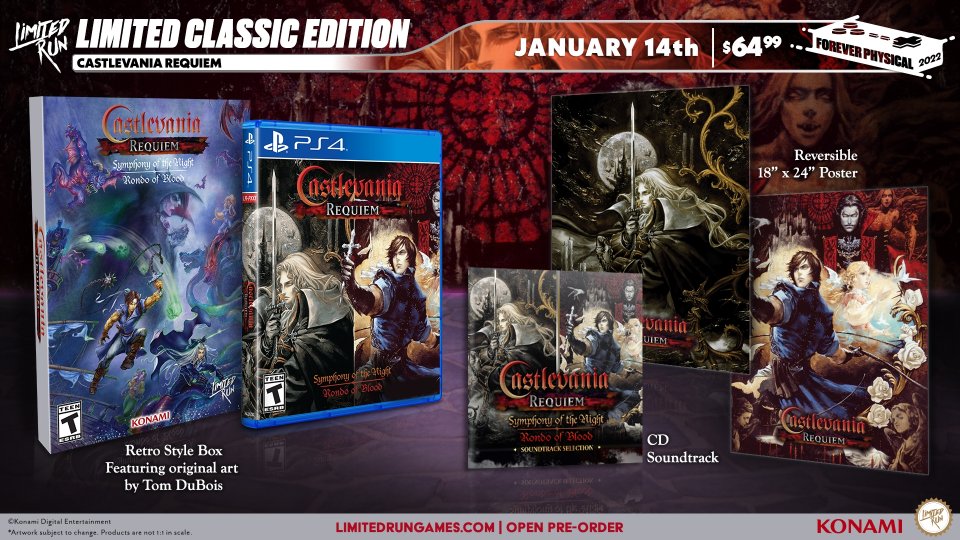 The contents of the Classic Edition

Contains the game on Blu-ray, plus a soundtrack with selected tracks, a double-sided poster (18 “x24” format) and a box with a retro design. 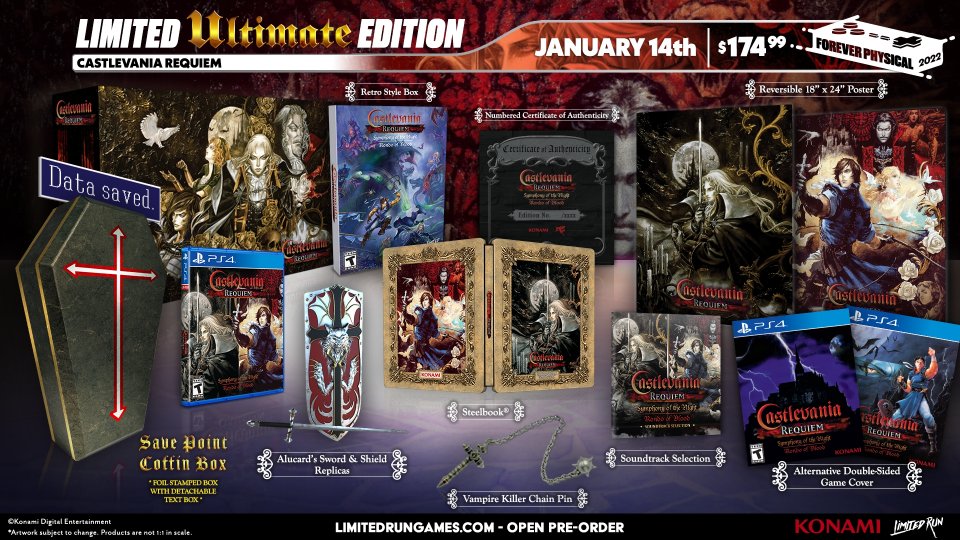 Contains the game on Blu-ray and the following extras:

All three issues can be pre-ordered from January 14, 2022 at 4 p.m. The promotion ends on February 27, 2022 at 5:59 a.m. Limited Run Games also delivers to Germany, Switzerland and Austria. Note that there are shipping fees in addition to the purchase price.

Recommended editorial contentHere you will find external content from [PLATTFORM]. To protect your personal data, external integrations are only displayed if you confirm this by clicking on “Load all external content”: