You don’t have much time, but you still don’t want to miss out on entertaining gaming fun in between? Then we have the perfect games for you! You can throw them on quickly and enjoy them fully in a crisp session.

Almost every gamer knows it: In around 30 minutes you have to get to the train, have an appointment or meet up with friends – throwing Red Dead Redemption 2 on now or starting a new round of Civiciliation 6 is no longer worth it.

Now you would need something more entertaining. Anything that won’t take more than half an hour. We have selected 15 games for you that offer you just that. Curtain up for 15 gaming snacks that you can play perfectly in between.

The round has to be square and a game takes just under 5 minutes … or something like that at least! Rocket League is just the thing for in between. The short rounds can go a little longer thanks to numerous goals and overtime, However, you usually never have to plan more than 10 minutes for a match.

In addition, the game starts quickly and a match is found almost as quickly – unless you are looking for people who can play basketball mode online with you. That can take a while …

And if you prefer the classic variant instead of car soccer, you can also bridge a few minutes with FIFA every now and then – no matter which part! You can determine the length of the halves yourself before the game – And of course there is always time for a short match with his home club against the hated rival.

The absolute classic game Tetris should of course not be missing from this list – but only works if you are not an absolute block ace. If you can still easily slam away one row of four after the other even at maximum speed, you can put a lot of time into a single lap.

The tough puzzle shooter series Hotline Miami is basically also perfect for killing a little time. The first levels are often quite short and crisp, but later it gets a bit more demanding.

A short round in Call of Duty multiplayer is usually completed after 15 minutes at the latest – especially game modes like “Free for All” or “Team Deathmatch” offer entertaining action in small bites, no matter which series part you play.

While many battle royale games like PUBG or Call of Duty: Warzone tend to drag on, the laps in Apex Legends are usually done after around 20 minutes. No wonder, after all, a large part of the shooter’s gameplay also consists of getting from A to B as quickly and agile as possible.

The strategy role-playing game Fire Emblem Heroes from Nintendo is only available for Android and iOS and has accordingly also been optimized for use on mobile devices. Compared to the offshoots of the main series, the gameplay has been greatly simplified, the tactical skirmishes usually end in a few minutes.

In the Dungeon Crawler Hades you take on the role of Zagreus, who tries to fight his way through the underworld to Mount Olympus. On your way you will receive upgrades that strengthen your weapons and skills or give you more life energy. If you bite the grass on your way to Olympus, that’s no problem either: First, a run usually only takes 15-30 minutes. Secondly, you also collect a currency during your experiments, which you can put into the permanent improvement of your weapons, health points and skills. So with every failed run you get better from time to time.

Anyone who has always wanted to build their own vault should definitely take a look at Fallout Shelter. The mobile game is perfect for in between, because you can complete many tasks and place new orders within a few minutes. Then you can safely quit the app, because your Vault residents need a few hours to implement your commands. Little by little, your shelter is enlarged, you get more types of buildings to choose from and you have to face new dangers.

What applies to Apex Legends also applies to Fortnite in the end. The Battle Royale game from Epic Games convinces with a fast gameplay and short rounds, can therefore be started without any problems even if you only have half an hour left.

Fancy a bit of demonic grimacing? In Diablo 3 you cut your way through huge hordes of monsters. Loot and level is the motto! With the right build, even rifts can be closed in minutes and you will gain a few tons of gold and suitable equipment.

The mobile offshoot League of Legends: Wild Rift is also suitable for the short round in between. After all, the matches usually last just 15-20 minutes. The game principle corresponds to that of the main game. With a team of 4 comrades you go into battle in the role of a hero of your choice. Your goal is to break through to the enemy base and destroy the nexus of your adversaries. To do this, you have to gradually destroy enemy towers that would otherwise slow down your advance with fire and defeat other player heroes.

By fighting computer-controlled minions, you collect money and experience points. While you can invest the money in new equipment in your base, you can improve your skills with level-ups.

There is simply nothing better than taking 5 minutes to polish Eddy Gordo’s face in Tekken. Representing all the times your buddy has driven you crazy with Eddy and his ridiculous helicopter capoeira move!

Canabalt was one of the earliest popular endless runners. In the role of a young suit-wearer, you jump over the roofs of a city that is collapsing behind you. As long as possible you have to try to avoid obstacles and overcome great abysses. Canabalt is available for iOS, Android and PC, but Android users report that a glitch on new devices means that your runner is way too fast at the start. So if you can, it’s best to grab the iOS or PC version right away.

The races in the current Forza Horizon 4 offer entertaining racing fun, otherwise all digital racing drivers can simply pound through the open game world for a few minutes and admire the wonderful panoramas of virtual Great Britain. 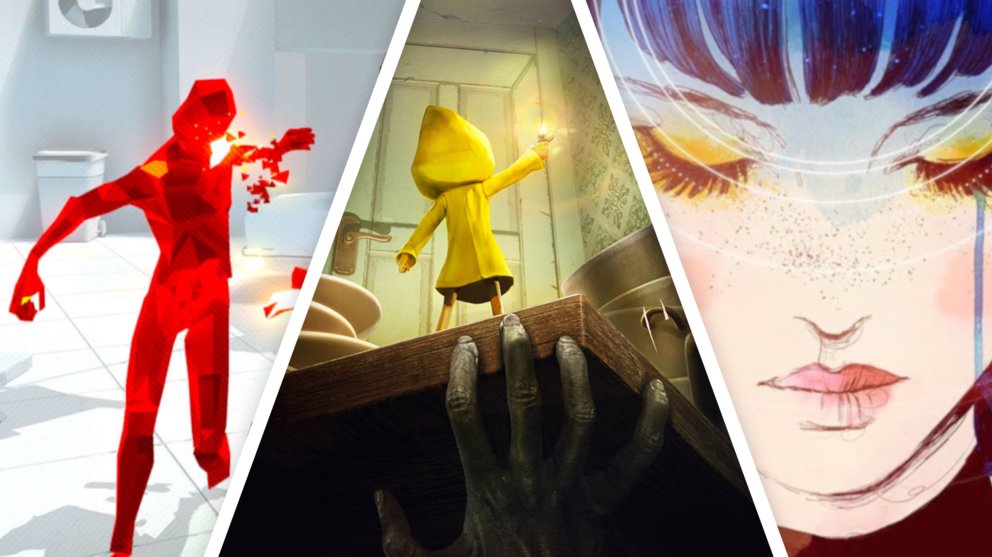 Are you looking for short games that you can play through in a row within a few hours? No problem! We can offer you that too!

31 short games that you can play through in one evening