The combination of zombies and parkour already worked well in the first part, which is why developer Techland is probably acting on the “more is more” motto for Dying Light 2. The game should take 500 hours of play for a complete run. 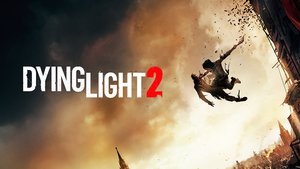 Dying Light 2: Game time will be a real challenge for trophy hunters

Dying Light 2 wants to keep its fans busy for a long time. Developer Techland announced on Twitter that it was a whole 500 hours complete the full game. This means the famous 100 percent, i.e. creating of all challenges and really all of the content of the game. According to Techland, that also closes all possible endings of the gameSo to get to 500 hours you would have to play at least parts of the game multiple times.

However, if there is a separate trophy or challenge for each end, you will probably have to play the main story again to get 100 percent. In the tweet, Techland also explains that it takes just as long to walk from Warsaw to Madrid. Unfortunately, they do not reveal what three weeks of walking have to do with three weeks of continuous gaming. Perhaps this duration is used just as graphically in Poland, Techland’s home country, as it is in Germany, soccer fields and Saarland, to illustrate greatness – you don’t know.

Skyrim, AC or The Witcher: other “open world” games cannot keep up

When it comes to single player open world games, Dying Light 2 will top the list when it comes to getting a game up to 100 percent. Open worlds are generally quite time-consuming, but none of them have reached the 500 hours of Dying Light 2 so far. RPG classic Skyrim asks good of perfectionists 232 hours. (Those: HowLongToBeat). A “Ubisoft Open World” like in Assassin’s Creed Valhalla should you 135 hours occupy. (Source: HowLongToBeat). With Geralt you spend in The Witcher 3 whole 173 hours for the 100 percent. (Source: HowLongToBeat).

Before you panic, Techland announced after some shocked fan reactions that you can see the main and side missions as well as a good part of the world in under 100 hours. The 500 hours are only aimed at trophy hunters and perfectionists.